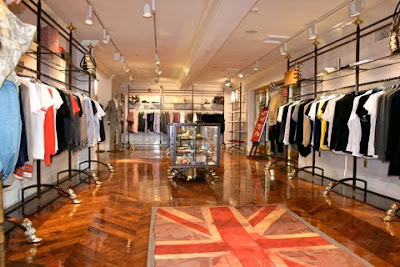 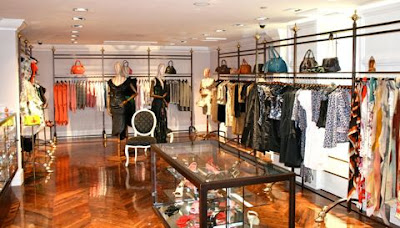 Vivienne Westwood is the latest designer to heed the call of L.A. The designer has just opened her first U.S. flagship, located on a prime stretch of Melrose Avenue—a three-story, 10,000-square-foot retail space, designed by Westwood and her CEO for America, Cristiano Minchio, inspired by gilded Parisian hotels. It will also house the brand’s first U.S. showroom. Having quietly opened its doors on Friday, at the outset of Grammy weekend and just two weeks shy of the Academy Awards, Minchio confirmed that “being here [in L.A.], we are now positioned to work with even more celebrities than we already do. It’s why Los Angeles as a market is so important for us right now.” (Last night, the label scored a Grammy coup: Glee star Dianna Agron wore Westwood’s Gold Label.)

Taking up the first half of the eco-friendly space is the accessible Anglomania collection, which has expanded to meet the renewed interest in the brand. The MAN range also occupies a sizable chunk of real estate, accentuated by European stone and brass details. Also on hand are Westwood’s signatures: accessories including the iconic pirate boots, tartan plaids, the Red Label, and her corseted Gold Label dresses that sit poised for their red-carpet turn.

The SoCal location may seem a bit unexpected for the international brand, which doesn’t yet have an NYC outpost, but the choice was obvious for the It-Brit label. Los Angeles is “halfway between London and Shanghai, which are the two major centers of our business. We will get to New York, too, but we wanted to start out in the U.S. here,” Minchio says. Expect a strategic rollout of more U.S. locations to come.
8320 Melrose Ave., L.A., (323) 951-0711.