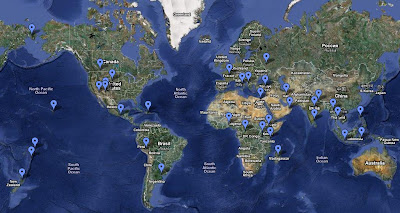 "On nearly every continent, and for all of recorded history, thriving cultures have recognized, revered, and integrated more than two genders. Terms such as transgender and gay are strictly new constructs that assume three things: that there are only two sexes (male/female), as many as two sexualities (gay/straight), and only two genders (man/woman).

Yet hundreds of distinct societies around the globe have their own long-established traditions for third, fourth, fifth, or more genders. Fred Martinez, for example, was not a boy who wanted to be a girl, but both a boy and a girl — an identity his Navajo culture recognized and revered as nádleehí. Most Western societies have no direct correlation for this Native “two-spirit” tradition, nor for the many other communities without strict either/or conceptions of sex, sexuality, and gender. Worldwide, the sheer variety of gender expression is almost limitless. Take a tour and learn how other cultures see gender diversity."