Romantic painter Caspar David Friedrich (1774-1840) captured the dilapidated grandeur, the lonely alienation, and the sweeping emptiness of ruined abbeys around Europe. The Romantics of the period created paths around and placed benches in or near these ruins to watch the powerful force of nature reclaim the land.

I first learned of Friedrich's work through a book that had a very large influence on me when I was a teenager, ROMANTIC ENGLAND by Peter Quenell, which I wrote about here. Quenell's book showed etchings, watercolors, and paintings of ruins by Romantic artists of the day.

Although not specifically holiday themed, there is something about Friedrich's work that I associate with this time of year. Many of his scenes take place in snow, but even when they don't, they feature bare tress against a stark sky. 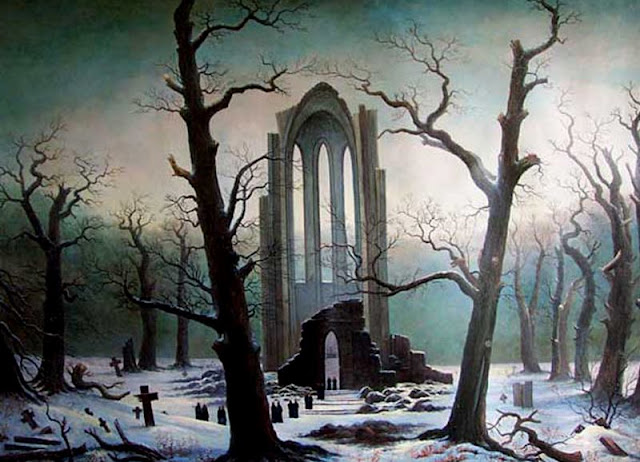 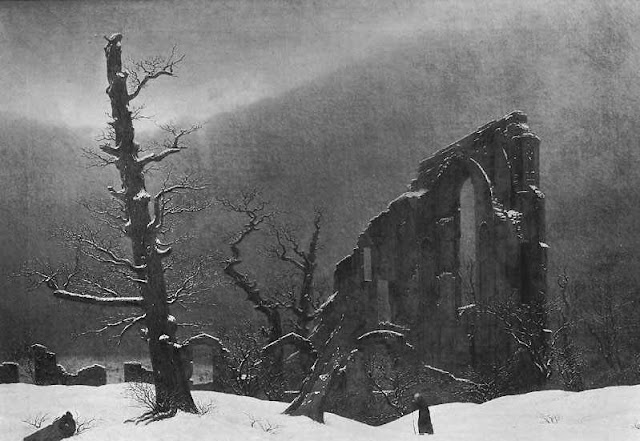 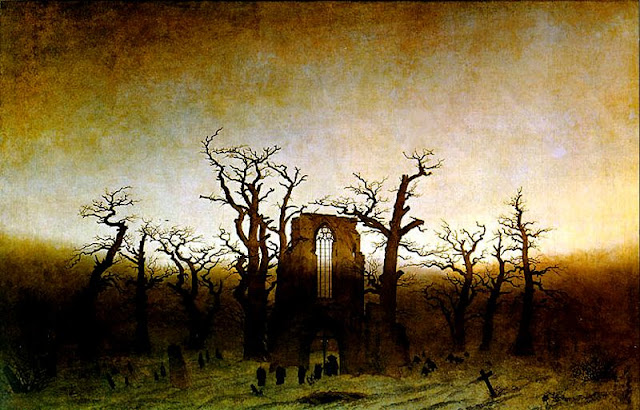 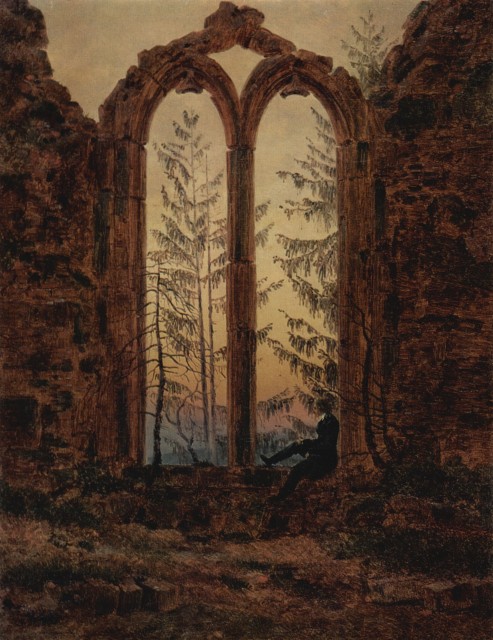 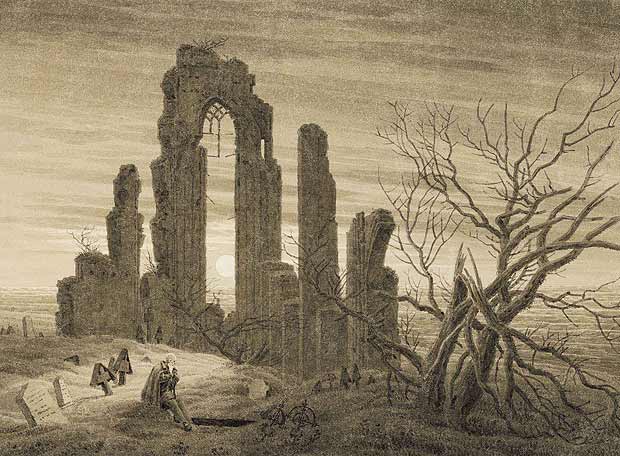 Top to bottom: Monastery Cemetery In Snow; Monk in the Snow; The Abbey in the Oakwood; The Dreamer; Winter-Cloister Ruins and Churchyard By The Sea
Posted by Jeff at 4:06 PM