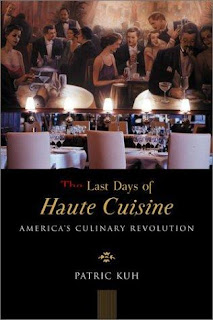 I am very interested in food: its tastes, flavors, textures, and ingredients. And I have always been interested in special cuisine and unusual dining experiences. I recall a meal I had with a dear friend many years ago, when I was in my early 20s, at an Ethiopian restaurant. We were seekers of taste, learning about the balance of savory and sweet/ hot and cold/ soft and crunchy, and had already worked our way through Moroccan, Indian, Italian and “nouvelle cuisine” (a local favorite of ours served a marvelous peanut butter and bacon pizza!). We would savor dishes, identifying herbs and spices so as to recreate these dishes at home. In this way, we refined our taste buds, honing in on and isolating tastes. So we found ourselves sitting in a darkened, atmospheric den listening to the lovely Amharic language coming from the kitchen which sounded like rain softly falling on the roof, and smelling fragrances both familiar and foreign... and we knew there was nowhere to go but deeper. During that meal, we discovered that basically, all world cuisine starts with the same building blocks, but each region distinguishes itself with spices. Sometimes one even finds the same set of spices from region to region, but each country or ethnicity manages to make it individual by the combination of spices and flavors, a little bit more of this taste, a little bit less of that taste.

I have sought out grander and grander food adventures over the years and have had the pleasure of dining at some of the most fascinating and unique places, some run by chefs of renown, like the legendary Cibreo run by bon vivant chef and author Fabio Picchi in Florence (Chef Picchi made me a parmesan flan with wild boar ragout that was one of the finest things I have ever tasted), or the private atelier of Dominique Bouchet in Paris (where Chef Bouchet prepared a beautiful five course lunch in front of us), or Le Versance in Paris which soars under the wild, entertaining imagination of chef Samuel Cavagnis, or rising star David Kinch’s excellent Manresa in Northern California (where I was served a mind-boggling—and delicious— amuse bouche: a sorrel sorbet floating in a juniper soda!), or chef and best-selling author Susan McKenna Grant's exquisite, glorious agriturismo La Petraia in the Tuscan countryside (where I have had several lunches full of seriously breathtaking ingredients right from the farm, served in stunning presentations), and of course, the little California Mission/Arts and Crafts cottage that started it all, Alice Waters’ Chez Panisse in North Berkeley, the gourmet ghetto of the West (I go here every year for my birthday).

And I am aware that such an interest in food is now “trendy” and I am aware that the slightly derogatory name slapped on me for my interest is “foodie,” sometimes uttered with a belittling sneer because my interest is seen as pretentious. But participation in the culinary world is as rewarding as seeing exciting new art, or watching a new film, or reading a book by a new provocative author. We all eat; why not eat something interesting?

So it was with great interest that I read THE LAST DAYS OF HAUTE CUISINE by Patric Kuh. The book details the shift in consciousness around food, from the days when haute cuisine was indeed haute, to our current attitude toward food, dining, and cuisine. At the turn of the century and well into the 1920s, 30s and 40s, the pinnacle of food was the French restaurant. This bastion of manners, social strata, and indecipherable menus (even for some who spoke French) was to demonstrate the superiority of French cooking. But after the war, into the 1950s and 60s, several individual phenomena sprouted and took root, changing how we eat forever. Post-war prosperity created a new class… the “Middle Class” who moved out to the suburbs, and had money to spend on products, homes, cars. Suddenly a whole new demographic could afford to eat out, and the tuxedoed men and fur-draped women, the very caricature of the wealthy straight out of a “Three Stooges” film, had to get used to sharing. But the codified and rarefied world these men and women were used to made no sense to the new comers. The restaurant world was forced to change, and those who did, thrived. Menus were no longer written in French, but English with a description of the dish itself, and not simply a region or name after it. Around the same time, Julia Child became a household name; true, she was advancing French cooking, but her passion lay in the simple rustic ingredients found in le pays, the French countryside. Indeed, the words simple, rustic, fresh came to exemplify this new way of thinking about and eating food. And out of the counter-culture revolution of Berkeley in the 1960s came a charming little experiment, Chez Panisse, run by utopian dreamers who had absolutely no chef training at all. Alice Waters had been to France and had fallen in love with, yes, the simple, rustic, fresh—and seasonal—way of eating and cooking. She and her band of merry cooks plowed head first into territory that was previously held behind a red velvet rope.

Kuh, knowledgeable and with good insight, outlines this change in culinary culture and gives us plenty of evidence to consider. People, places, cities, restaurants, chefs, and restaurant owners are recounted in this colorful history, and I learned a lot about the gastronomic revolution of the last fifty or sixty years. But Kuh tells this story out of order, jumping around, sometimes without any warning, shifting time and place. It is a little puzzling at times. This, coupled with the fact that Kuh’s prose is often clumsy, stilted, and sometimes unnecessarily circuitous (I found myself re-reading sentences over and over to glean his meaning), makes the book sticky and sluggish in places. He also populates this history of 20th century cuisine with anecdotes from his own personal history, which while charming on their own, only muddies the waters of the larger history. He did not have to choose between writing an historical documentary or a memoir; it is possible to incorporate both into an entertaining whole. I suspect he just doesn’t know how to do that. But don’t get me wrong… these things did not ruin the story for me. I still followed the history and am now all the more educated and enriched for it.

Recommend? Yes, I think so. If you are at all interested in restaurants and culinary culture/history, you will enjoy it. It is on the shorter side and a fairly quick read, so the cons I mentioned above are easily overlooked as you enjoy the pros.
Posted by Jeff at 6:39 PM