"What Doesn't Kill You Makes You Weaker"

"What Doesn't Kill You Makes You Weaker"
A history of hardship is not a life asset
by Noam Shpancer, Ph.D. 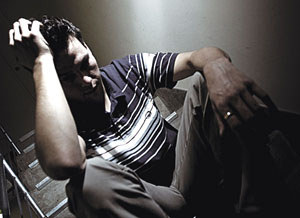 Friedrich Nietzsche, the German philosopher, famously said: "That which does not kill us makes us stronger." This notion found life beyond Nietzsche's--which is ironic, his having been rather short and miserable--and it continues to resonate within American culture.

One reason is that suffering, as Freud famously recognized, is an inevitable part of life. Thus we have developed many ways to try to ease it--one of which is bestowing upon it transformative powers (another is by believing in an afterlife, of which Freud disapproved; still another is cocaine, of which he was, for a time, a fan). Another reason is that American culture, born of trauma and imbued with a hopeful can-do ethos, wants to believe this idea, finding it self-affirming. Once we have acquired a certain belief we tend to see, remember, and report mostly instances and events that support it. This is called confirmation bias.

Another reason we think trauma may be transformative is that we see variants of this process around us. Bacteria that are not killed entirely by an antibiotic will mutate and become resistant to it. People who go through the hardship of training tend to improve their performance. But human beings are not bacteria, and good training is not a traumatic event. Now it is true that, in an evolutionary sense, those who survive a calamity are by definition the fittest. But it is not the calamity that made them so. For our minds, however, the leap is short between seeing the strong emerge from a calamity and concluding that they are strong because of the calamity.

Our brain is a meaning-making machine, designed to sort vast and varied sensory information into coherent, orderly perception, organized primarily in the form of narrative: this happened, which led to that, which ended up so. When two things happen together, we assume they are meaningfully linked, and then we rush to bind them in a quite unholy cause-and-effect matrimony. This tendency to infer causality from co-occurrence is not limited to humans; caged pigeons, receiving food at random intervals not related to their behavior, will nevertheless repeat any movement they happened to be doing before food appeared. The pigeons become, in a sense, superstitious.

As do we. In humans, many common beliefs are based on this error. Some are trivial, like a fan's belief that wearing his lucky jersey helps his team win. But others are weightier. Because parenting behaviors co-occur with children's developing personalities, many parents assume that their behaviors actually shape their children's personalities. The evidence from developmental research overwhelmingly shows that they don't. In fact, the causality is often reversed, as temperamentally-easy children enable their parents to feel competent. Good children often create good parents. Our eagerness to ease the pain of suffering by rationalizing it, along with our tendency to look for information supportive of our preexisting beliefs and see meaning and causality in co-occurrence, all help explain how we arrive at our belief in the school of hard knocks.

But the bulk of psychological research on the topic shows that, as a rule, if you are stronger after hardship, it is probably despite, not because of the hardship. The school of hard knocks does little more than knock you down, hard. Nietzschian--and country song--wisdom notwithstanding, we are not stronger in the broken places. What doesn't kill us in fact makes us weaker. Developmental research has shown convincingly that traumatized children are more, not less, likely to be traumatized again. Kids who grow up in a tough neighborhood become weaker, not stronger. They are more, not less likely to struggle in the world.

And the effect on adults is generally similar. For example, in one recent study, healthy adults viewed fearful and calm faces while undergoing functional magnetic resonance imaging to measure activity in the amygdale, the part of the brain that forms and stores emotional memories. Half of the participants were within 1.5 miles of the World Trade Center on 9/11 and the other half lived at least 200 miles away. Participants who were near the World Trade Center on 9/11 had significantly higher amygdale activity when looking at the fearful faces compared to those who were living more than 200 miles away. "Our findings suggest that there may be long-term neurobiological correlates of trauma exposure, even in people who appear resilient," said Dr. Barbara Ganzel, the lead researcher, "We have known for a long time that trauma exposure can lead to subsequent vulnerability to mental health disorders years after the trauma. This research is giving us clues about the biology underlying that vulnerability." When trauma and hardship do leave a mark, it is usually a bruise under the skin, not a notch on the belt.

Years ago, during my mandatory army service in Israel, I took part in anti-terrorist training that involved working with the K9 unit. I asked the unit commander where he found those vicious attack dogs of his. Most people, he said, believe that wild street dogs make the best anti-terrorist dogs, having survived the, well, dog-eat-dog world of the mean streets. But the truth is just the opposite. Street dogs are useless for this--or any other--work because they are unpredictable and not trainable. Dogs that have been well cared for, loved, and protected all their lives--those are the best anti-terrorist dog candidates.

And this is true for humans as well. Mayhem and chaos don't toughen you up, and they don't prepare you well to deal with the terror of this world. Tender love and care toughen you up, because they nurture and strengthen your capacity to learn and adapt, including learning how to fight, and adapting to later hardship.
Posted by Jeff at 10:46 PM