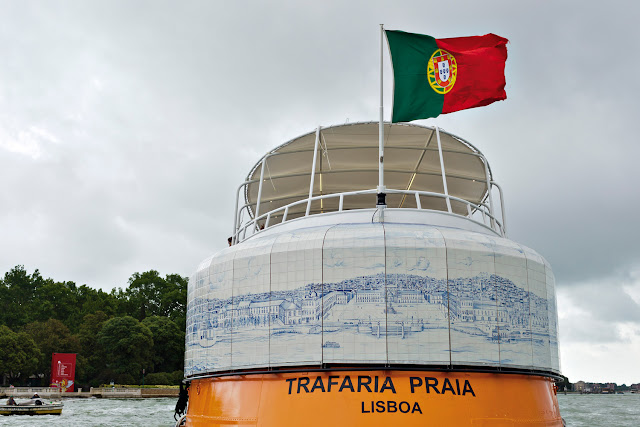 From the website for Joana Vasconcelos' installation at the current Venice Biennale (through November 24th, 2013):

"The Portuguese artist Joana Vasconcelos is a commentator on the real. She investigates the present through a critical reading of Western mythologies and iconographies. She explores mainstream values, habits, and customs in order to examine personal and collective identity with respect to gender, class, and nationality. Her practice involves appropriating familiar objects and images and meticulously re-elaborating them, often calling upon artisanal techniques affiliated with female labor and employing craft-related materials such as textiles and tin-glazed ceramic tiles.

Trafaria Praia is Vasconcelos's proposal for the Participation of Portugal at the 55th International Art Exhibition – la Biennale di Venezia. Her project addresses the historical relationship between Portugal and Italy, which evolved through trade, diplomacy, and art. Lisbon and Venice have many commonalities; both cities played key roles in broadening the European worldview during the Middle Ages and the Renaissance, redefining the imago mundi by establishing networks between East and West. Trafaria Praia looks at the contemporary contact zone between the two cities by examining three fundamental aspects they share: water, navigation, and the vessel.

Vasconcelos constructs an allegorical correspondence between an iconic Lisbon ferryboat, the cacilheiro, and the picturesque Venetian vaporetto.

Vasconcelos has brought to Venice an actual cacilheiro, the Trafaria Praia, and is presenting it as the Portuguese pavilion. Vasconcelos is also presenting the Trafaria Praia as her art. Informed by Marcel Duchamp's 'assisted readymade,' she has changed the object without removing its functionality. On the outside of the ship, from prow to stern, she applies a large-scale panel of azulejos (tin-glazed, blue and white, hand-painted ceramic tiles) that reproduces a contemporary view of Lisbon's skyline, from the Bugio Tower to the Vasco da Gama Tower. The work takes its inspiration from another large-scale panel of azulejos, the Great Panorama of Lisbon, which depicts the city before the legendary earthquake of 1755 and is a quintessential expression of the baroque-style golden age of azulejo production in Portugal. Vasconcelos has made other works that involve covering objects in azulejos; in doing this she evokes the material's frequent deployment in architecture.

On the ship's deck is an environment made of textiles and light. This also echoes past works by Vasconcelos, such as Contamination (2008–10) and the series Valkyries (2004–ongoing), in which organic, often colorful forms hanging from the ceiling interact with the surrounding architectural elements. This new work consists of a complex medley of blue-and-white fabrics all over the ceiling and walls, from which crocheted pieces, intertwined with LEDs, emerge to create a compelling effect. The installation suggests a surreal, womblike atmosphere or the deep ocean—something out of Jules Verne's TWENTY THOUSAND LEAGUES UNDER THE SEA, perhaps, or the Bible story of Jonah and the Whale. It envelops visitors, eliciting both an intellectual and a sensorial response." 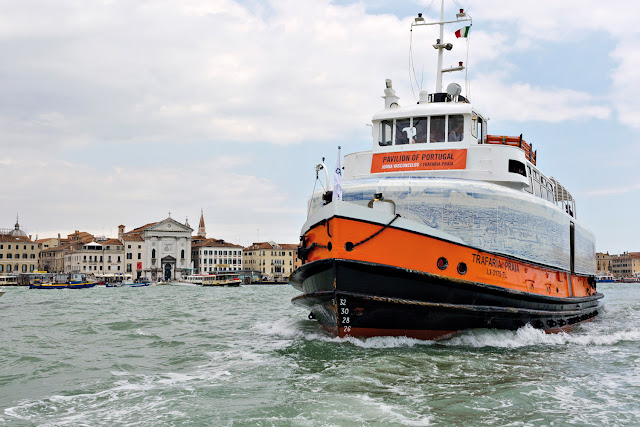 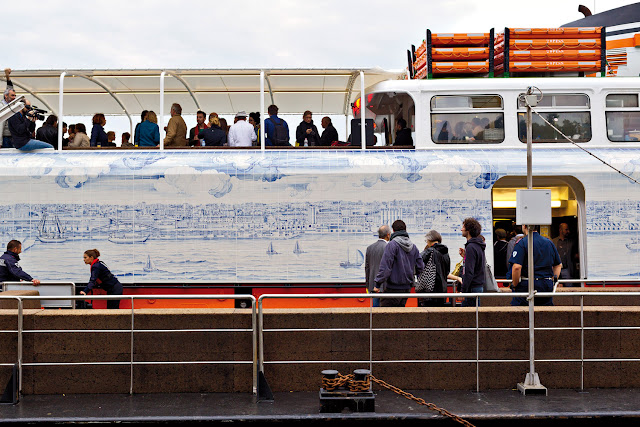 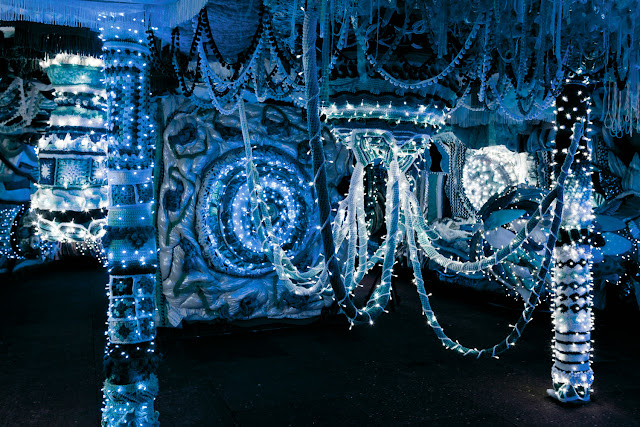 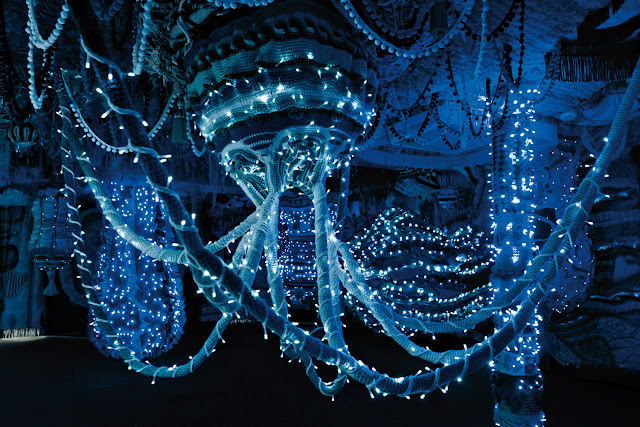 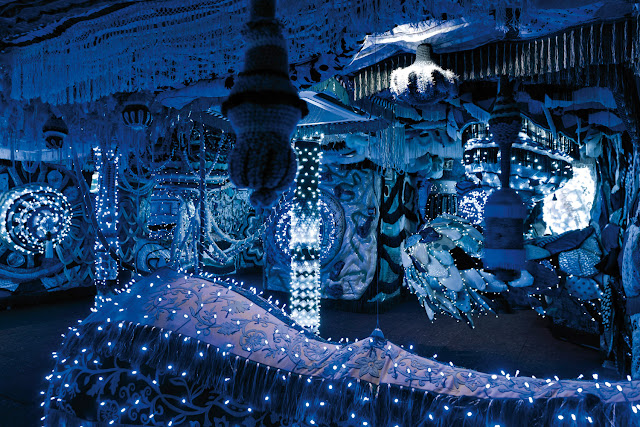 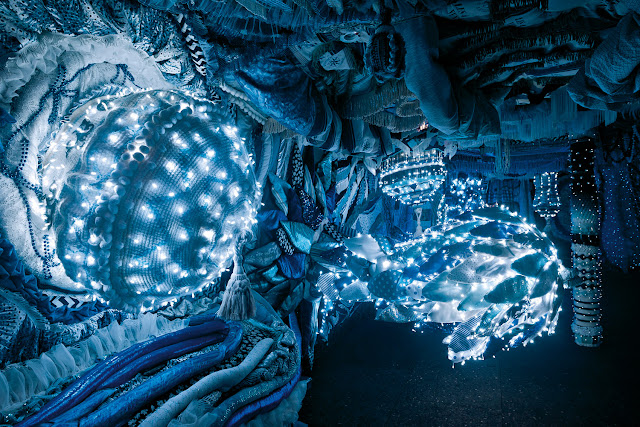