I was very excited to see this story in the news today about how astronomers have, for the first time ever, obtained actual photographic proof of dark matter and have presented their findings in Nature.com, an international weekly journal of science. They have seen, thanks to the intense glow of a quasar, the underlying structure of the universe itself! And that structure is, of course, a web. The photographic evidence looks like neurons in the human brain. We are all part of a web, a net. This could end up explaining a lot, and perhaps proving some ideas that are considered "metaphysical." They even have proof of "dark galaxies!" Th implications are staggering. 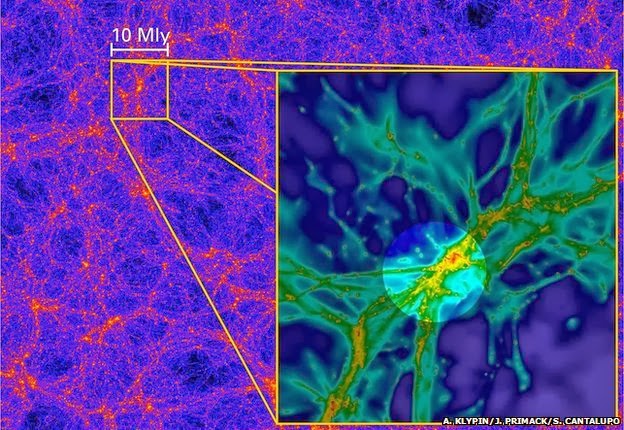 The hidden tendrils of dark matter that underlie the visible Universe may have been traced out for the first time.

Cosmology theory predicts that galaxies are embedded in a cosmic web of "stuff", most of which is dark matter.

Astronomers obtained the first direct images of a part of this network, by exploiting the fact that a luminous object called a quasar can act as a natural "cosmic flashlight".

Details of the work appear in the journal Nature.

The quasar illuminates a nearby gas cloud measuring two million light-years across.

And the glowing gas appears to trace out filaments of underlying dark matter.

The quasar, which lies 10 billion light-years away, shines light in just the right direction to reveal the cold gas cloud.

For some years, cosmologists have been running computer simulations of the structure of the universe to build the "standard model of cosmology".

They use the cosmic microwave background, corresponding to observations of the very earliest Universe that can be seen, and recorded by instruments such as the Planck space observatory, as a starting point.

Their calculations suggest that as the Universe grows and forms, matter becomes clustered in filaments and nodes under the force of gravity, like a giant cosmic web.

The new results from the 10-metre Keck telescope in Hawaii, are reported by scientists from the University of California, Santa Cruz and the Max Planck Institute for Astronomy in Heidelberg.

They are the first direct observations of cold gas decorating such cosmic web filaments.

The cosmic web suggested by the standard model is mainly made up of mysterious "dark matter". Invisible in itself, dark matter still exerts gravitational forces on visible light and ordinary matter nearby.

Massive clumps of dark matter bend light that passes close by through a process called gravitational lensing, and this had allowed previous measurements of its distribution.

But it is difficult to use this method to see very distant dark matter, and cold ordinary matter remains tricky to detect as well.

The glowing hydrogen illuminated by the distant quasar in these new observations traces out an underlying filament of dark matter that it is attracted to it by gravity, according to the researchers' analysis. 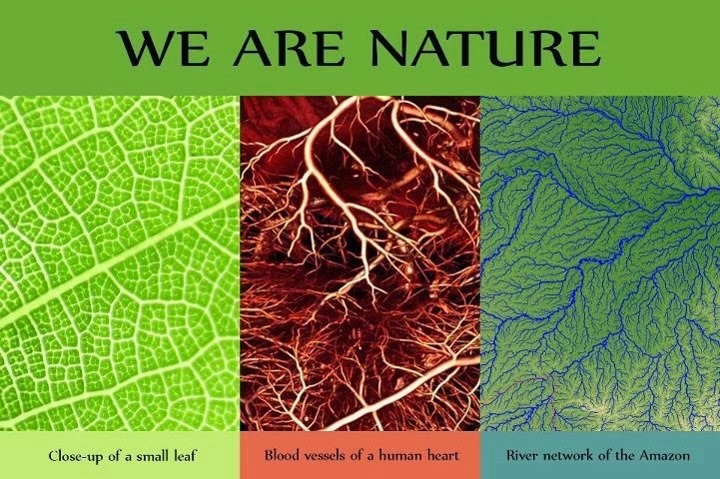