"The Rest Of Us" by Colin Stetson and Sarah Neufeld

I came across this spellbinding video the other day...I had seen Colin Stetson perform with Laurie Anderson a few years ago, but had not known of him as a solo artist. And I had not heard the work of violinist Sarah Neufeld. But what a wicked conflagration they make together!

Stetson plays the bass saxophone--well, play is not quite the right word. He wrangles it, he coerces it, he masticates it. Using the mindboggling technique of circular breathing, he is able to produce sounds, some melodious, but also use key clicks as layers of percussion. All the sounds heard in this video for the instrumental song "The Rest Of Us" were created by Stetson and Neufeld without using any delays or loops. The sound heard is the actual sound produced in the studio. And the piece is one of restrained savagery...it is all rhythm, repetition, and flying notes. The visuals are remarkable as well, possessing the visual clarity and oblique narrative of a Matthew Barney film. Let your imagination weave together the three different threads...

The song is from their most recent collaboration "Never Were The Way She Was." 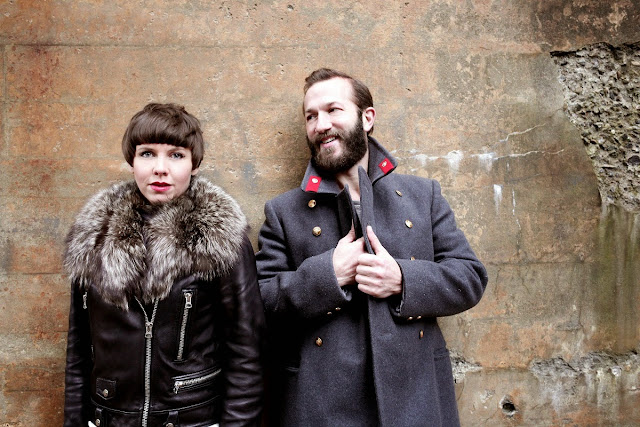 Labels: bass saxophone, Colin Stetson, music, Never Were The Way She Was, Sarah Neufeld, saxophone, The Rest Of Us, video, violin