Japanese artist Tokujin Yoshioka, previously here, created his Kou-An Glass Tea House in 2011 for the Biennale di Venezia out of easily assembled and disassembled pieces of mirror-polished stainless steel and glass so it could be set up at locations around the world. And the Kou-An Glass Tea House is now installed on the deck of the Seiryuden (Blue Dragon Hall), at the Shorenin Temple in Kyoto through spring of 2016.

As I wrote in a post about Hiroshi Sugimoto's similar Glass Tea House Mondrian, previously here, the art of the tea ceremony is an ancient one and depends upon the silence and solitude of the space and its effect on the tea master and the guests (which is often limited to two or four people). But the seasons and nature are often a large part of the tea ceremony as well: the small food items often served during the ceremony change with the time of year and sometimes a small ikebana arrangement will reflect the outdoors as well. So it seems fitting that the outdoors and inside of the tea house could influence each other in such a vital way. But Tokujin deliberately takes this a step further, essentially erasing the tea house material. He says that the ancient Tea Ceremony evolved within the closed microcosm of the tea house but instead of an inward meditation, his tea house encourages an integration with nature and a sense of light itself. He notes the absence of the expected scroll (with calligraphy) and ikebana, and draws attention to a prism which at certain points of the day will cast a rainbow, serving as the only decor, however transient and ephemeral, in the tea house. Which is truly the point, not only of this particular creation, but of the Tea Ceremony itself. 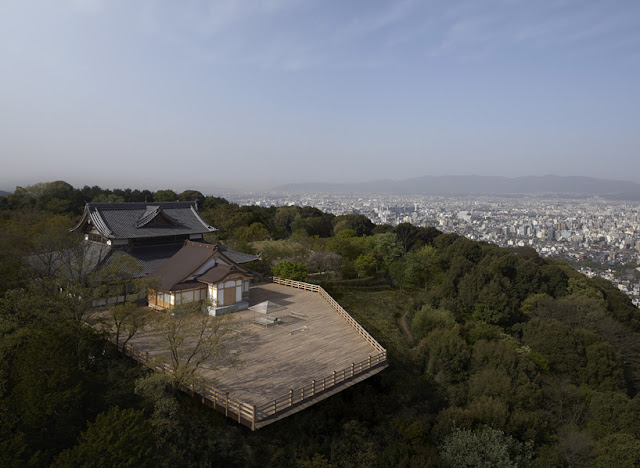 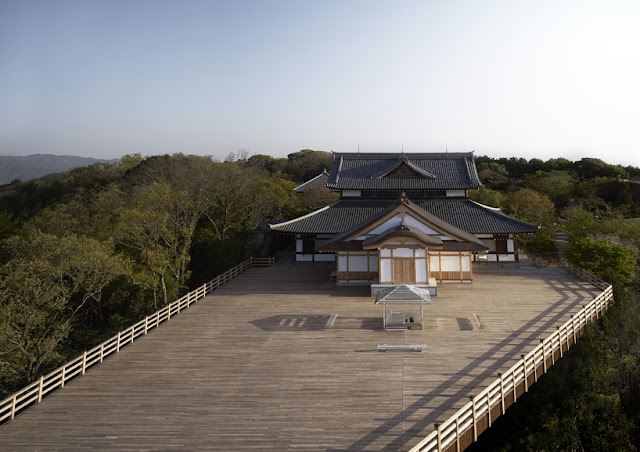 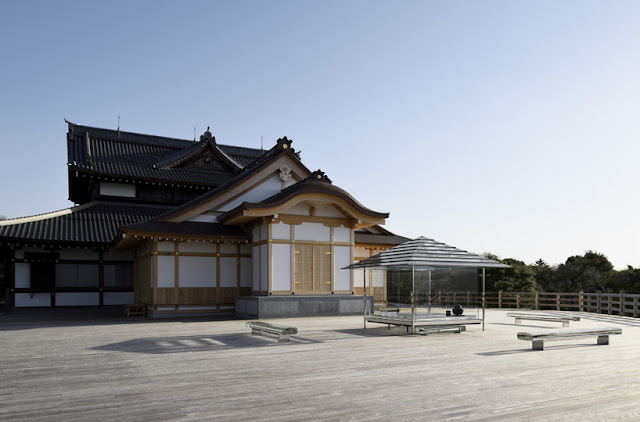 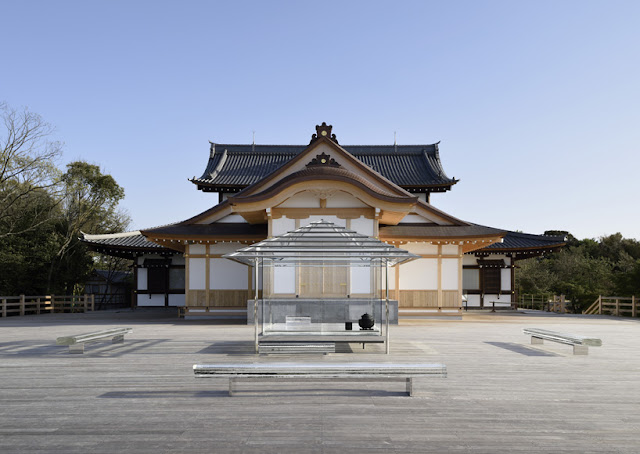 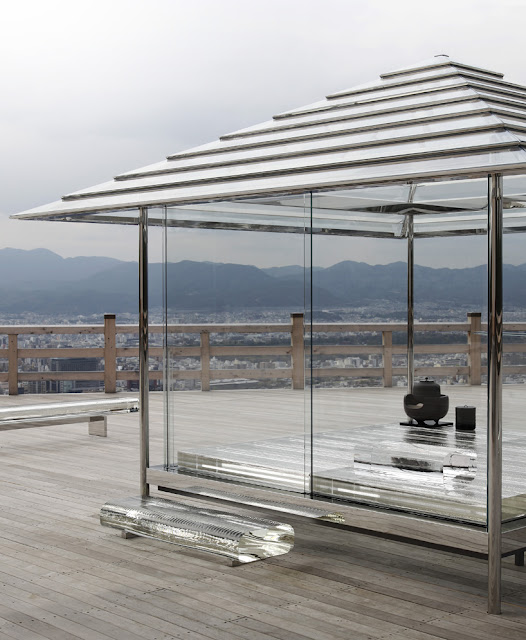 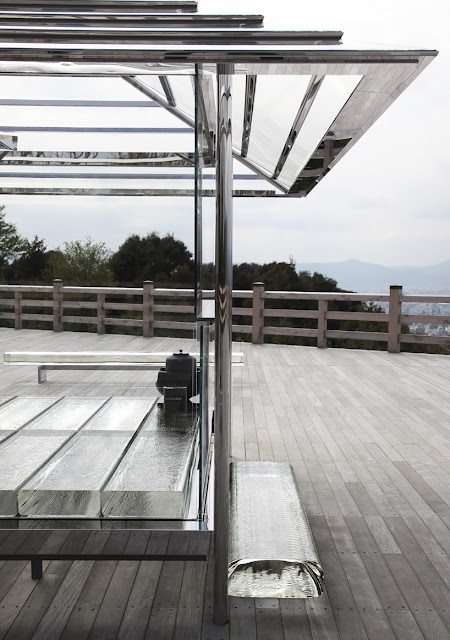 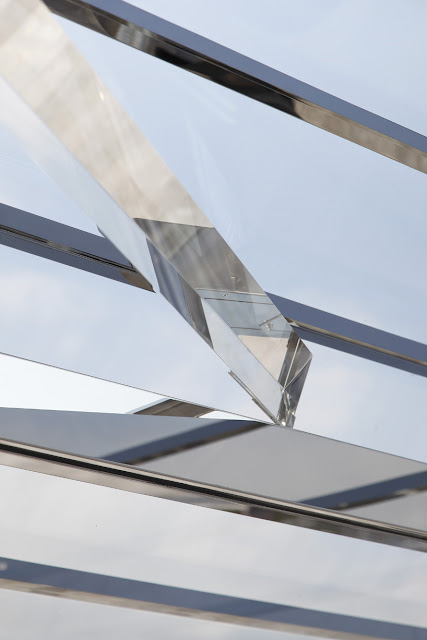 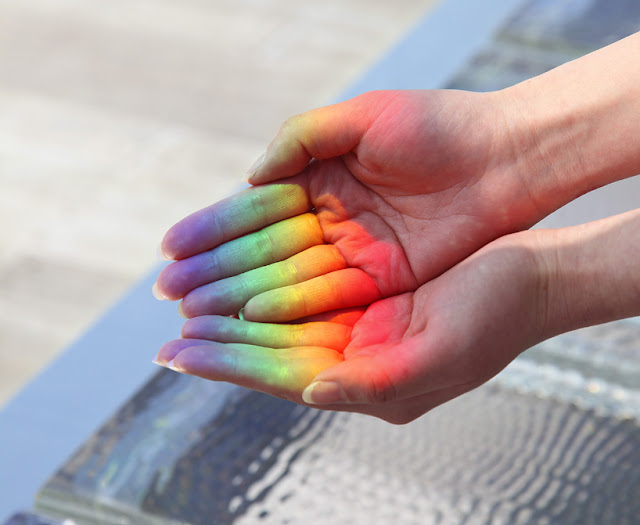 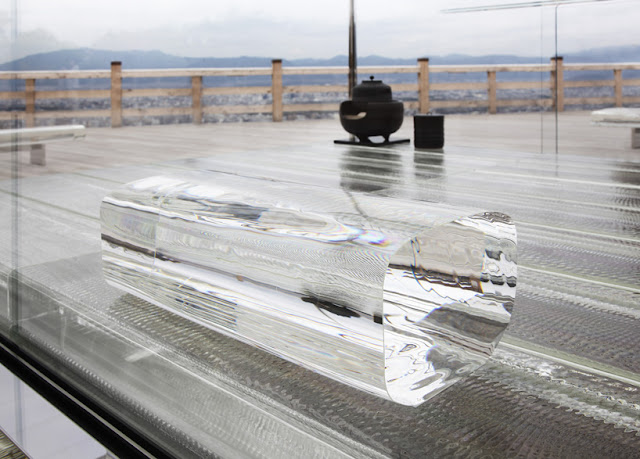 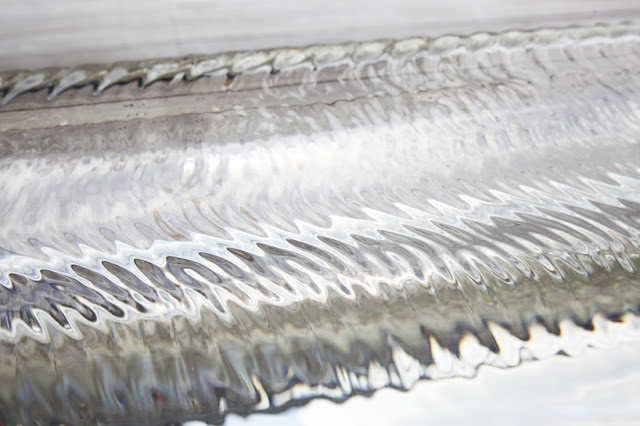 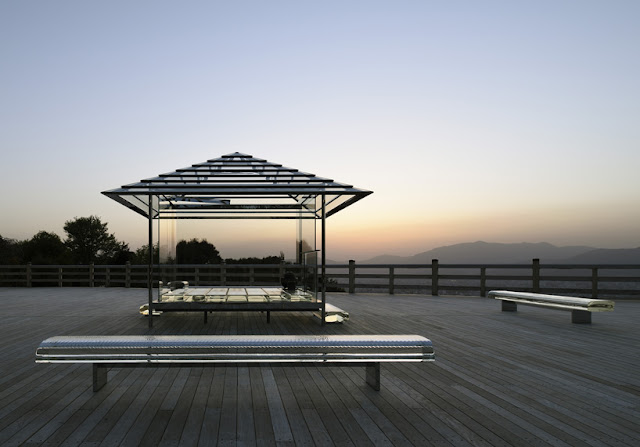