If Joseph Cornell and Pierre et Gilles collaborated, it might look Swiss duo Alex and Felix's work. Their series 13 Queens uses common, everyday objects and detritus to create magical, surreal costumes for what the photographers imagine as powerful women, Queens from another world or even dimension. The mandala-like symmetry of these compositions is breathtaking.

The artists explain:
"There are unfamiliar worlds waiting to be discovered, filled with very well known objects of our everyday life yet staged in an unexpected way beyond recognition, draped with exuberant costumes of various shapes and colours. The insignia of power, the signs of their dreamland, hang from their bodies, stick to their skin and surround the sphere of their heads. These queens have truly incorporated their sensual empire. Every single one a proud queen, patron saint of ornaments, ruler over an empire of symbols, inviting the viewer to lose oneself. "13 Queens" - that is an intriguing gallery of flamboyantly dressed dignitaries - definitely not from this world. The more one contemplates a picture the less obvious becomes the queen in its midst: the magic emanates from the details, from the reinterpreted use of objects and from the desire to find ever more magical ornaments." 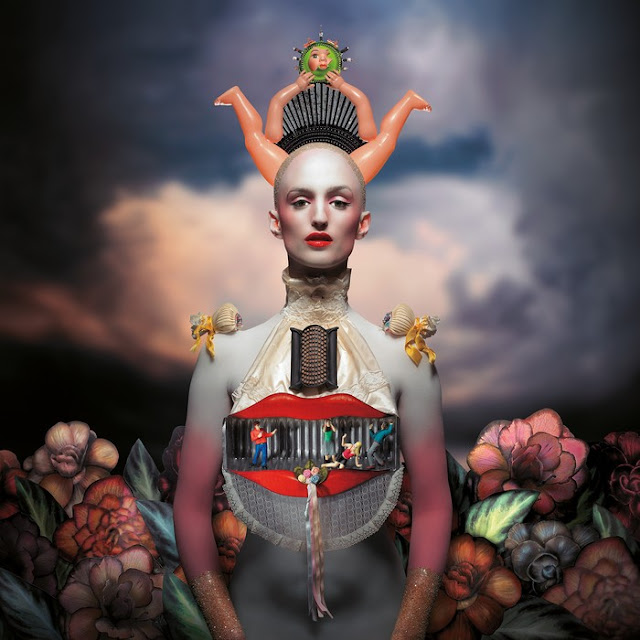 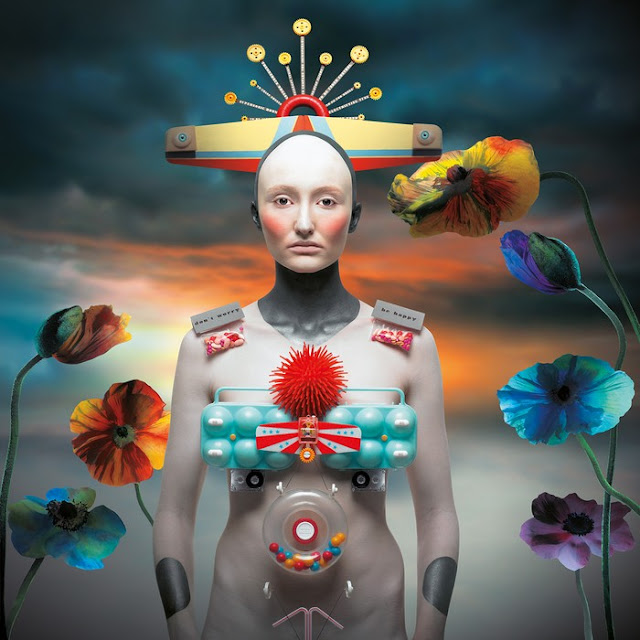 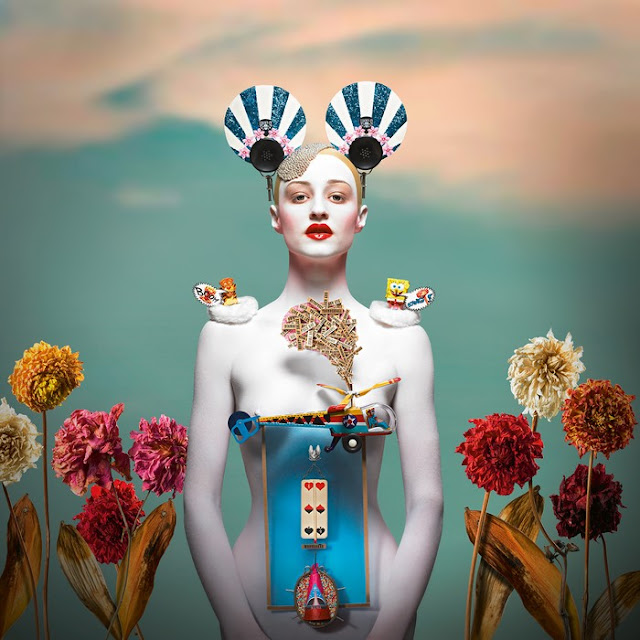 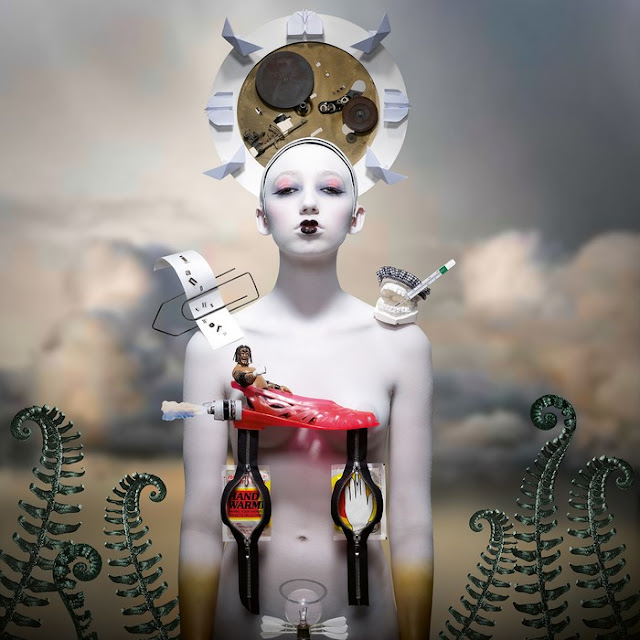 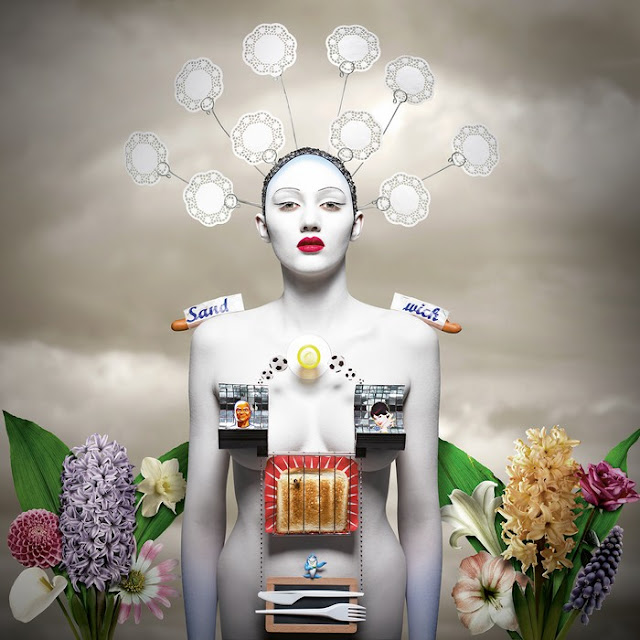 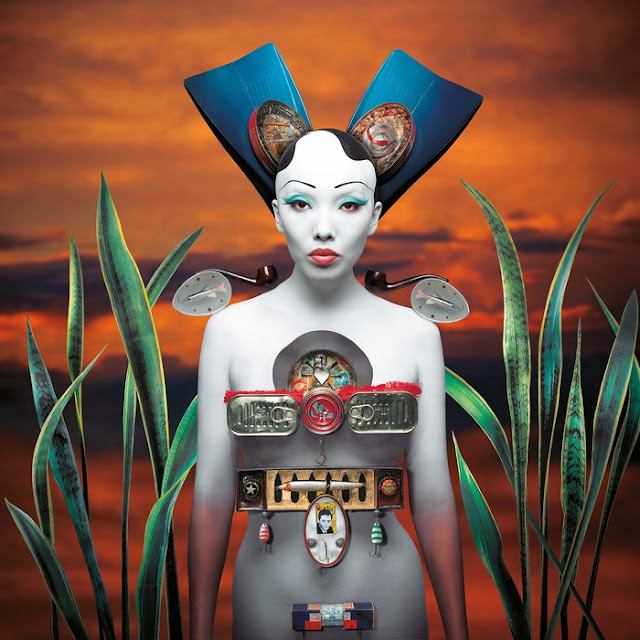 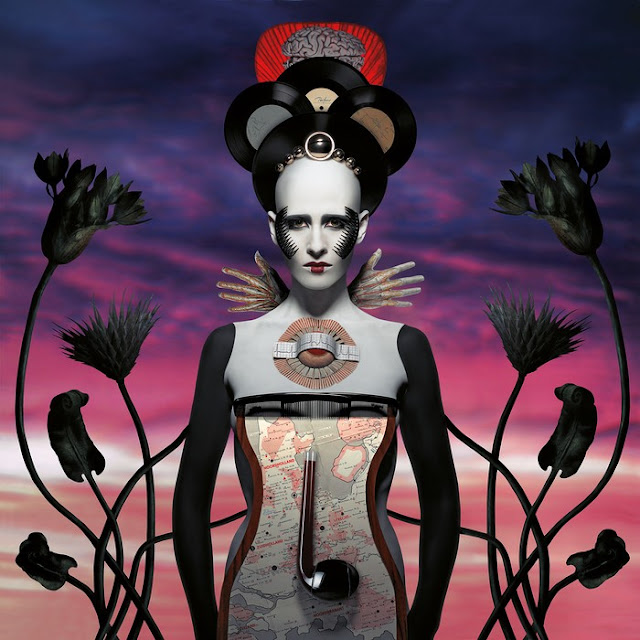 Be sure to visit their website to see "The Making Of 13 Queens," fascinating photos which show that the objects are actually placed and not digitally added!
http://www.alexandfelix.com/
Posted by Jeff at 7:00 AM