Designer Eddie Sotto (former Senior Vice President of Concept Design at Disney's Imagineering division) has created an amazing airplane he has named Skyacht One, inspired by the vision of one George Whittell Jr. of Lake Tahoe, California. Back in 1939 Whittell was in love with his Douglas DC2 Aircraft. The gleaming fuselage and streamlined shapes drove him to commission the Thunderbird, a fantastic Hackercraft motor yacht (seen below) to match his airplane. 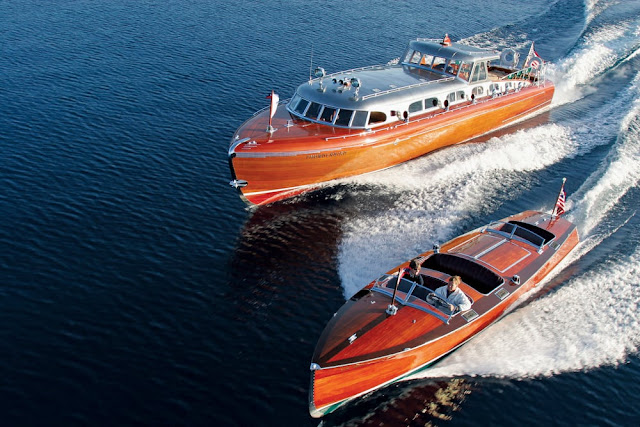 Sotto used this as a springboard to bring the idea full circle and transform the mahogany planks and exposed technology of the boat into a luxury "yacht in the sky." The design and details are staggering, mixing a kind of 1930s air-and-sea-travel sensibility with designs of astrolabes, armillary spheres, and charts to give it a Jules Verne-esque twist...from the handmade brass and marquetry clock inspired by the 15th Century Ducal Palace Studiolo, to Piero Fornasetti's gold plated "Astrolabio" China that gleams over dinner. 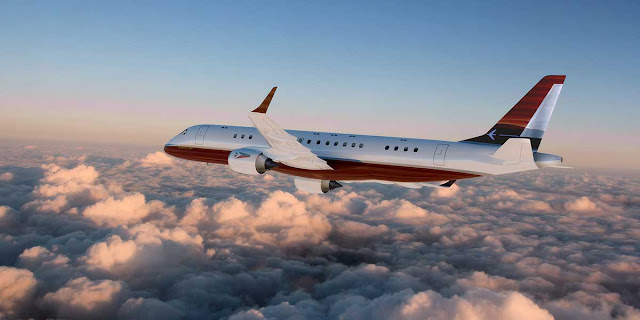 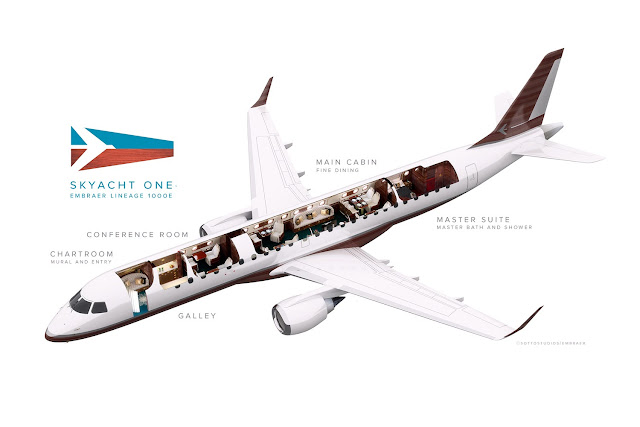 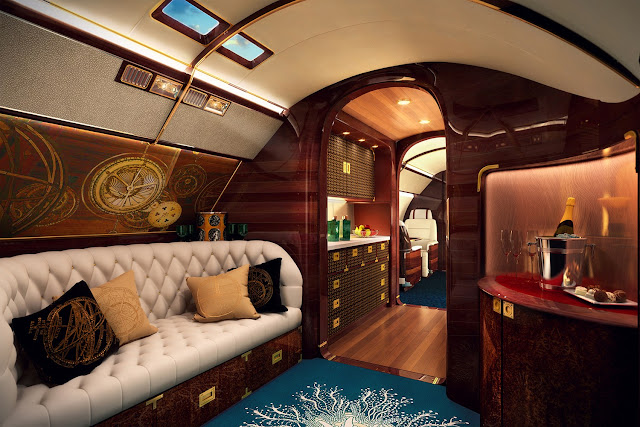 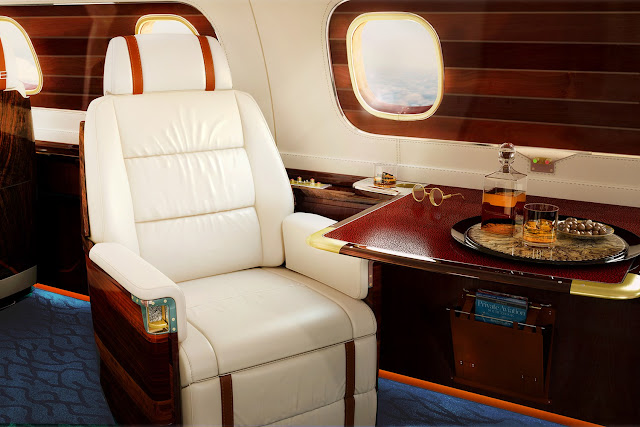 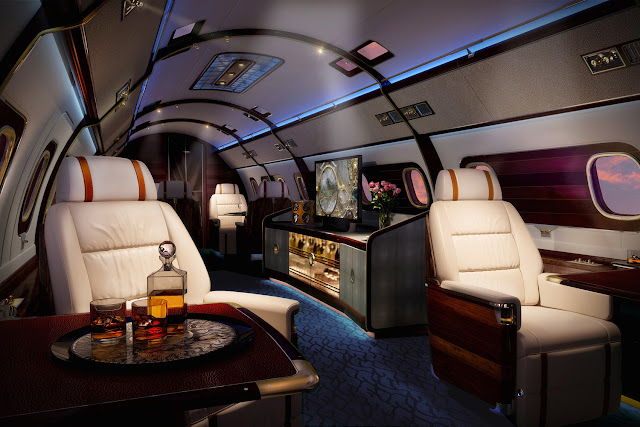 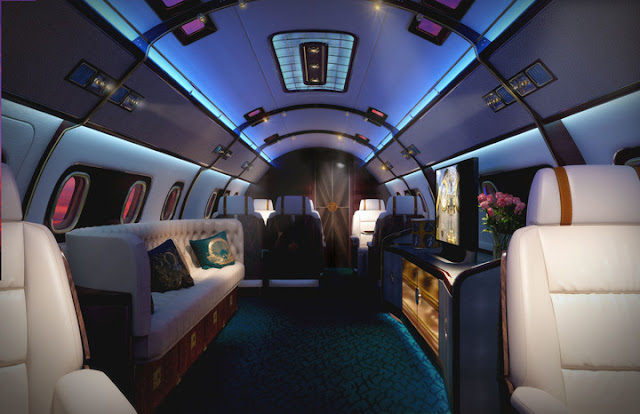 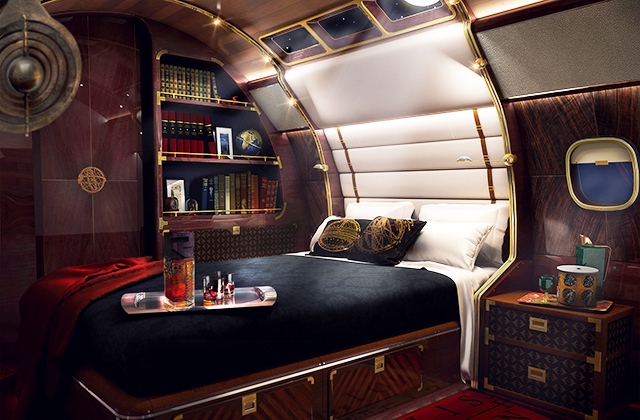 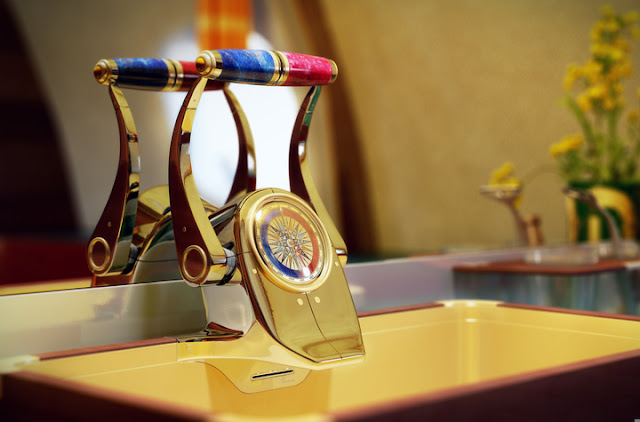 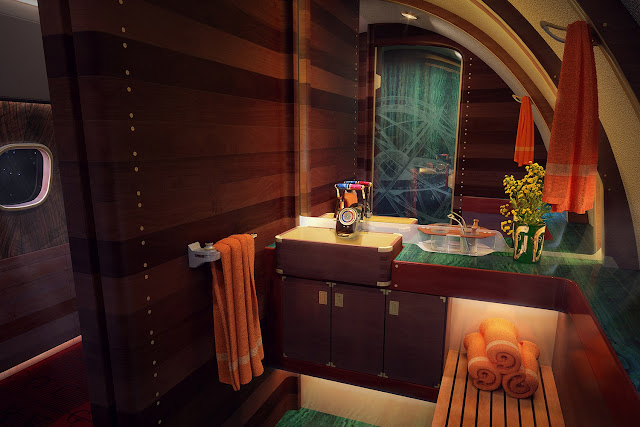