Considered to be one of the original photorealist painters emerging in the early 1960s, Robert Bechtle was born and lives in the San Francisco Bay Area. He employs oil paint as well as watercolors to create marvelous street scenes of cities around The Bay, and since this is my 'hood, his cropped images of sloped streets and cars at gentle or severe angles resonate deeply with me (I know Texas and Arkansas Streets well)! 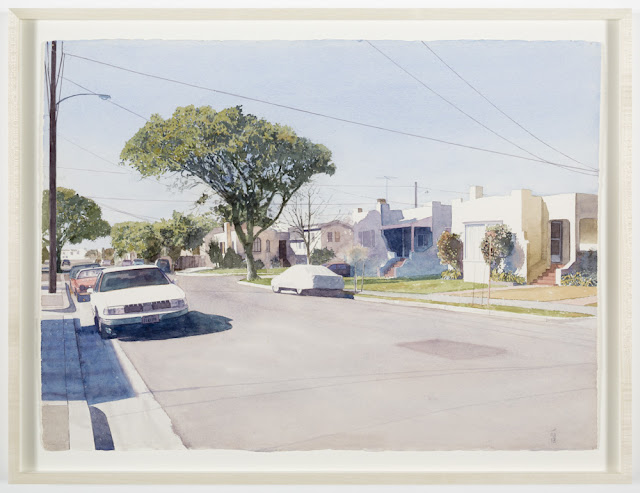 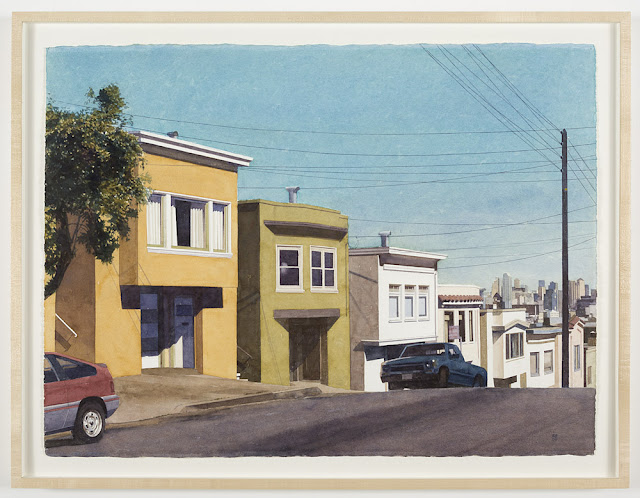 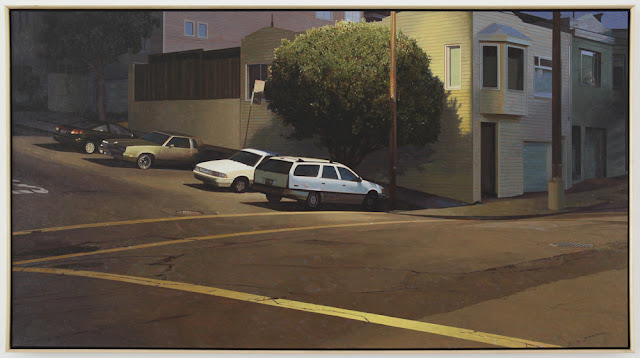 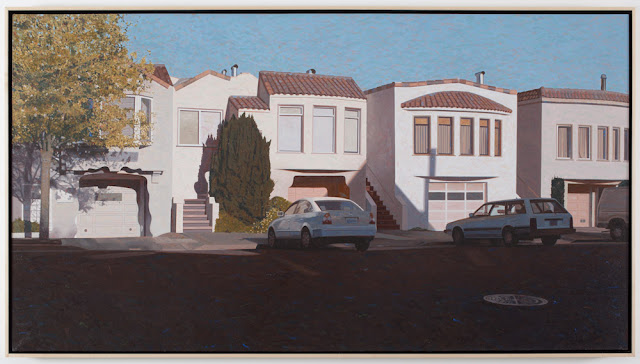 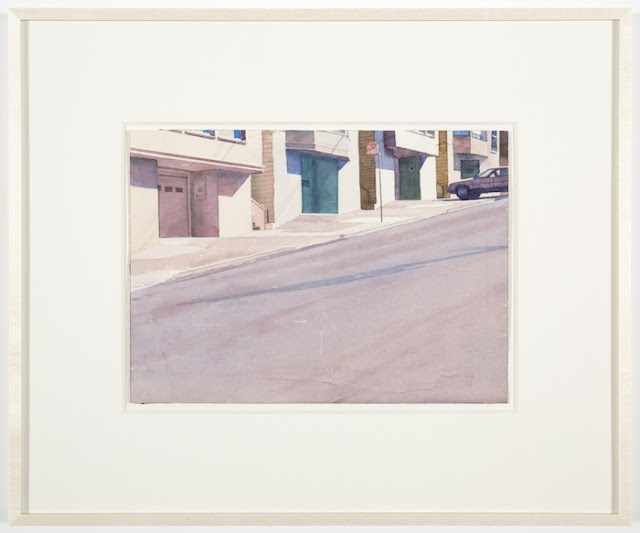 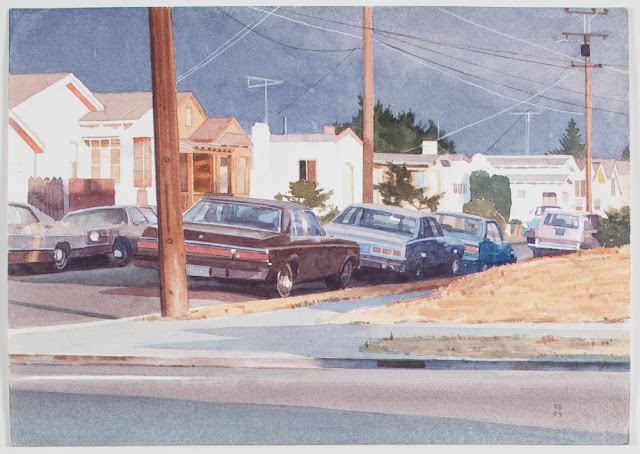 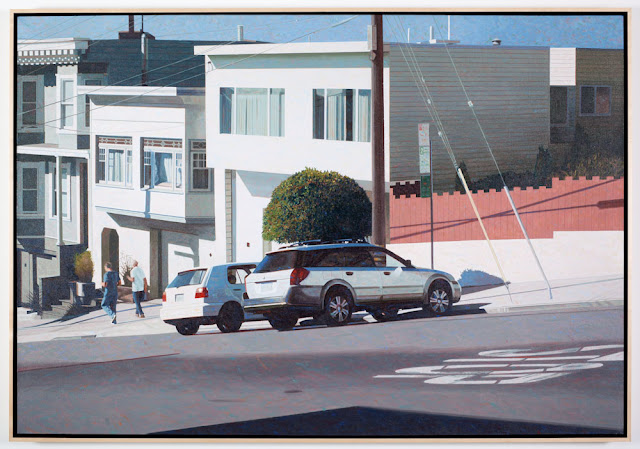 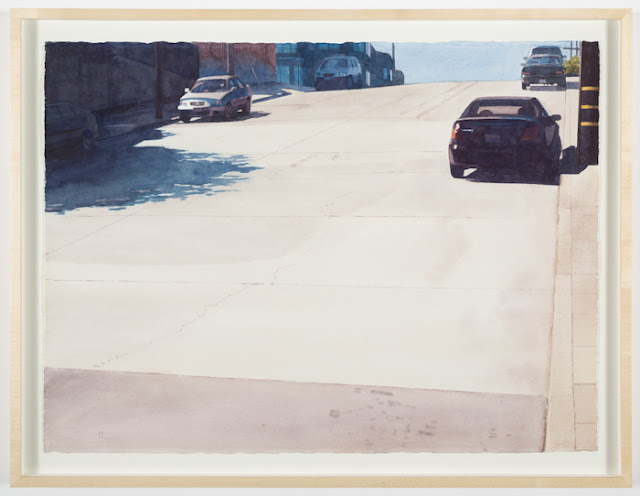 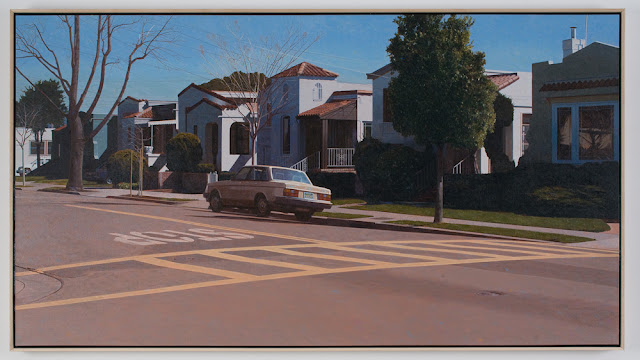 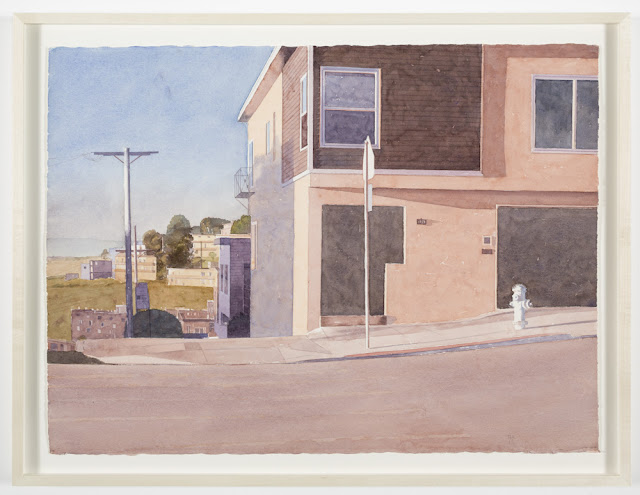 Robert Bechtle is represented by the Barbara Gladstone Gallery in New York.
http://www.gladstonegallery.com/artist/robert-bechtle/work#&panel1-1
Posted by Jeff at 7:00 AM