Regular readers know that I am an interior designer among other professions, and I recently had a consultation for a possible new client that touched me deeply. I got a call from a woman on the east coast who said she had inherited a home here in California. She said she had been back and forth several times and had started to remodel one of the bathrooms. But she said she is now interested in renovating the rest of the house. So after we arranged for me to get a key, I went to the house to take a look at the scope of work involved. I was under the impression that the house would be empty, or nearly so. But I was surprised to see a home with lawn furniture and plants hanging on the front porch, looking very much currently cared for and lived in. I let myself in and while the house had been cleared of most large furniture pieces, smaller items remained. An antique table topped with a few books in German. Some lovely abstract art pieces on the walls. Persian rugs. In the kitchen, papers, bills, and sunglasses sat on the peninsula as though someone had just recently arrived home. A bookshelf of cook books sat next to a carved oak dining table and chairs. Pots and pans sat silent in a cupboard, used by someone to cook all their meals. In a home office, walls were covered with framed certificates and diplomas and letters to a woman who was praised as a marvelous teacher, someone who changed the course of the lives of her students.

The more I looked, the more my heart ached and throat closed up, and the more I was aware of the life of a human being who is no longer living...but whose entire life in objects remains...the tiny, precious things that we all take for granted in our lives but that will outlive us. As such things have the power to do to me, I was transported back to the deaths of my parents and their home I was responsible for clearing out and selling--all the daily, average objects suddenly took on a huge importance. My mom's tiny porcelain kitty collection, my dad's favorite yellow bowl from which he ate his nightly treat of popcorn...

And the state of this home in front of me was suddenly crystal clear--the meaningful objects, the ones with sentimental value had already been removed. A kind of infinitely sad, almost tangible half-life existed in the house for me to practically swim through...someone's invisible memories and life unknown to me, echoing with the lives of my parents and the lifetime, knowledge, memories and love and...presence that is gone. Presence. Walking through this house shook me and returned me to a state both familiar and feared. And inevitable.

So I was pleased by the synchronicity when I stumbled across, the next day, information about an artist who had, very late in life, recorded all the places and events he could recall. Since he was not suffering from any kind of cognitive impairment, he was able to recall details of nearly everything.

Garth England liked to draw. So he meticulously cataloged his life in the English town of Bristol, mapping out streets, profiles of houses he lived in as well as his neighbors', elevation views of his boyhood bedrooms, furniture suites, and cartoon panel-stories about episodes in his life. One of the most poignant is a story about him and his brother during what is known as Operation Pied Piper (where children were evacuated to rural areas and away from city centers at risk of being bombed in WWII), and being sent to a family in Woodroyd for safety.

Thankfully these drawings were discovered and published in a book which went to print just before Garth England's death. It is wonderful that he knew of the book and its imminent publication...and by extension the value of his memories and life. Here is the blurb from Future Perfect, the Bristol City Council-funded public art programme that allowed Garth's work to be discovered and turned into MURDERED WITH STRAIGHT LINES: DRAWINGS OF BRISTOL BY GARTH ENGLAND:

"Garth England was a long-term resident of Hengrove and Knowle-West in south Bristol; Murdered with Straight Lines tells the poignant story of a childhood lived through a world war and its aftermath; the development of Britain's Welfare State and social housing provision; vernacular architecture, indoor toilets and fitted kitchens.

The drawings were discovered by Jo Plimmer, engagement curator of Future Perfect, when she visited Hengrove Lodge as part of the public engagement programme. Garth died in 2014 but he knew of our plans to publish his drawings and gave us his blessing."

The title refers to an anecdote England told: "Murdered with straight lines — that’s what my art teacher used to say about my drawings. He didn’t like the way I always used a ruler." He may have been a slave to the precision of his ruler, but these drawings are earnestly created and colored with a beautiful, naïve, loving care.

The things we leave behind. 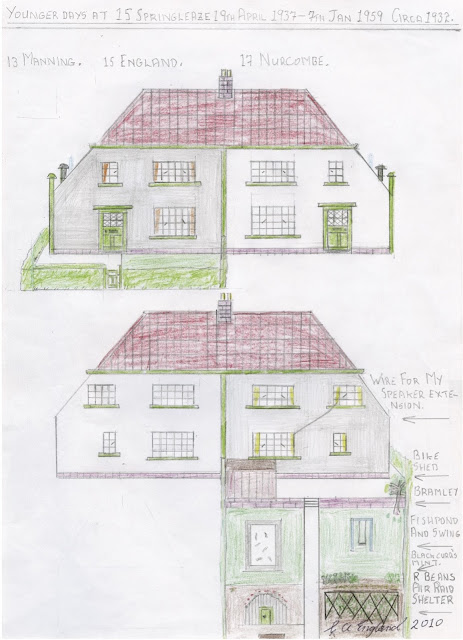 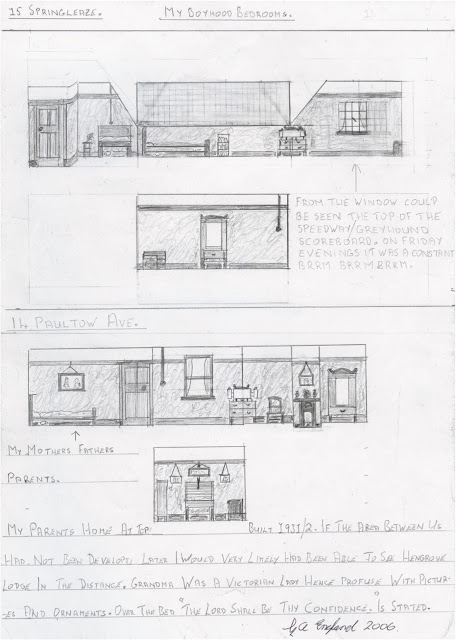 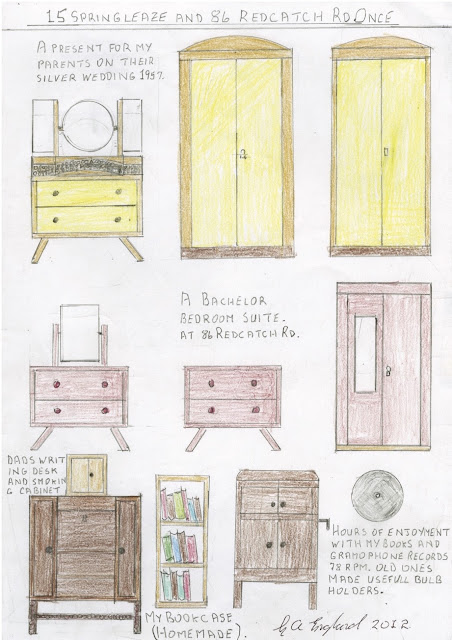 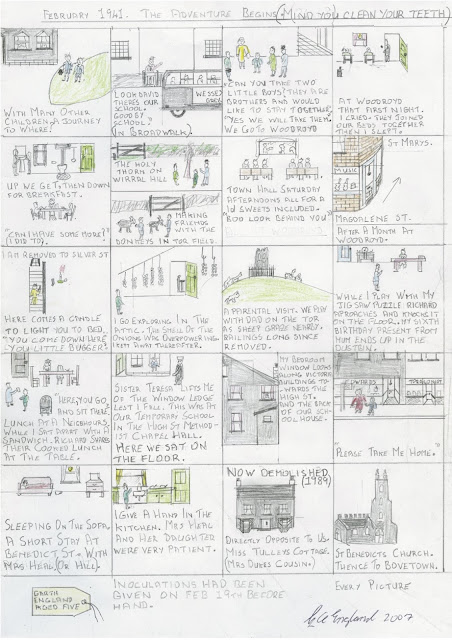 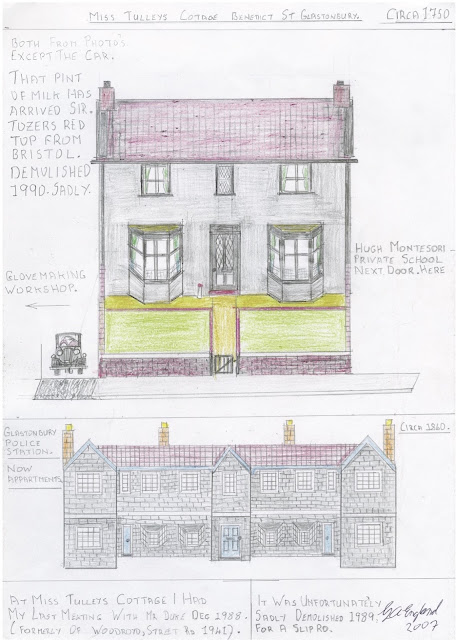 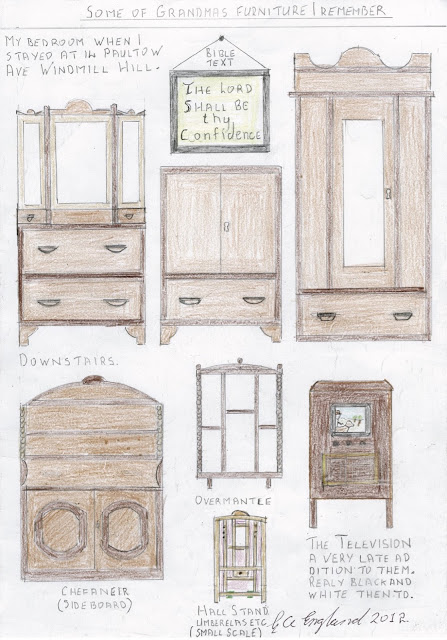 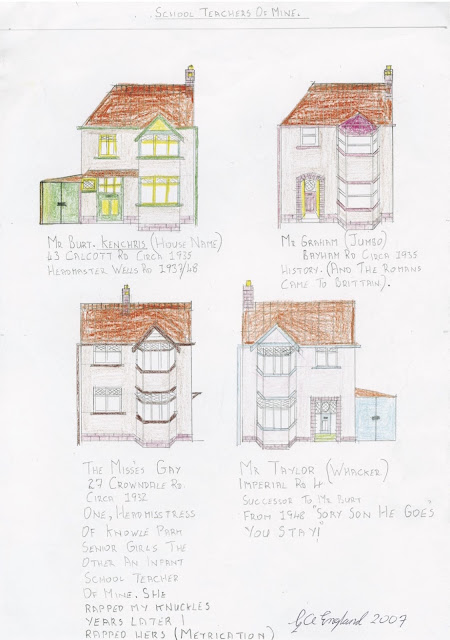 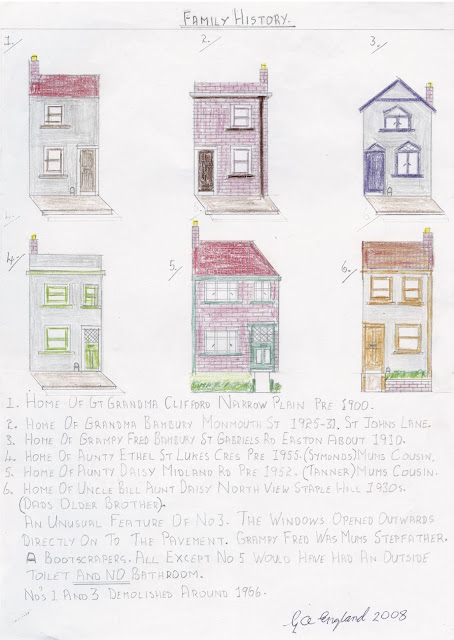 The book can be purchased through the publishing house Redcliffe Press here or through Amazon UK here.