In an old, abandoned theater in Kiev, one will find Pink Room, a speakeasy designed by Circle Line Interiors. Here is a broken English explanation from their site:

Bar is situated in a historic part of building of old cinema “Kiev” in the centre of the city. Owners of the place wanted to create something that differs from the rest of speakeasy bars which already exist in the city. It was supposed to become the secret place for all cool underground music lovers, for those who appreciate art of cocktail culture, of silent cinema performances and for those who appreciate french style of the beginning of 20th century. Pink room is placed at an old stairway of the cinema, which was closed for the last 10 years. The entrance is behind the replica of Jules Chéret's poster "Exposition universelle de 1889 : Le pays des fées". Instead of Paris our designers painted Kiev's historic Sofia square. To enter speakeasy one has to know secret code on a door, which can be obtained only from the owner of Pink Room. The overall size of the place is 60 square meters.

So it looks like the first small landing is the bar area and the next landing up is where films are screened, where DJs spin sets, and where singers can perform! 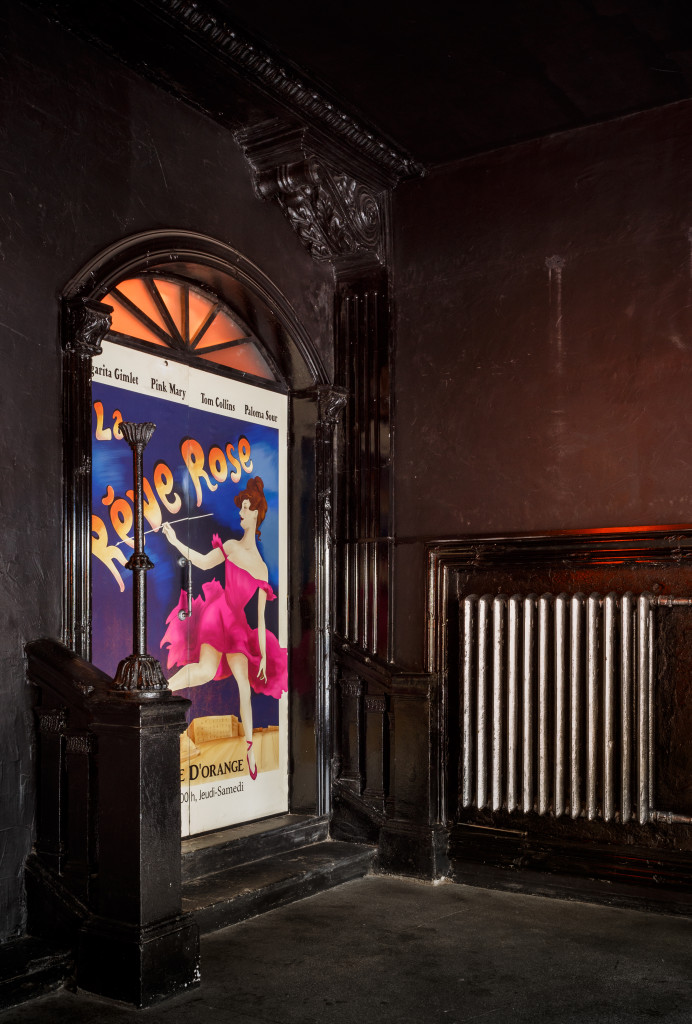 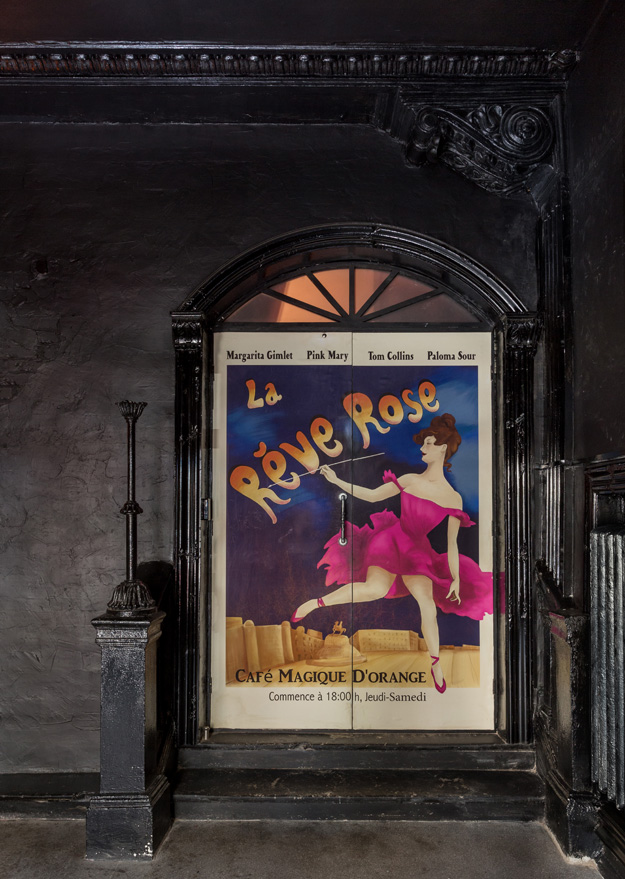 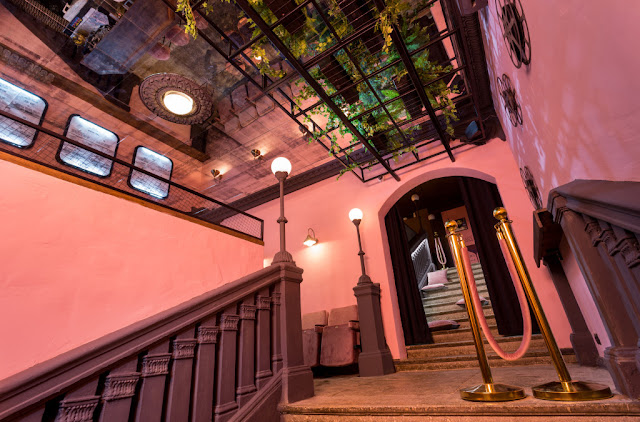 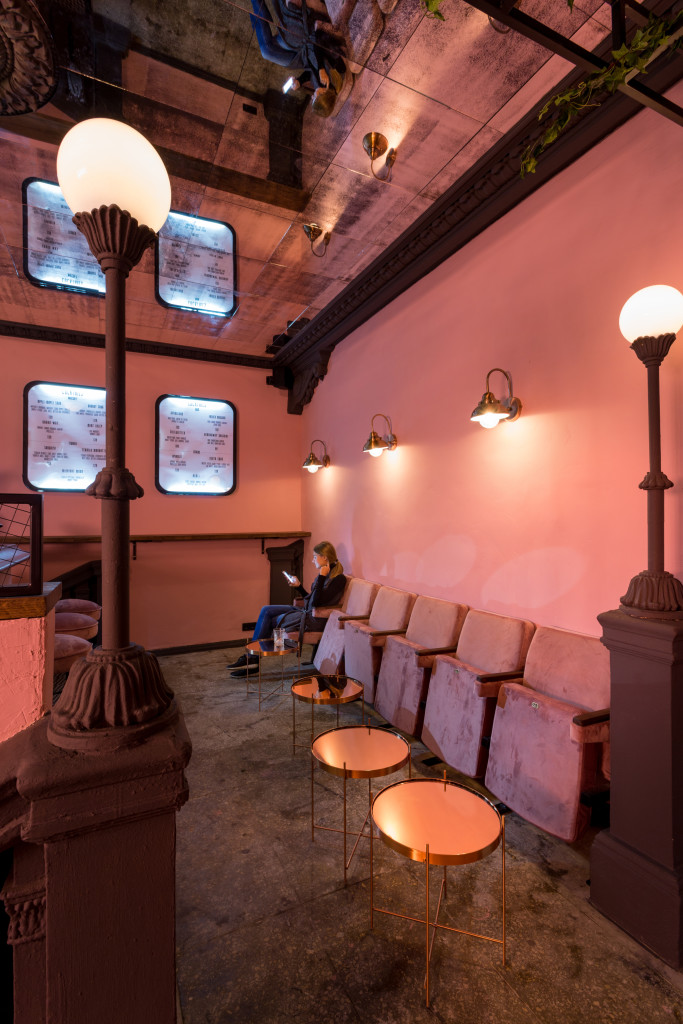 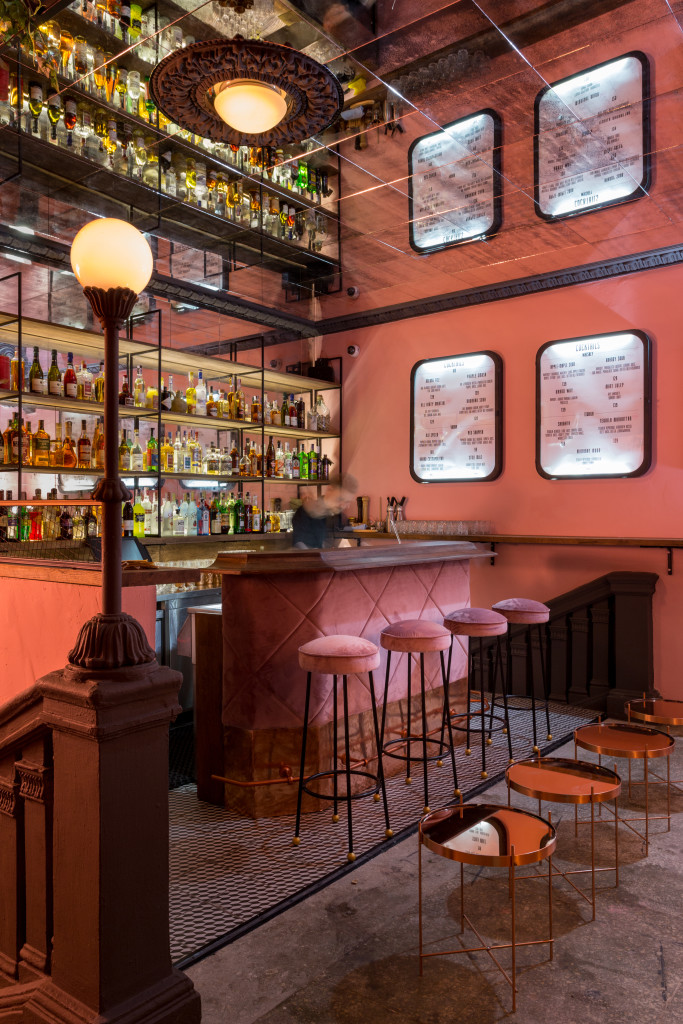 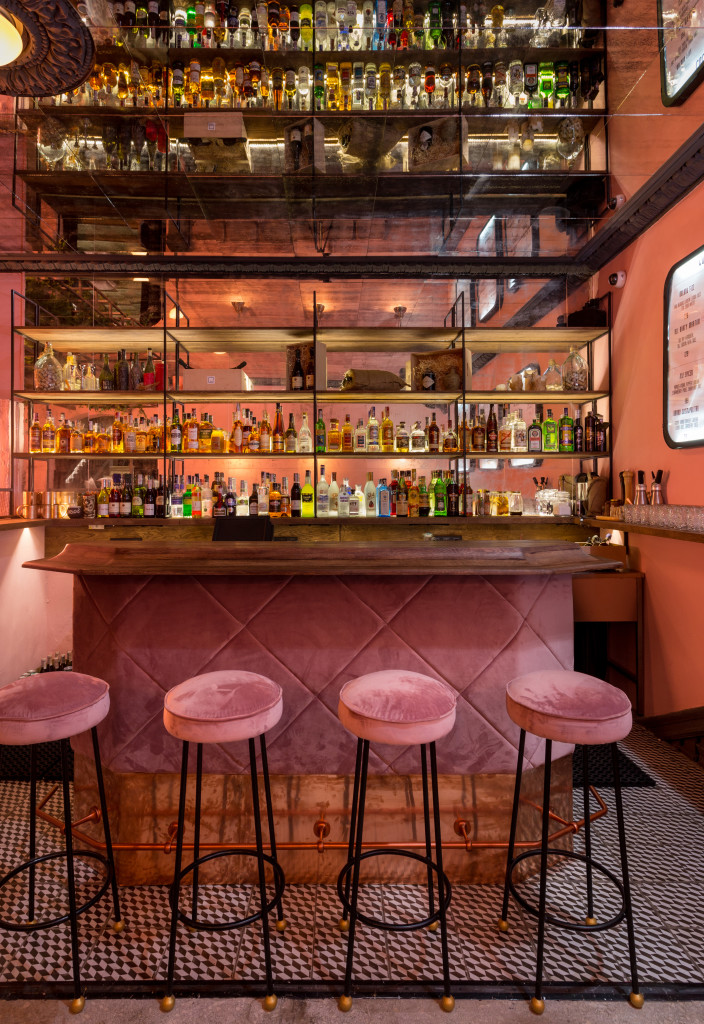 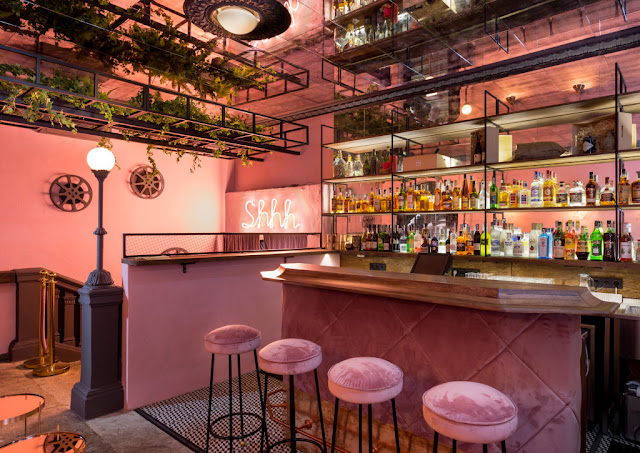 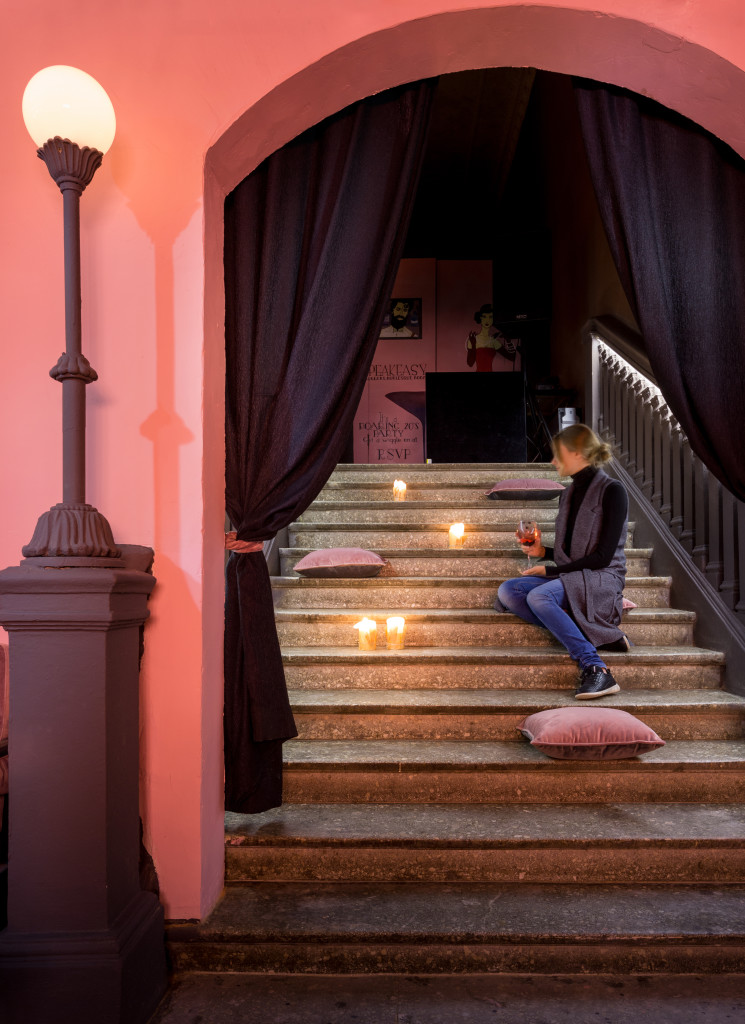 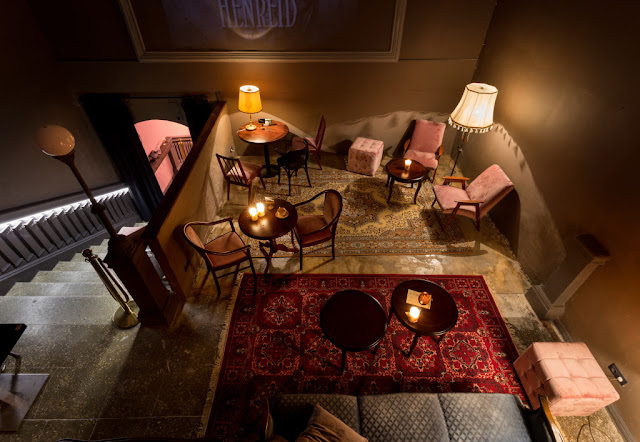 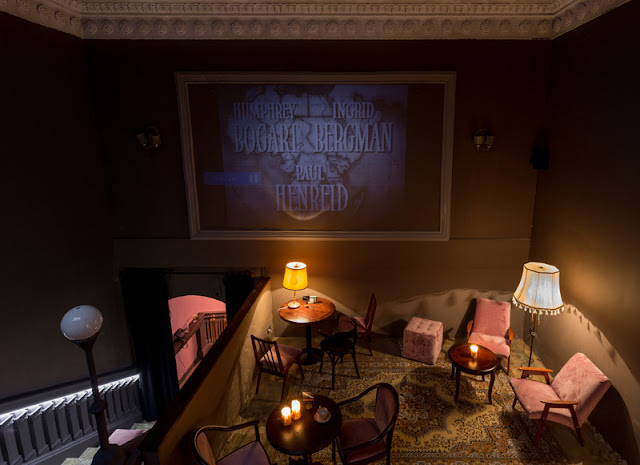