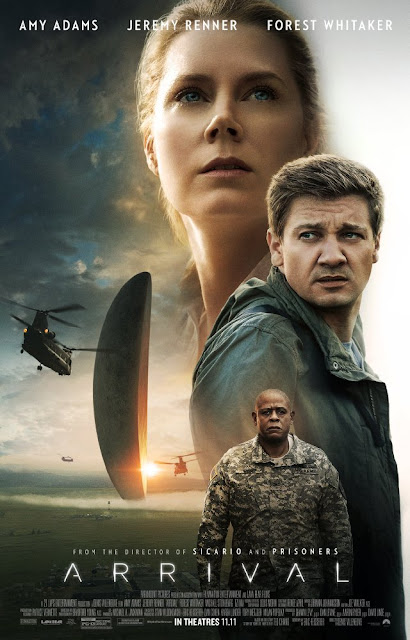 "Arrival" seems to represent a new kind of science fiction film. Ostensibly about the arrival of aliens to our planet, we are mercifully spared yet another film war between humans and a race of some kind of spindly, evil creatures who want to exterminate us. Instead, we are treated here to a thoughtful, meditative film--without exploding spaceships or the sight of major cities around the world being destroyed (a bizarre fetish in recent film history)--about mortality, time, communication, and naturally by extension, the nature of existence itself. A Hollywood film that feels like an art film.

Amy Adams is Dr. Louise Banks, a highly regarded linguist who is enlisted to attempt to learn how to communicate with the aliens. Director Villeneuve's deft, masterful hand imbues the story with a special, low-level, slow-moving anxiety. The sense and look of the film is dependent upon this pacing which is exquisitely measured, creating a dream-like atmosphere and Adams fits beautifully into this texture. Her performance is deft and masterful as well: somehow she is able to open herself up and show us the contents of her head and heart while doing very little and existing in some kind of miraculous, suspended state. It's a marvel to see and the film would have suffered if the lead hadn't been able to immerse herself into this unique perspective. While the art direction is spectacular (there is a spartan look to the film, and the aliens are perfectly realized--Arthur C. Clarke said "Any sufficiently advanced technology is indistinguishable from magic"), special attention should be paid to the incredible soundtrack by Icelandic composer Jóhann Jóhannsson. Without giving away any spoilers, the aliens ultimately end up being beside the point. Seems the real point is ourselves in this physical plane. 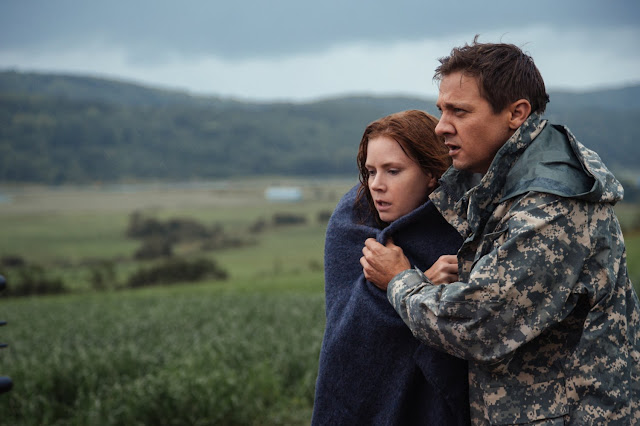 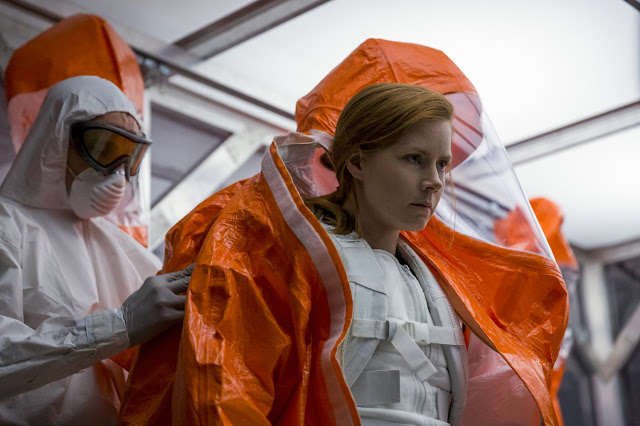 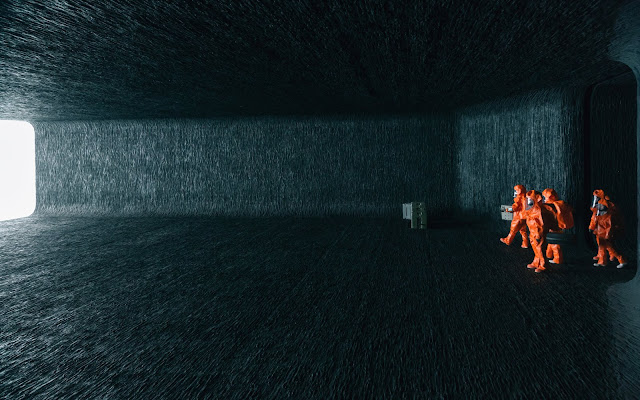 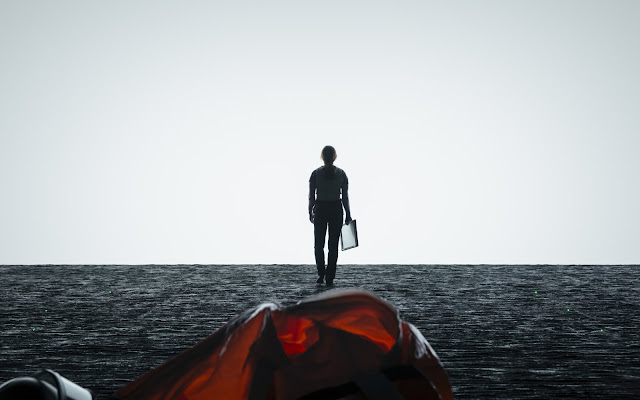