Take a look at this absolutely phenomenal restaurant conceived of and owned by avant-garde chef Albert Adrià in Barcelona called, appropriately enough, Enigma. The design, by 2017 Pritzker Prize winning-firm RCR Arquitectes, is based on a watercolor rendering of the project. The firm, along with chef Adrià decided to run with the misty, cloudy form language and create a space that is frozen, enigmatic, one that melts and disappears. To achieve this look, the design firm teamed with solid surface manufacturing company TheSize which makes a new sintered stone product called Neolith. RCR Arquitectes asked TheSize to apply a single watercolor design to the surface of the entire space, something that had never been done before. The design had to be digitally laid out across  all the tiles on the floor.

Here is an overhead shot of one area of the restaurant which shows a nice view of the watercolor design. 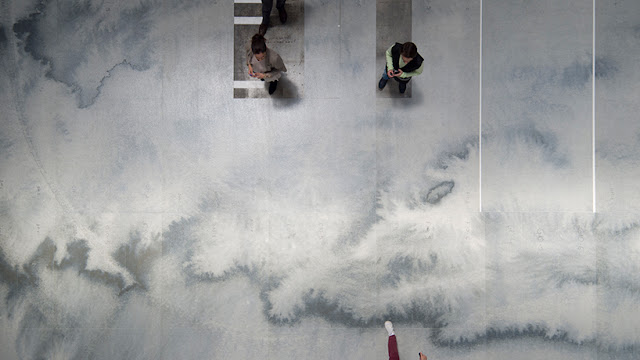 The rest of Enigma took its cue from this amorphous idea with textured glass panels like ice walls obscuring the view of the room, and a ceiling treatment that gives the impression of being under a glacier. The resin chairs and tables also look like frozen water, giving this space a truly magical appearance. 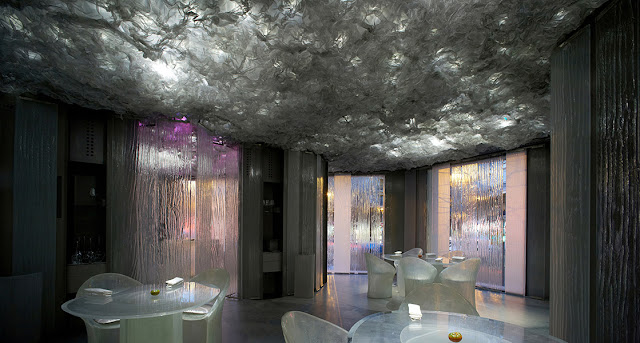 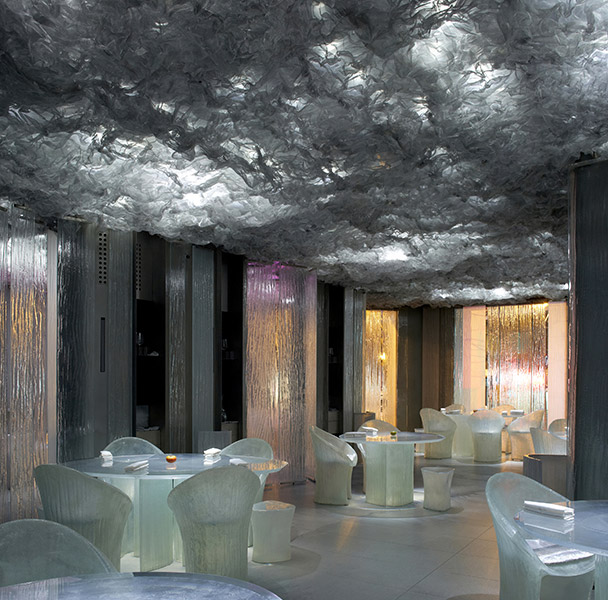 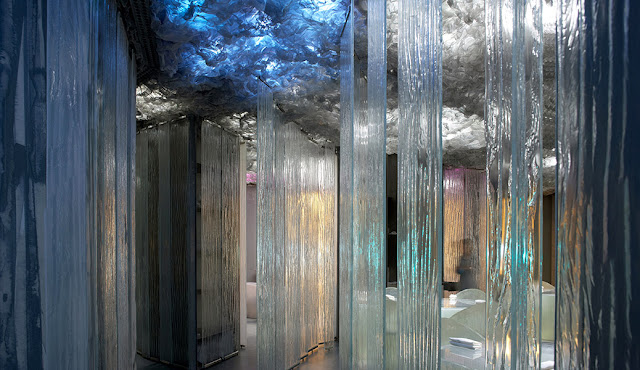 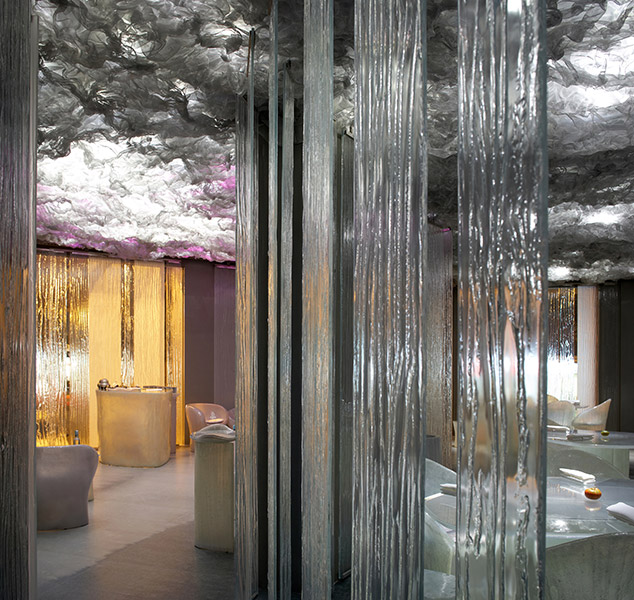 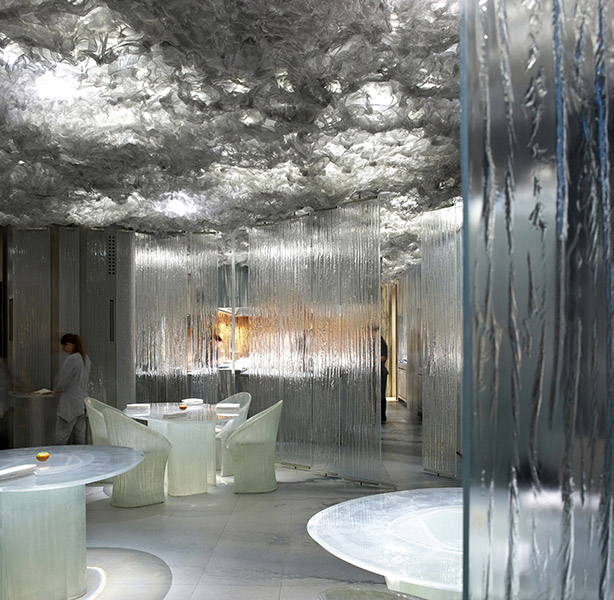 Of course the design extends into the open kitchen. It is amazing how something as functional as the kitchen can look so sleek and in keeping with the concept of the space. The dripping watecolor striations clad the base units and the hood units as well as walls. 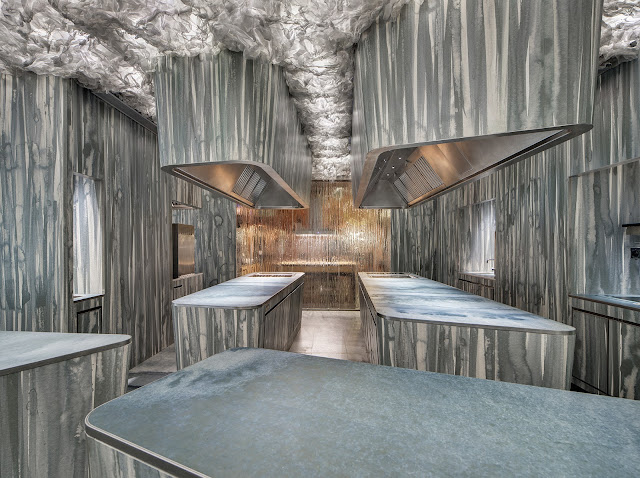 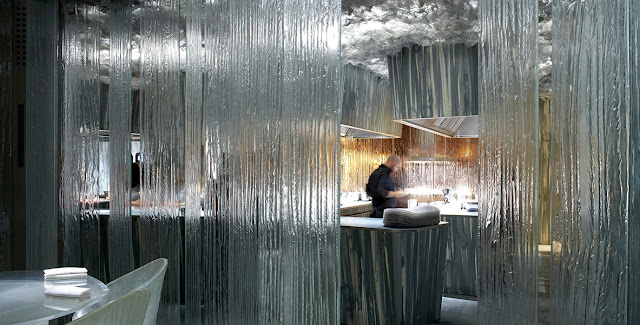 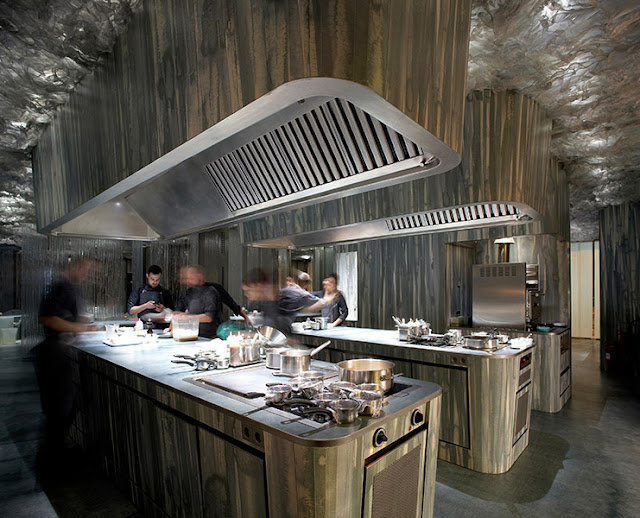 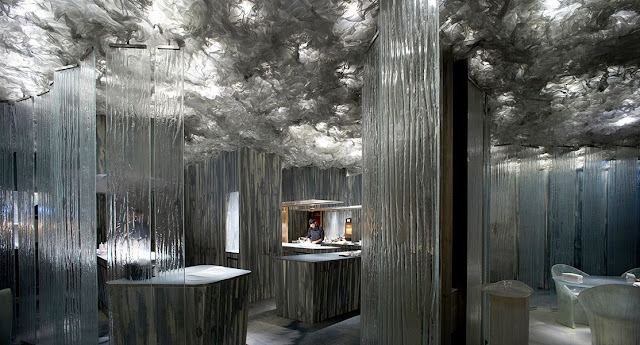 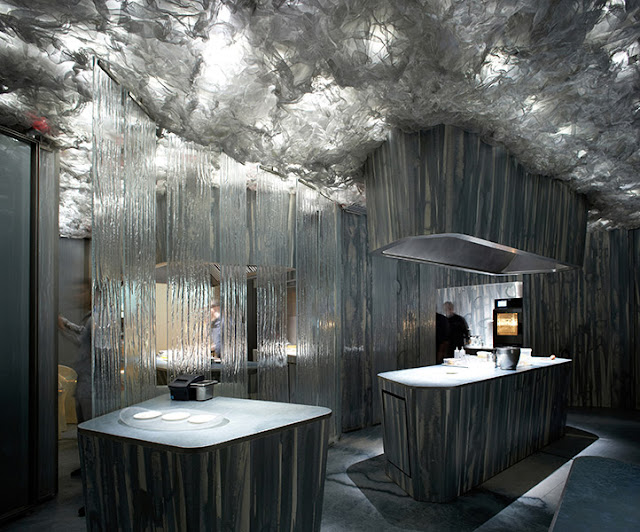 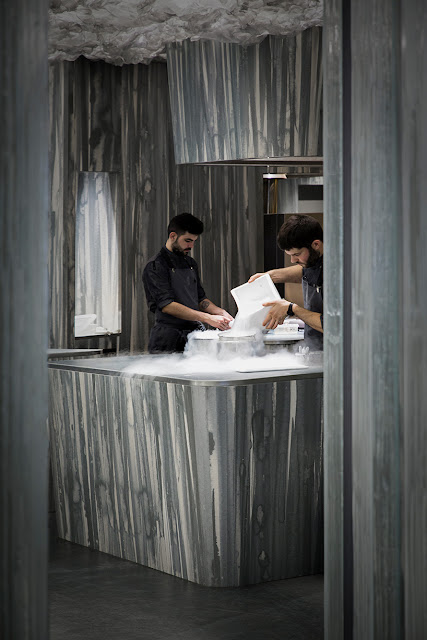 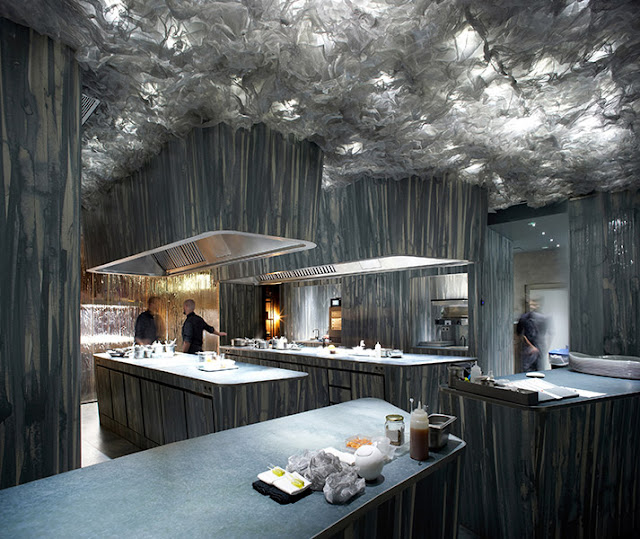 Naturally, the bathroom is a perfect representation of the concept too...just stunning. 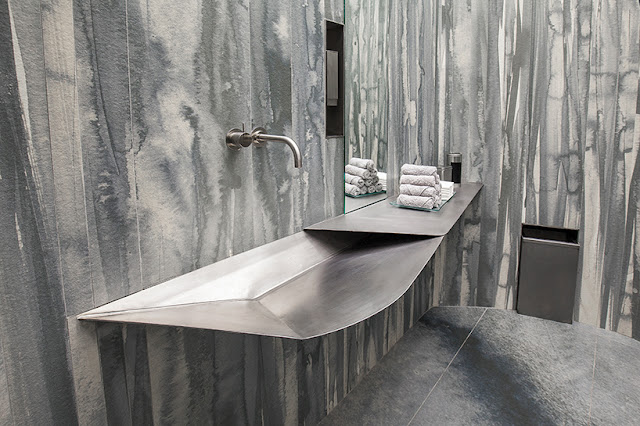 http://www.enigmaconcept.es/
Posted by Jeff at 7:00 AM