Shanghai architect Sun Tianwen recently completed a stunning project in Changchun, China. The Setsugekka Japanese Cuisine restaurant, with its minimal façade, is named after a concept in Japanese art: Snow, Moon, and Flowers. This metaphor references the seasons winter, autumn, and spring, but also the type of white light produced in each of those seasons. Winter is associated with a blue-white while autumn brings a yellow-white, and finally, spring creates a pink-white.

Each of these whites as well as the saturated colors are present in this highly theatrical restaurant. The black background does indeed function like the black masking of a theater set while the glass panels etched in cherry blossoms give dimension. The interiors look like a dream-version of a Kabuki play...it's just breathtaking. 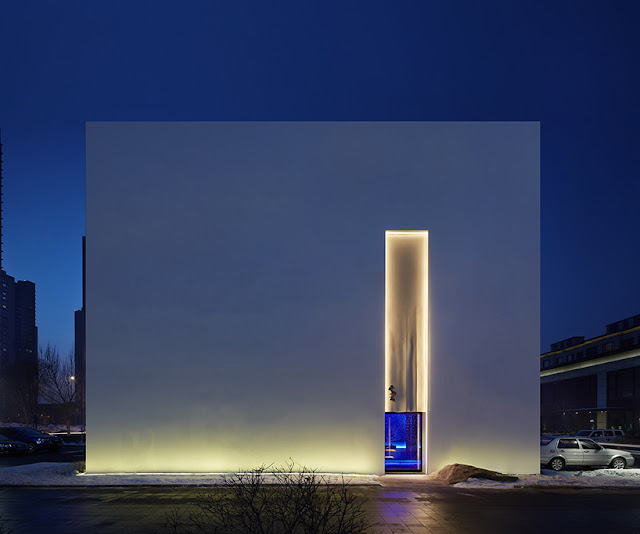 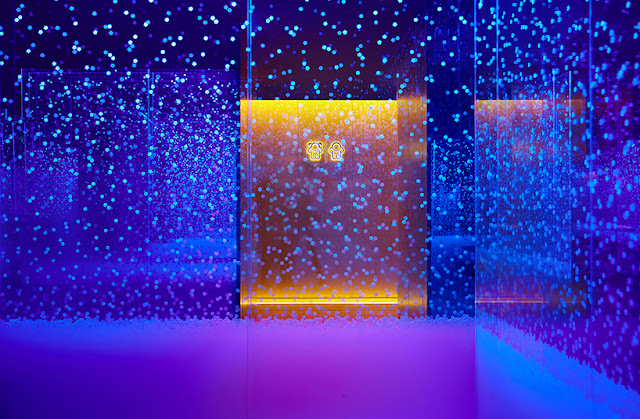 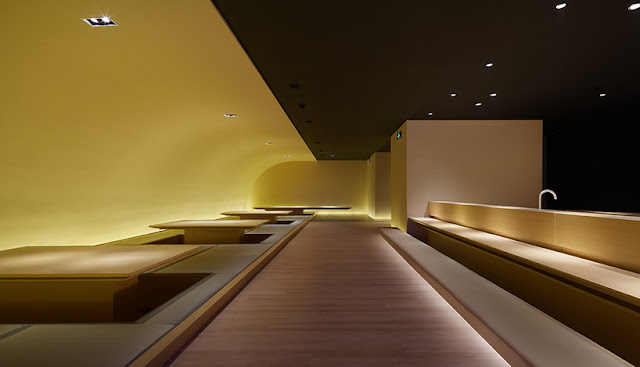 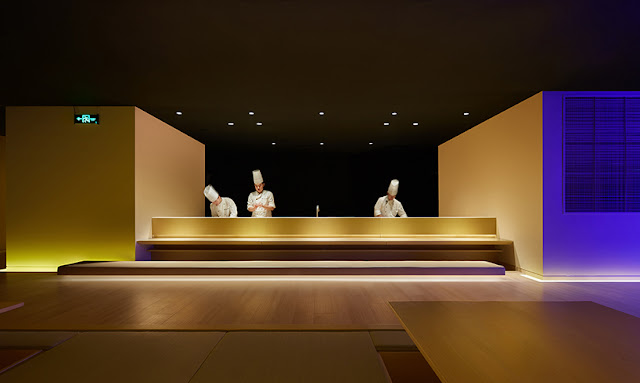 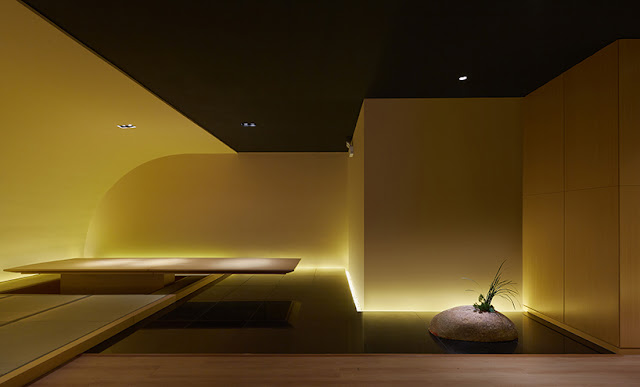 It all greatly reminds me of the sets for director Masaki Kobayashi's incredible 1965 Japanese anthology horror film called "Kwaidan" which means "ghost story." In it, there are four different ghost stories and the most stylized--and chilling--one is "The Woman in the Snow." The ravishing, colorful sets--thanks to genius art direction by Shigemasa Toda and glorious cinematography by Yoshio Miyajima--look like they could have inspired the Setsugekka Japanese Cuisine restaurant.