The Apollo 11 Table by Harow

French design studio Harow created a gorgeous table that is a piece of art to commemorate one of our species' crowning achievements.

"Apollo 11 was the famous mission for the American Apollo space programme during which, on 20 July 1969 and for the first time in history, man set foot on the Moon. It was the third manned mission to the Moon, after Apollo 8 and Apollo 10, and was the fifth manned mission of the Apollo programme. With this feat, NASA, the American space agency, fulfilled the objective originally set for it by President John F. Kennedy in 1961. Apollo 11 was the culmination of a project that mustered considerable human and financial resources, allowing the space agency to catch up to the Soviet astronautic programme, and finally to overtake it. The first steps ever taken on the Moon, which were filmed with a video camera and broadcast live, were an event followed by hundreds of millions of people all over the planet.

Digital files from the NASA archives were needed in order to recreate the topology of real surfaces of the Moon, which constitute an artistic and poetic landscape. The craters are sculpted on a fibreglass slab and covered with a layer of resin, the transparency of which allows shadows to play over the lunar surface. The physico-chemical, dynamic, and thermal properties of this resin require a regular delay between each layer for perfect polymerisation, and the creation of the slab demands a confined and sterile environment. The feet, a contemporary representation of those of the LEM module, require precision manufacturing. Each piece is sculpted to the micro-millimetre, delicately and directly from the block, which is composed of a brass and aluminium alloy." 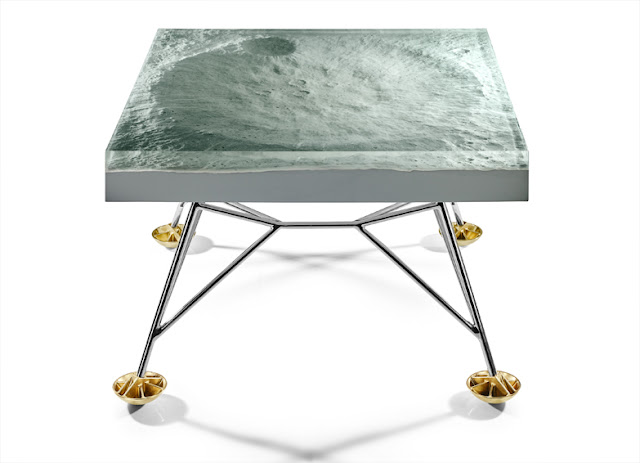 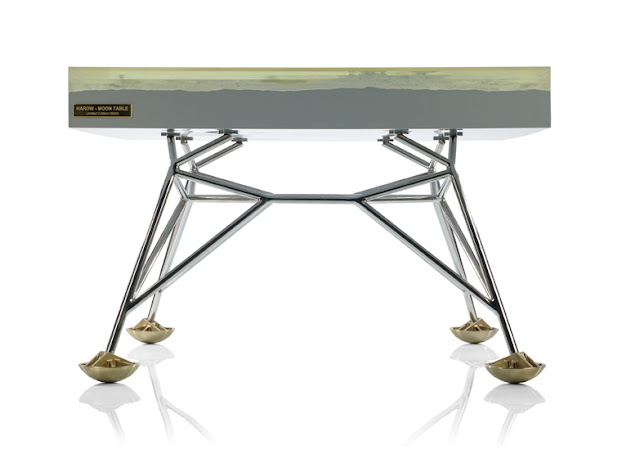 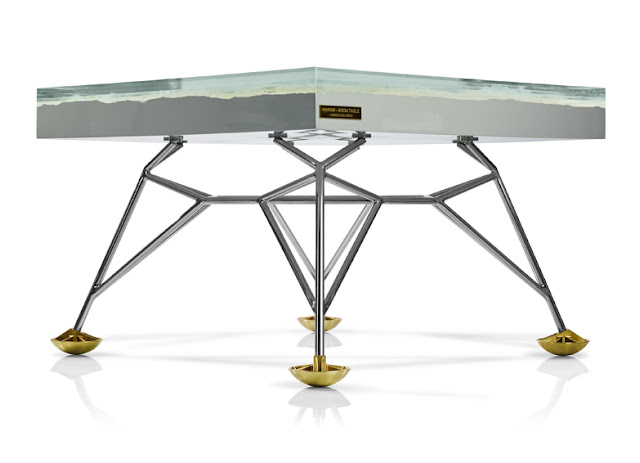 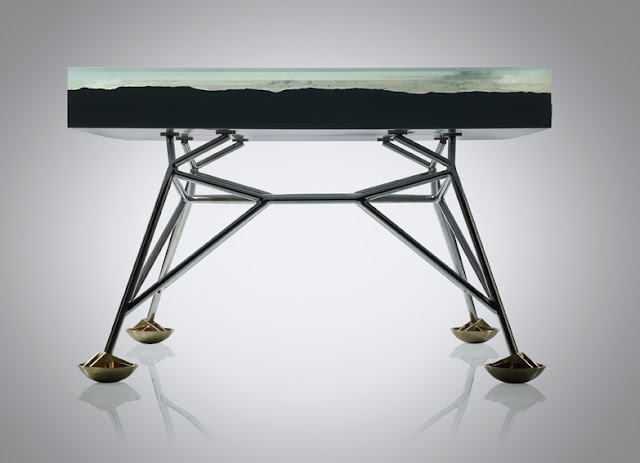 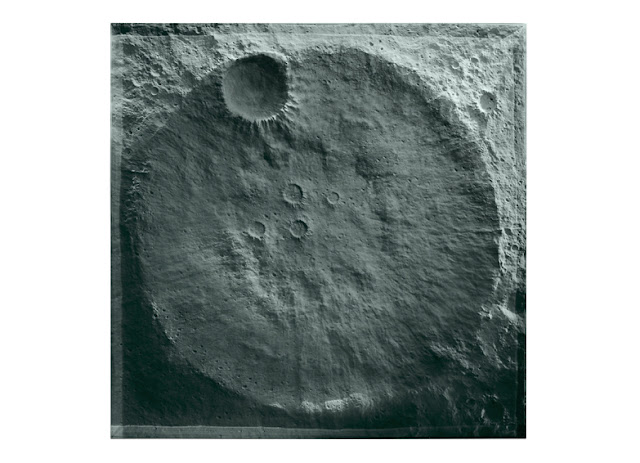 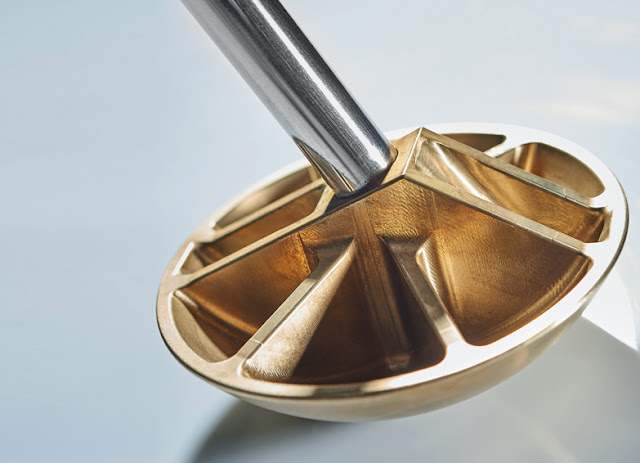 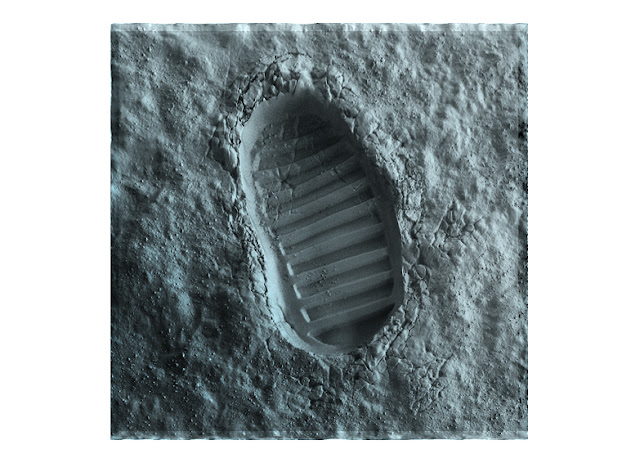