Chinese-born, Texas-based artist Beili Liu (previously here) made her installation After All / Mending The Sky as an illustration to a lovely, ancient, Chinese creation story.

"After All / Mending The Sky [silk, cyanotype, needles, thread, wire, hardware, dimensions variable] is comprised of nine suspended, organic, cloud-like forms, each composed of translucent half domes crafted from raw silk fiber. These domes or 'stones' have been imprinted upon using Cyanotype process to lend rich indigo tones to their forms, from which hundreds of fine sewing threads descend. At each end of a thread, a sewing needle is attached.

The installation draws upon the ancient Chinese fable of Nüwa, goddess and creator of mankind. After a tear in the sky brings suffering and calamity to her creations, Nüwa undertakes the painstaking task of mending the sky, and returning order to the world. The installation draws a parallel between the goddess’ heroic act and the humble, domestic, women’s task of sewing—both endeavor to create and to mend." 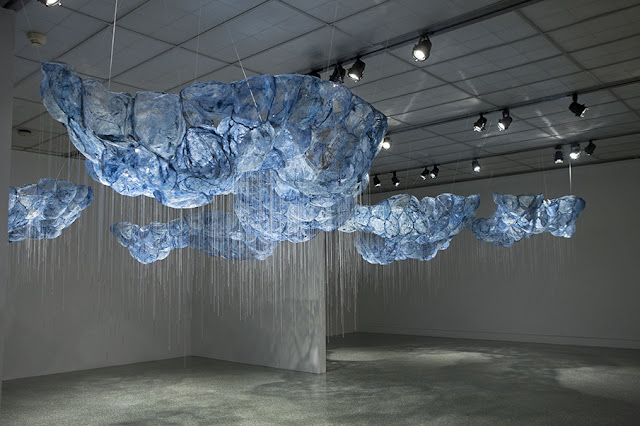 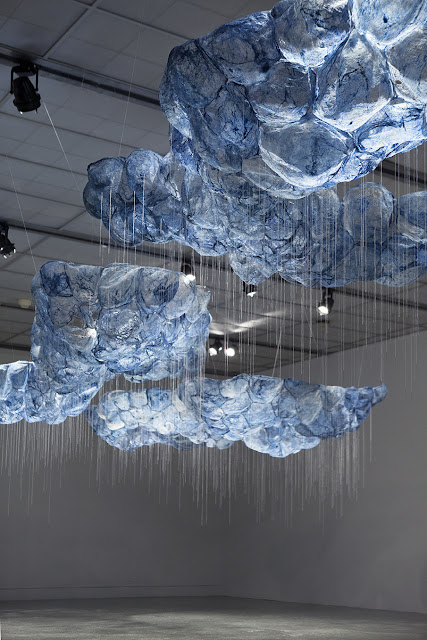 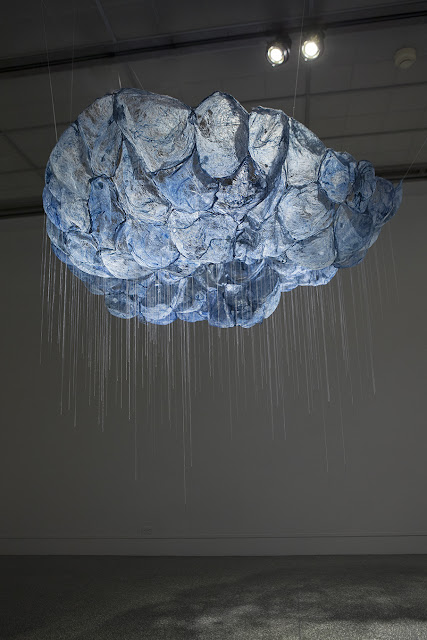 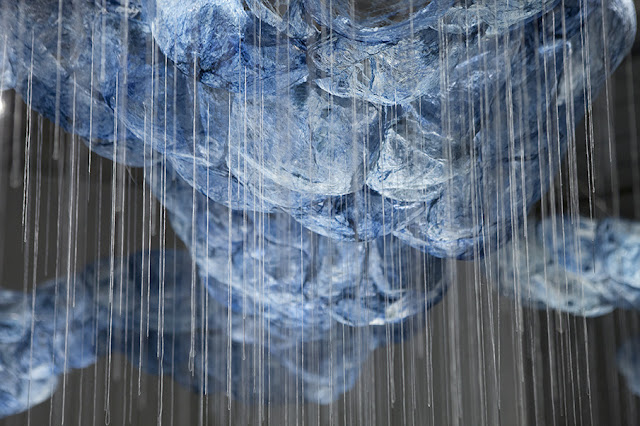 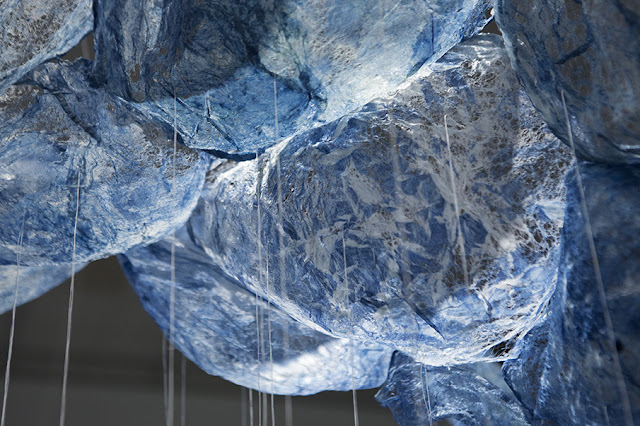 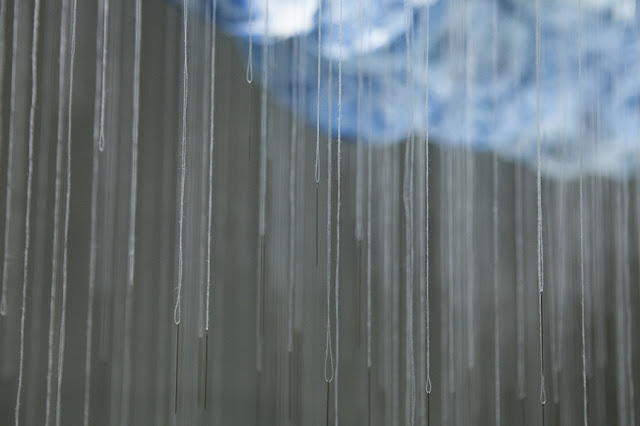 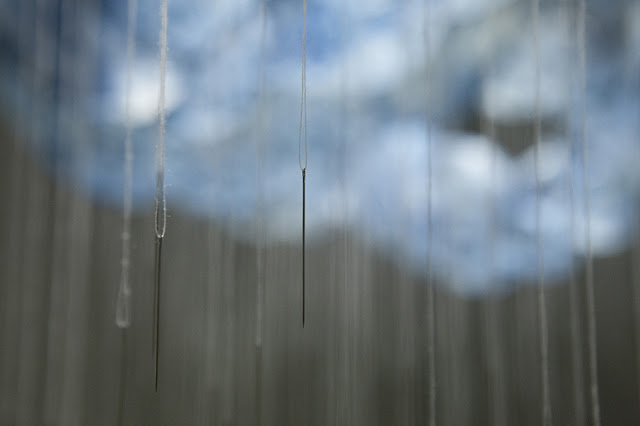 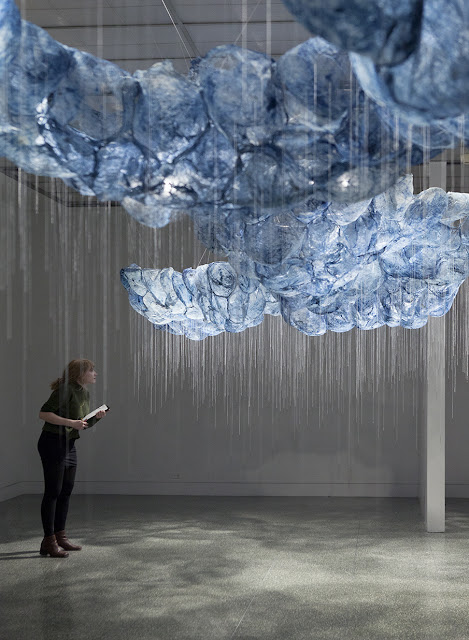