It's taken her a while to get here but she finally did it. And I suppose I understand: children of famous parents often want to strike out on their own, without help from or reference to their famous parent(s). But for her Fall-Winter '19-'20 collection at Paris Fashion Week, Stella McCartney paid homage to her father's band. Now some of you who are of a certain age might need some explanation: Stella's father Paul was in a band... perhaps you have heard of them... The Beatles. And in 1969, the Fab Four released a film that turned out to be one of the most important and defining moments of the 60s. Called "Yellow Submarine," it was an animated psychedelic spectacle whose colors and shapes must have entertained a young Stella the first time around. But a recent viewing of the 4k-digitized restored version inspired her. "The last time, I saw it through the eyes of a child. This time, it blew my mind. I looked at it as a fashion designer and a creative person."

For this collection, she utilized images of not only her father but his fellow Beatles, Ringo Starr, John Lennon, and George Harrison (one of the models she chose looks more than a bit like Harrison). Called "All Together Now," this capsule collection features not only colorful, animated images of the band, but scenes from the film along with words ("LOVE") and graphics (look at the trench peppered with patches and you will see The Chief Blue Meanie at the bottom!) that appear in "Yellow Submarine." Additional suiting pieces and separates echo the looks The Beatles sported over the years. It's a lovely thing on so many levels...it is nice to see images and graphics from such a special film, the message of "All Together Now" and "LOVE" is needed now more than ever, and it is touching to see Stella embracing the world-changing work her father created both on a familial and global level. 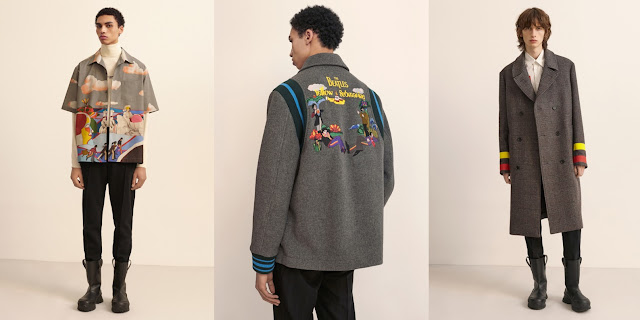 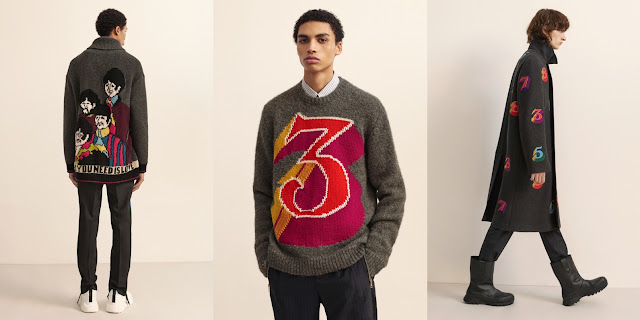 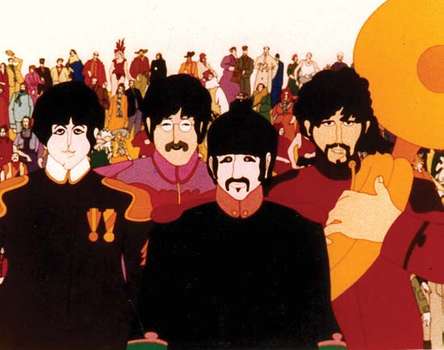 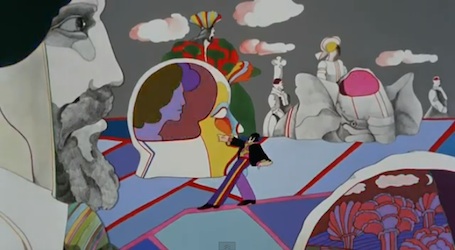 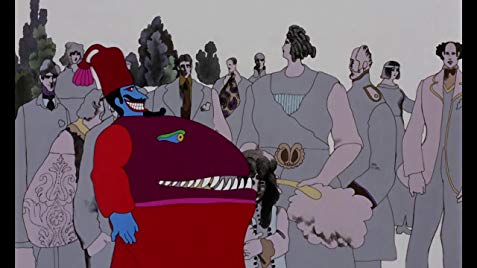 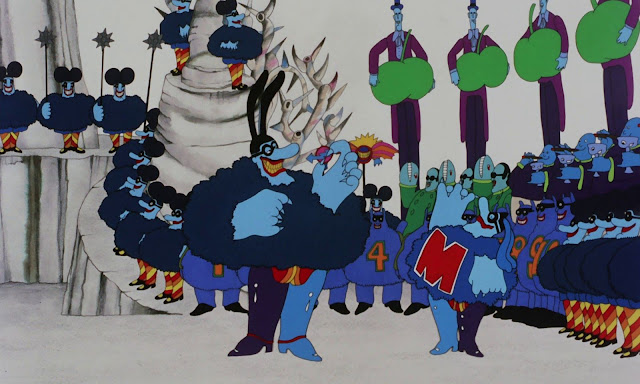 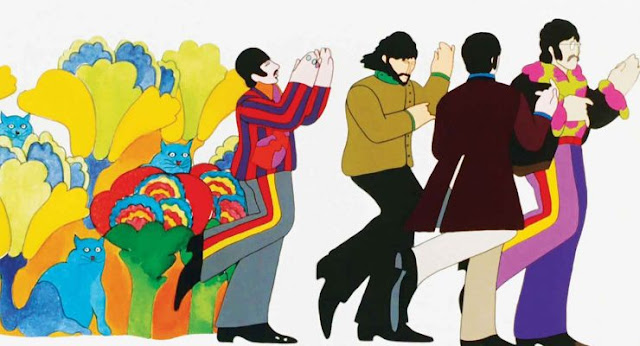