And here we are, finally, in Paris.

Jérémie Égry, Aurélien Arbet, and José Lamali of Études presented a Fall-Winter '19-'20 collection that, while structurally pretty pedestrian, featured the dynamic, iconic work of the late artist Keith Haring (previously here and here). In collaboration with Keith Haring’s Haring Studio, they used his squiggles and doodles to nice effect. 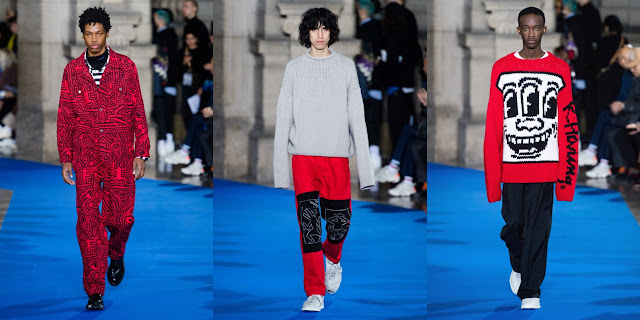 Haring is such an iconic 80s artist, coming from the downtown Manhattan art scene along with Jean-Michel Basquiat and Madonna, and although Haring died in 1990, his work still speaks to us today. His graphic street style translated well onto large canvases in which he railed against injustice of all kinds: apartheid, the destruction of the planet, rampant consumerism and greed, and the bigotry and hatred that allowed thousands and thousands to die of a disease that, if we had gotten a jump on finding a cure, might be eradicated by now.

His work reads like hieroglyphics, recording and marking the rage, terror, and sadness that infiltrated the dark Reagan years. Figures either dance in rapture, or shake and run from a restlessness born of frustration. I lived through those years and while Madonna sang "Everybody/ Come on, dance and sing," there was an anxious, fearful energy in the air because of AIDS and the very real threat of nuclear war with Russia. I think both of these paradoxical feelings--joy and fear--informed Haring's work. Things may have been difficult, but we still wanted to dance and have a good time...and perhaps the trio of designers at Études feel we are in the same spot now. I can feel it.

So few artists have created their own vocabulary. By that I mean that artists traditionally have painted landscapes or still lifes, figures of mostly women and some of men, allegorical scenes or scenes from the Bible. But who else created anything akin to barking human-dogs, a radiant baby, or persistent and zapping UFOs...and used them in their own visual language. Oh, there are some who created their own semaphores: maybe Cocteau... maybe Francis Bacon in a way...certainly Matthew Barney with his oblique Cremaster Series. But this is not so common to painters. And Haring did manage to invent his own visual language. So if you are going to put someone's art work on your clothing, go for the most unique you can find! 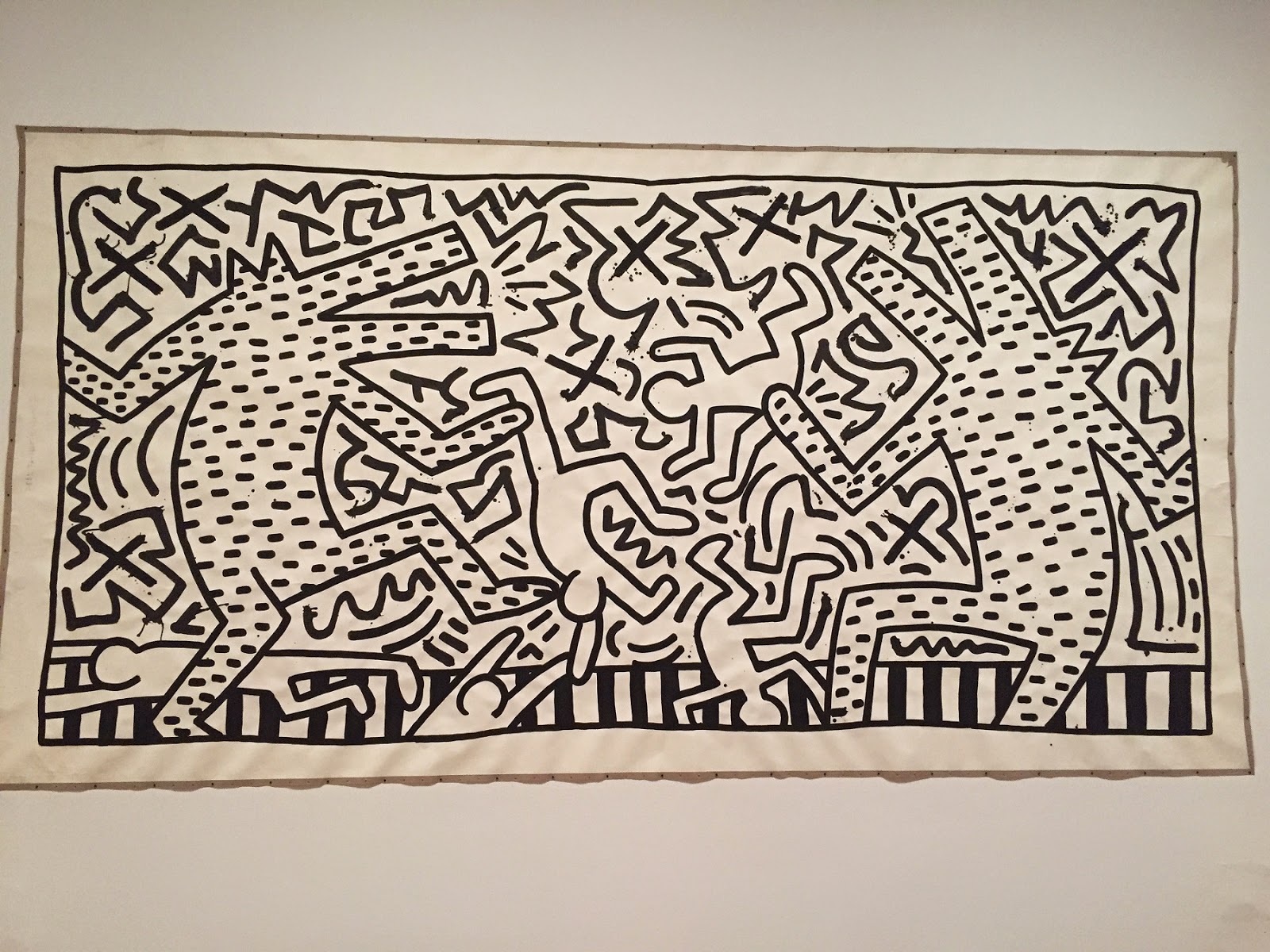 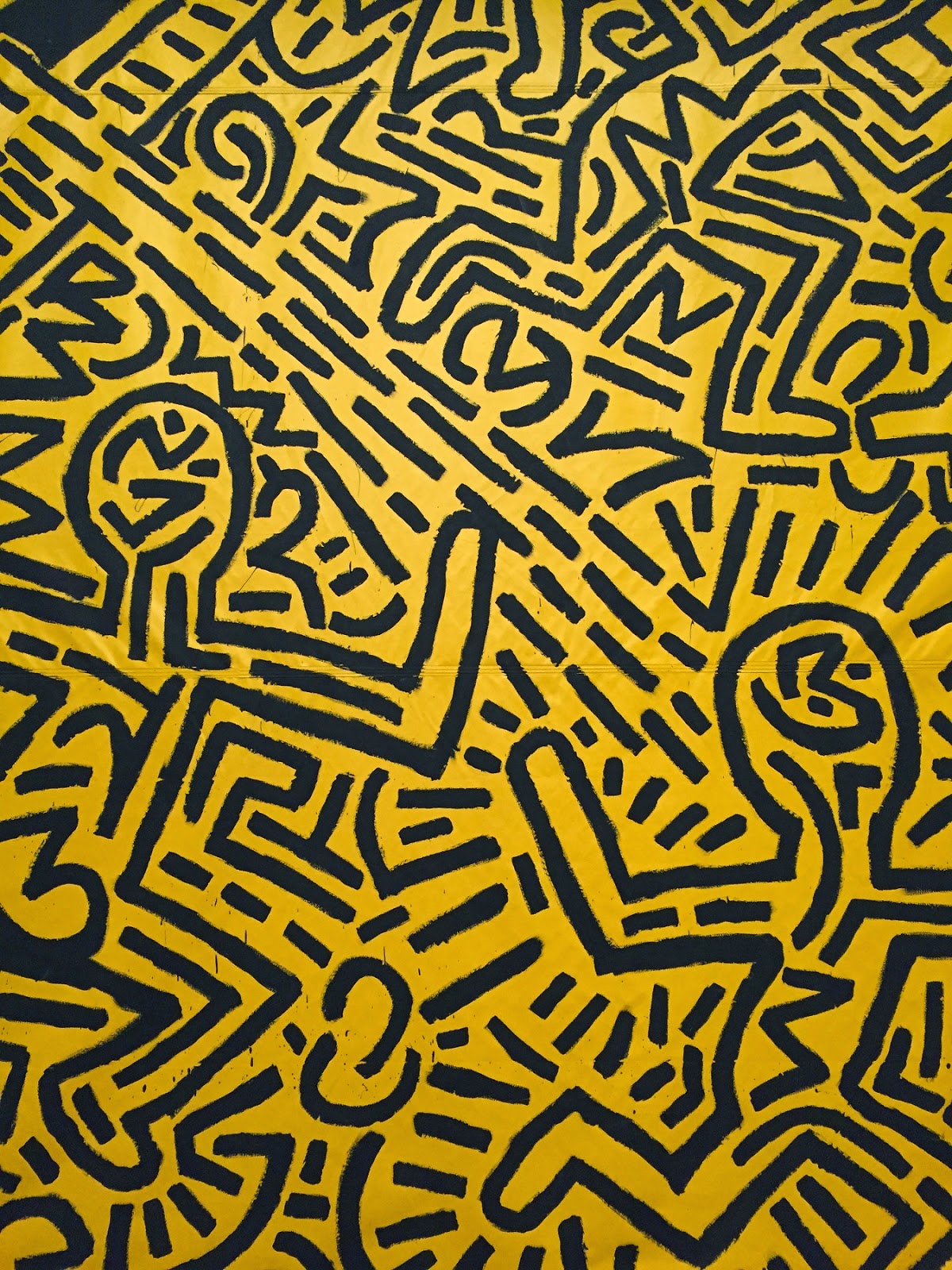 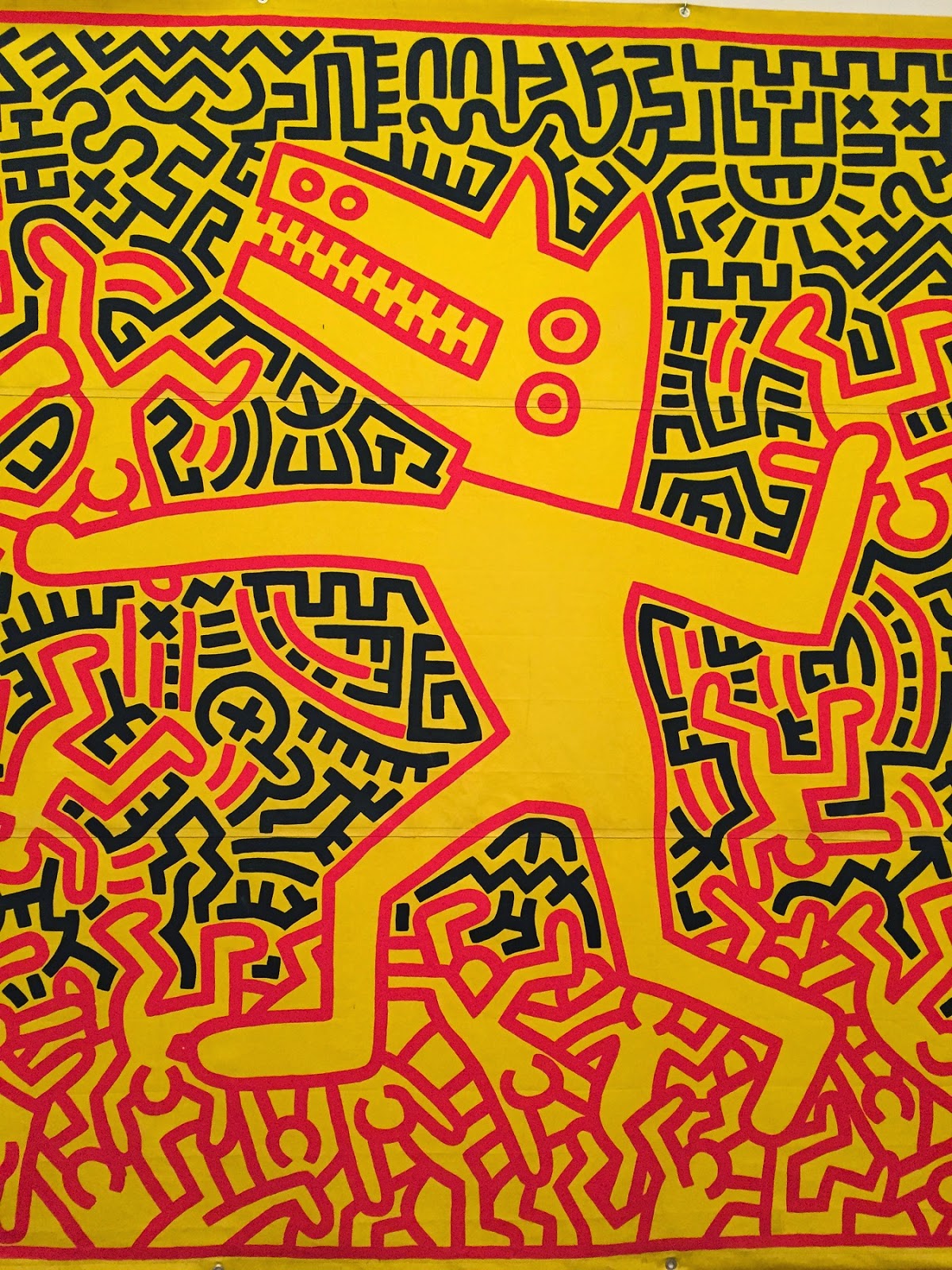 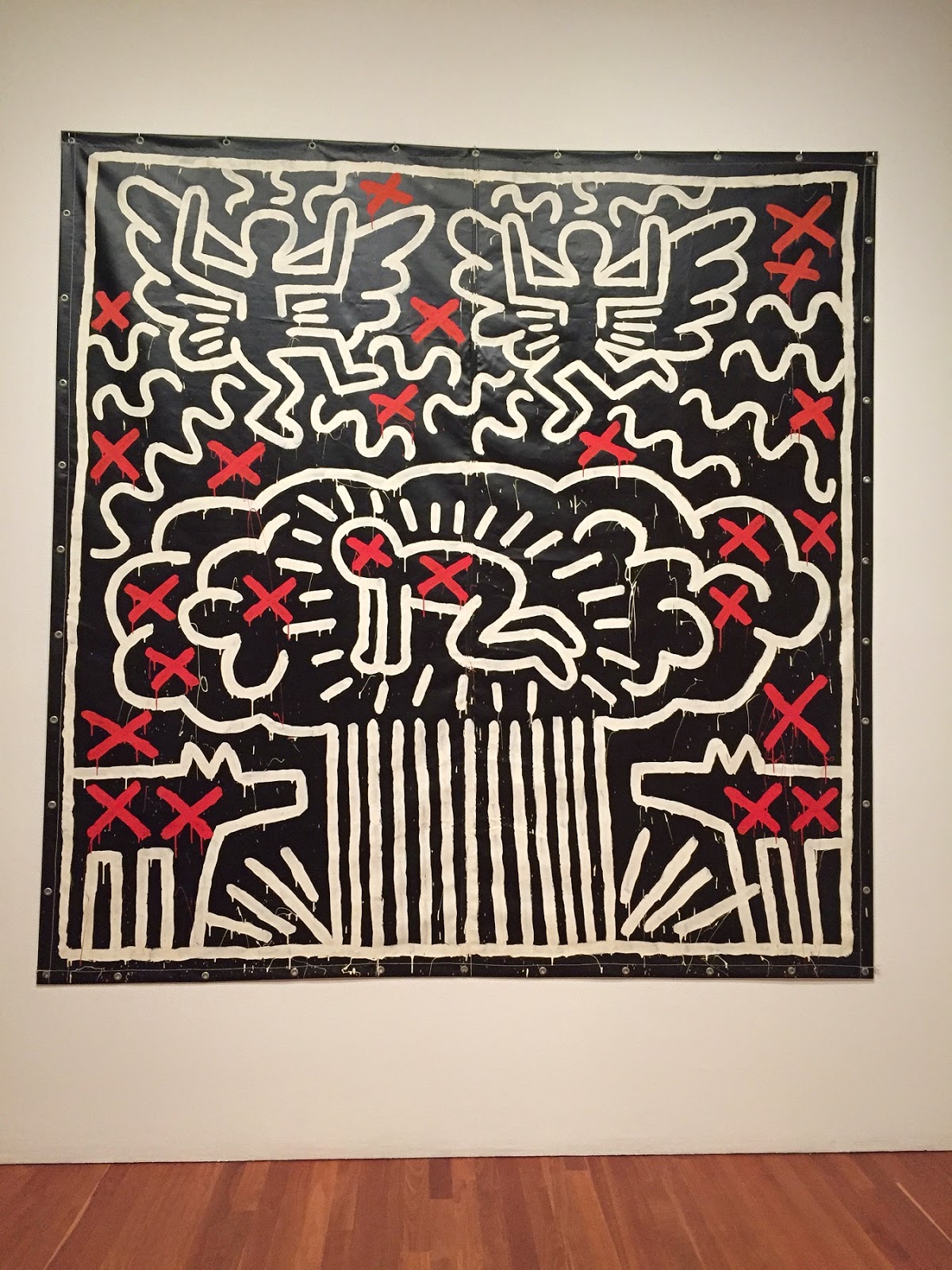 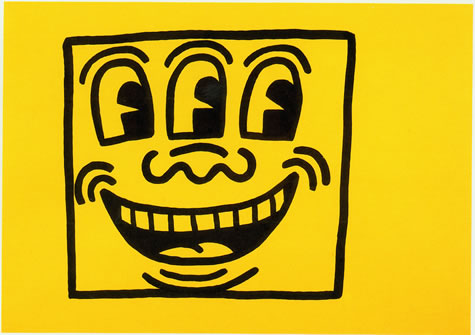