In honor of National Poetry Month, once a week I will be featuring lyrics of rock n' roll or pop songs that also double as exquisite poetry.

To begin with, let's examine a piece by a prolific songwriter. Paul Simon wrote this song "America" for him and his partner Art Garfunkel to sing on their 1968 concept album "Bookends." Rock journalist Bud Scoppa said, "the record is a meditation on the passage of life and the psychological impact of life's irreversible, ever-accumulating losses". The stunning song cycle also describes the life and death of the romantic ideal of the American Dream and this song addresses that theme with brevity and grace. There was a tremendous amount of social change and dissatisfaction at that time (the Black Panthers formed two years earlier, the Summer of Love was happening, the Altamont riots happened the following year, and the Kent State Shootings would happen two years later), a groundswell of young people questioning a rather empty way of life they were simply expected to inherit and follow, and be quiet about it.

As usual, I am presenting this song (and all songs this month) with lyrics only since that is what I am focusing on. But this is a song where the music--a gentle and naïve melody, and a quirky arrangement that is playful but world-weary--is necessary to get the complete picture. Do Google it and give it a listen.

"Let us be lovers, we'll marry our fortunes together
I've got some real estate here in my bag"
So we bought a pack of cigarettes and Mrs. Wagner pies
And we walked off to look for America

"Cathy," I said as we boarded a Greyhound in Pittsburgh,
"Michigan seems like a dream to me now
It took me four days to hitchhike from Saginaw
I've gone to look for America"

Laughing on the bus, playing games with the faces
She said the man in the gabardine suit was a spy
I said, be careful, his bowtie is really a camera

"Toss me a cigarette, I think there's one in my raincoat"
"We smoked the last one an hour ago"
So I looked at the scenery
She read her magazine
And the moon rose over an open field 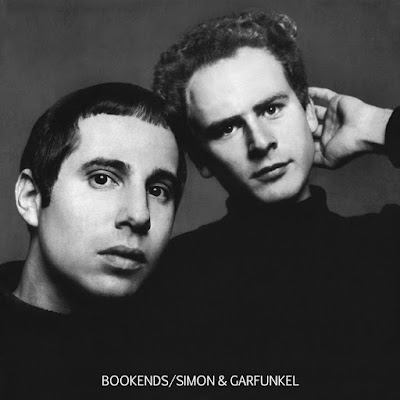