The Poetry of Rock n' Roll: "This Is The House"

In honor of National Poetry Month, I have featured song lyrics that double as poetry, and for this final installment (until next year), let's read the lyrics to a highly enigmatic, beautifully mysterious song called "This Is The House" by Annie Lennox and Dave Stewart, better known as Eurythmics. Taken from their 1983 sophomore album "Sweet Dreams (Are Made Of This)"--several songs on that album are like little tone poem riddles, including the songs "Jennifer" and "This City Never Sleeps."

This Is The House
by Eurythmics

This is the house
This is the hill
This is the story (it's a little thing)
A lock of hair
An invisible smoke trail
Nothing there but the dust and the rust
Oh, everything changes

This is your picture (it's in black and white)
This is the family having a party
There's a crack in the ceiling
And there's an open door
Nothing there but the dust and the rust
Oh, everything changes 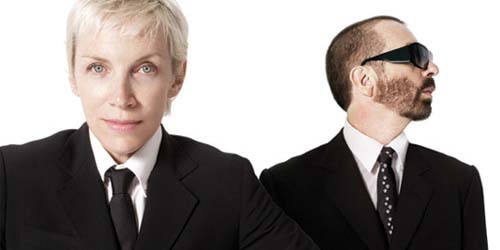 http://eurythmics.com
Posted by Jeff at 7:00 AM