Craig Green (previously here) continues to be a most extraordinary designer. Since his splashy debut collection in 2014--a transcendentally spiritual collection which, it bears mentioning, was so beautiful and moving that it elicited gasps and tears from an audience of jaded fashion industry insiders--Green has always had a penchant for cords, ties, and ropes as well as cobbled-together sculptures from scrap wood and fabric that he straps to the fronts or backs of his models. But the near-ecclesiastical sparseness and Zen-simplicity of his garments belies the larger concepts beneath them. He regularly cites the ideas of deconstructing the masculinity of war and conflict, of the ideas of uniforms and workwear, of the juxtaposition of protection and safety (his sculptures often resemble armour or talismans and wards) with vulnerability, and of seeking a more spiritual, higher level of functioning in this world. His concepts and narratives can be quite oblique, which prompted fashion journalist Sarah Mower to remark, "Craig Green’s calling as a designer is dealing both with the physicality of bodies and the deep complexity of human minds." A tall order for "just clothing"...but this is why I love fashion at this level. It is conceptual and performance art.

And for his SS '20 collection at London Fashion Week Men's, the concepts--or rather I should say the connections between his concepts--were quite cerebral. He started with his usual workwear/utilitarian channel-tufted pieces, with the addition of square exterior pockets. Green says, "It began with thinking a lot about skin—that you wear leather to protect yourself when you’re on a motorbike." The idea of skin gave way to what Green says was a foray into "Zoroastrian anatomical drawings, and a weird Egyptian idea--this idea of being embalmed and buried with all your worldly goods." This manifested in pieces on which are stitched starbursts of muscle groups and lines indicating where those muscles run in the body (fourth set of images). Next we get gingham caftans that feature more diagrams and grids. And here is where Green took a leap.

From the Zoroastrian to the Egyptian, he then springboarded to Easter celebrations and resurrection iconography which led, somehow, to his most unique creations yet: suits based on the Mexican art of papel picado, or perforated paper. In Mexico, artisans use chisels to carve out intricate designs on thick stacks of thin crepe paper. These perforated paper designs are usually strung into long banners and used as decorations for celebrations like Day of the Dead and Easter. This is Green playing, experimenting, letting his imagination run. I don't expect these pieces will be available in stores (the way the leather and quilted workwear pieces will be), but when one is a true artist working at the top of one's game, sale-ability is hardly one's main concern.

After an interlude of much more accessible (and sale-able!) outerwear pieces adorned with more geometric diagrams (not shown here), Green returned to the idea of skin and the body with a series of outerwear and rainwear pieces on which is printed (it actually looks like photocopies) men's nude bodies on black backgrounds, again overlaid with simple lines indicating areas of muscles and directions of limbs. The effect is a bit humorous, and a bit trompe l'oeil, but also a bit sobering, reminding one of the visceral and thus finite nature of our bodies. We will all someday, like the Egyptians, be laid out before our journey to the afterlife. 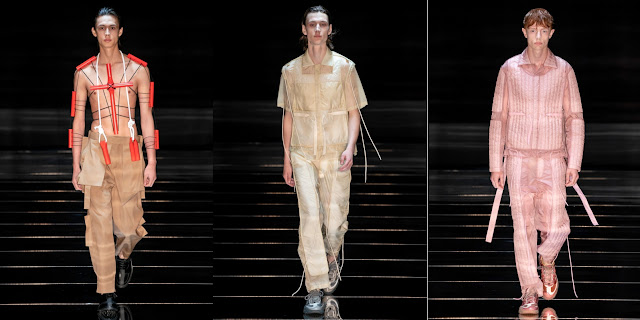 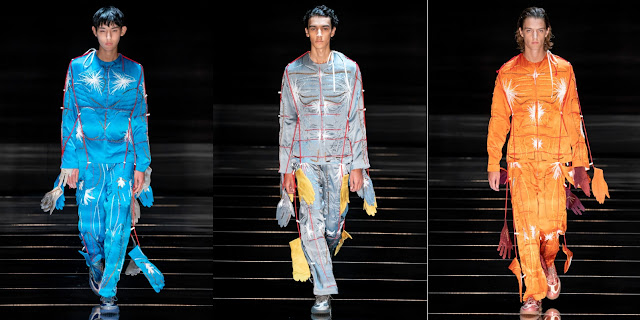 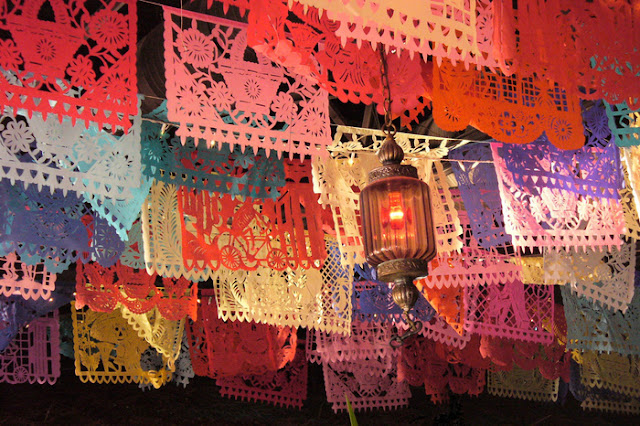 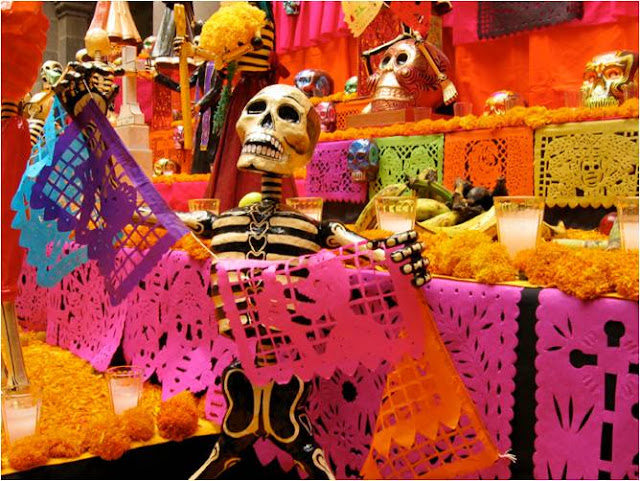 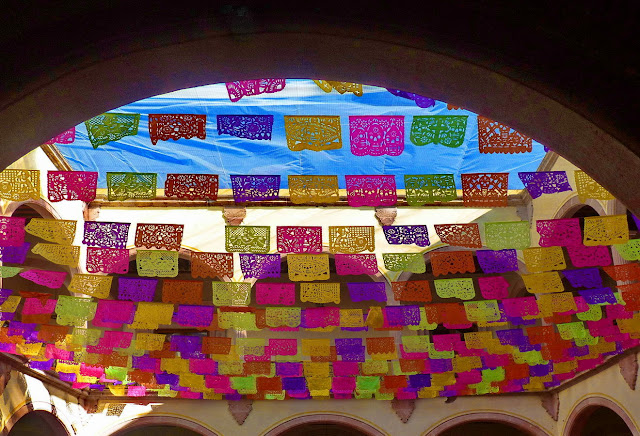