I just love what Xander Zhou has been imagining, manifesting, and creating for the last many seasons. He has always been a designer of pared down, sleek, futuristic garments, but it seems that his interest in such a concept has kicked into overdrive. In the past, he explored the possible breakdown of cultures, the rise of genetic modification and cloning, and the advance of extreme climate collapse. By his own admission, Zhou is both excited for and frightened of the future.

But now for his SS '20 collection shown at London Fashion Week Men's, he seems to be wanting to leave the planet all together. And who can blame him; I'd join him if I could. This collection titled "Supernatural Extraterrestrial" is simply out of this world (!). His Shinto/Zen Buddhist/with-a-splash-of-Native-American-Plains-shaman aliens live in a dimension of the spirit clad in caftans, kimonos, togas, ecclesiastical-esque robes, and dripping with gorgeous prayer beads and ritual necklaces. The adhesive stones speak to animism beliefs and the harmony of humanoids with nature...or are they future technology we haven't seen yet. After all, Arthur C. Clarke said, "Any sufficiently advanced technology is indistinguishable from magic."

Ten years ago, we were all breathlessly talking about the rise of skirts for men as if that was something that was somehow going to completely shatter and upend men's clothing and societal norms. Flash forward to the present, there are lots of men in skirts, we are actually quite used to it, and the sky didn't fall down. But for this collection, Zhou doesn't present skirts in equal parts to trousers...the trousers are completely absent. Skirts and wraps abound but what I find truly exciting is the long, column skirt. This does feel a bit groundbreaking. 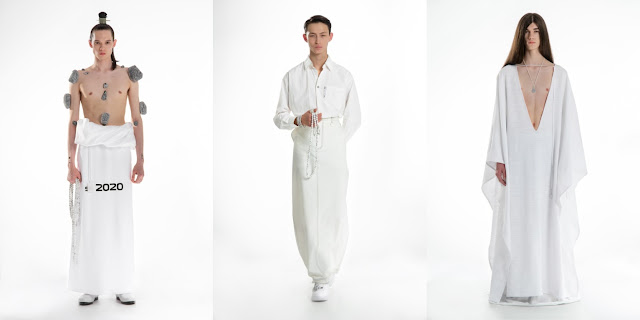 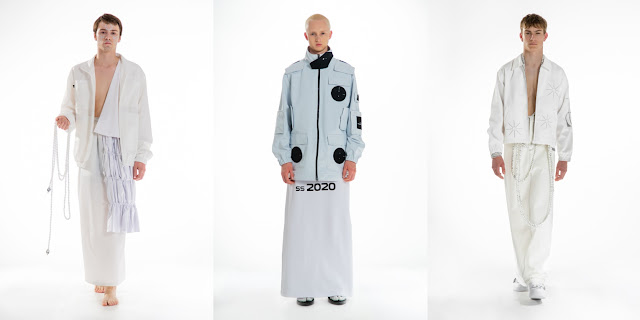 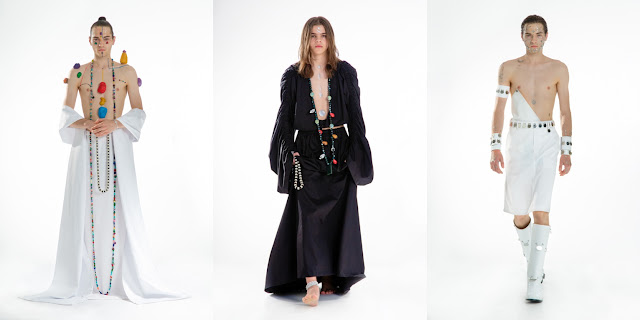 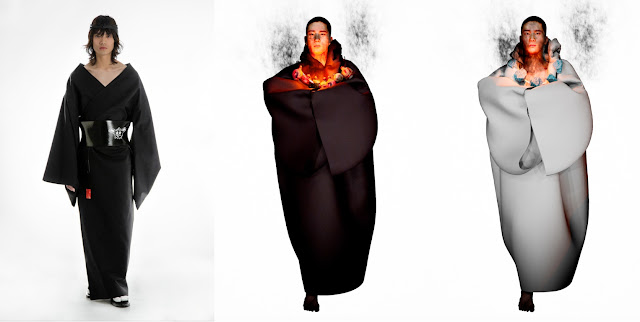 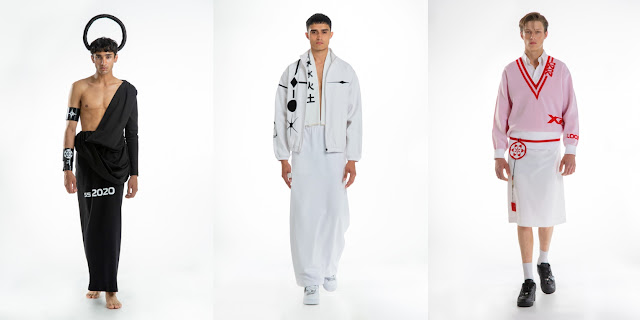 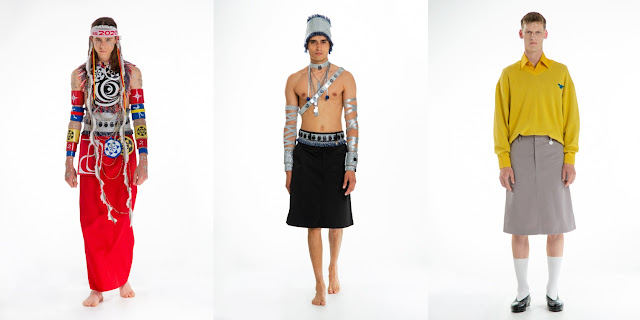