One Step Closer To Anti Matter 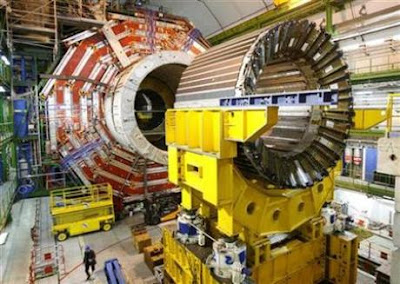 In an article in the journal Nature, CERN said it had produced anti-hydrogen atoms -- the opposite of a hydrogen atom -- in a vacuum and kept them viable for about a tenth of a second: "Long enough to study them," it said.

Some 38 anti-hydrogen atoms have now been trapped long enough for scientists to take a look at them in their quest to understand what happened to anti-matter after the Big Bang explosion that created the universe.

"For reasons that no one yet understands, nature ruled out anti-matter," Jeffrey Hangst, a spokesman for the "Alpha" experiment, said in a statement. "This inspires us to work that much harder to see if anti-matter holds some secret."

(Reporting by Laura MacInnis)
Posted by Jeff at 7:37 AM