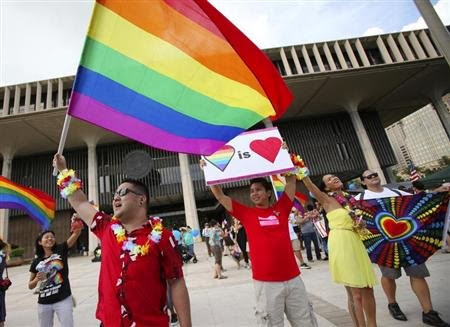 Finally, Hawaii has legalized same-sex marriage! The Hawaiian state Senate today passed a bill allowing gay men and women to be married on the islands beginning December 2nd, 2013! The vote: 19 - 4 in favor! The islands become the 16th state (counting the District of Columbia--which, I know, is technically not a state, blah blah blah) to legally allow gay unions.