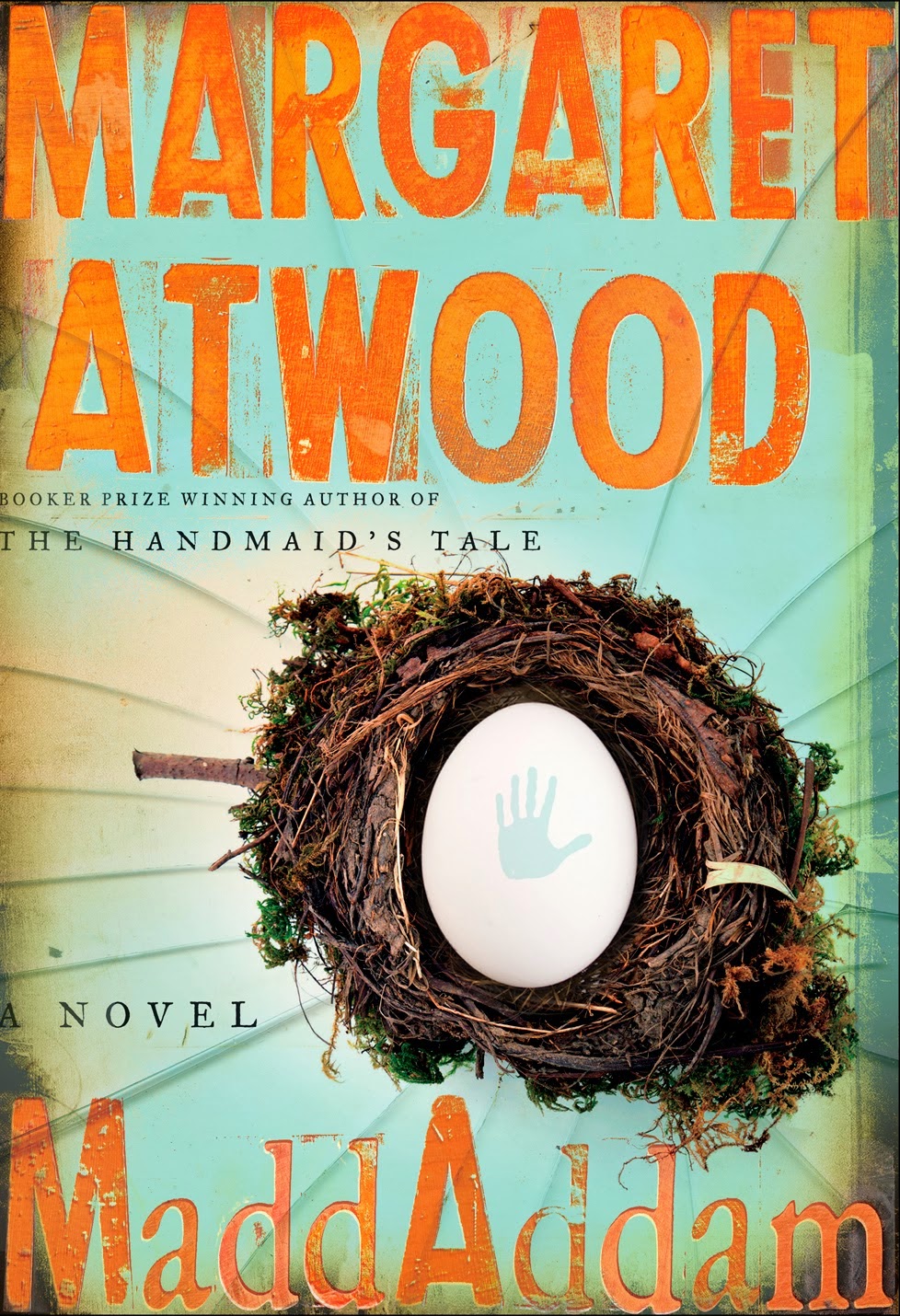 After reading ORYX AND CRAKE and THE YEAR OF THE FLOOD (which I reviewed here and here), I was extremely eager to finish up the story with her final book in the series, MADDADDAM. I liked the first two captivating books a lot...

Now, I do want to say before I go further, that I did enjoy MADDADDAM... it is engrossing just like the first two installments. But perhaps there is something about already knowing the lay of the land, so to speak, that takes some of the novelty and astonishment away. Atwood did a spectacular job of creating a complete and total universe in ORYX AND CRAKE and FLOOD--albeit a horrifying world based solely on technology that currently exists. This is why her social and science fiction is so penetrating and successful: because she simply looks at the current position and trajectory of the planet and moves the timeline ahead to a logical outcome. And the outcome is pretty damn scary. She explored this possible world so thoroughly and we followed characters barely surviving it all, and honestly, there was nowhere new to go. In this way, MADDADDAM is not really a stand alone story, it is more of a denouement. ORYX AND CRAKE is Part 1A, and FLOOD is Part 1B since both stories ostensibly take place at the same time, but just from the perspectives of different characters. And MADDADDAM brings all these characters (human survivors and genetically modified creatures) together in the world Atwood created for the wrap-up. All the characters that were leading parallel lives are finally joined. It is very satisfying to get answers to questions, and to be let in on why characters got to be the way they are, or why certain events happened as they did in the first two books. It is all tied together nicely. But there is something about the last few chapters that feels rushed. Bing-bang-boom, a big final event, and then we are done.

But again, I am not complaining, merely describing my feelings. And I will say again that I am not unsatisfied with what Atwood created. There is no other way the story could have gone. And without giving anything away (this is not a direct spoiler), it is nice that the dark universe she created has a bit of hope at the end: creation and the sheer seething tenacity of life cannot be stopped.

Recommend? Yes, if you have read ORYX AND CRAKE and THE YEAR OF THE FLOOD. Otherwise, it won't make any sense to you. If you have read the first two, you have to read MADDADDAM!

http://margaretatwood.ca/
Posted by Jeff at 9:21 PM