A wrap-up of some interesting details at London Collections: Men for Fall-Winter '15-'16.

At the MAN show, new designer Rory Parnell Mooney showed a loose, rippling silhouette in somber black and navy. The sense may have been reminiscent of a Zen monk, but of particular note is the wide trouser. We are going to see pants become fuller and fuller, as the pendulum swings away from the pencil-thin, tight trousers that have reigned supreme for a while now.

It seems like the Hundredth Monkey moment for London Collections: Men for '15-'16 was the jumpsuit... we will see if it shows up in Milan or Paris in the next two weeks.

Below we see a leather biker jumpsuit from Belstaff, a patchwork jumpsuit from Christopher Shannon, and another brown leather (?) example from Xander Zhou.

But the true Hundredth Monkey moment seemed to come in shearling. It was everywhere, including Hackett and Margaret Howell... 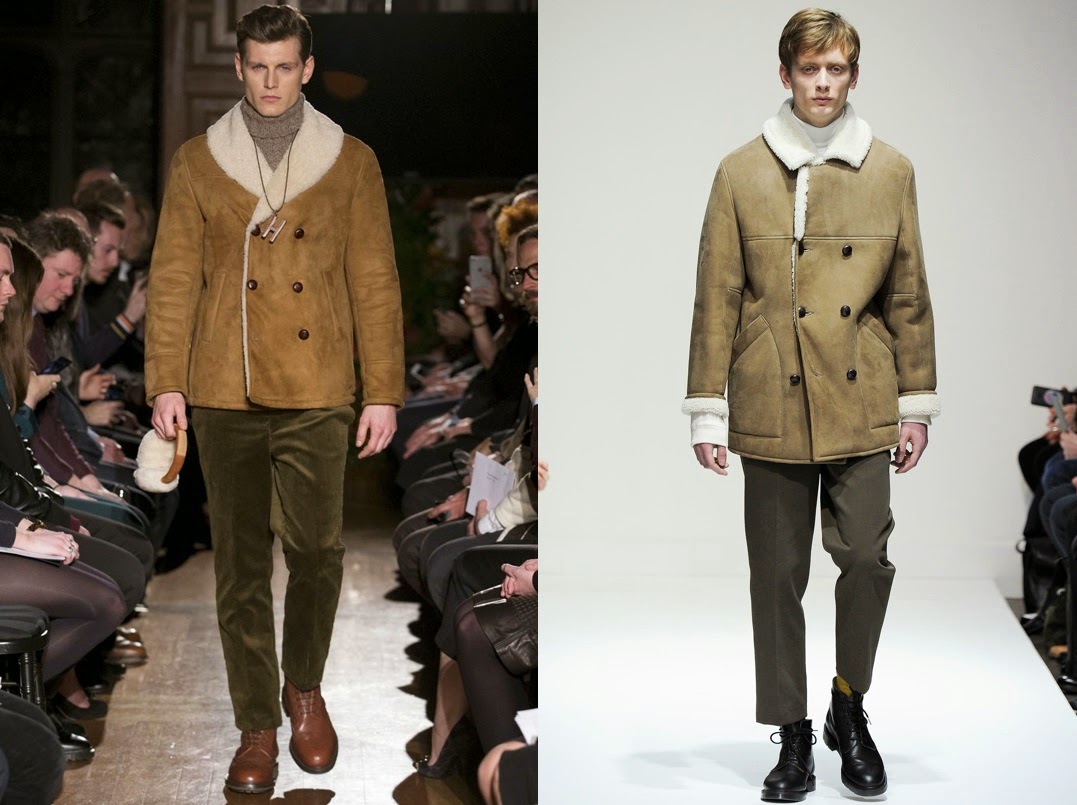 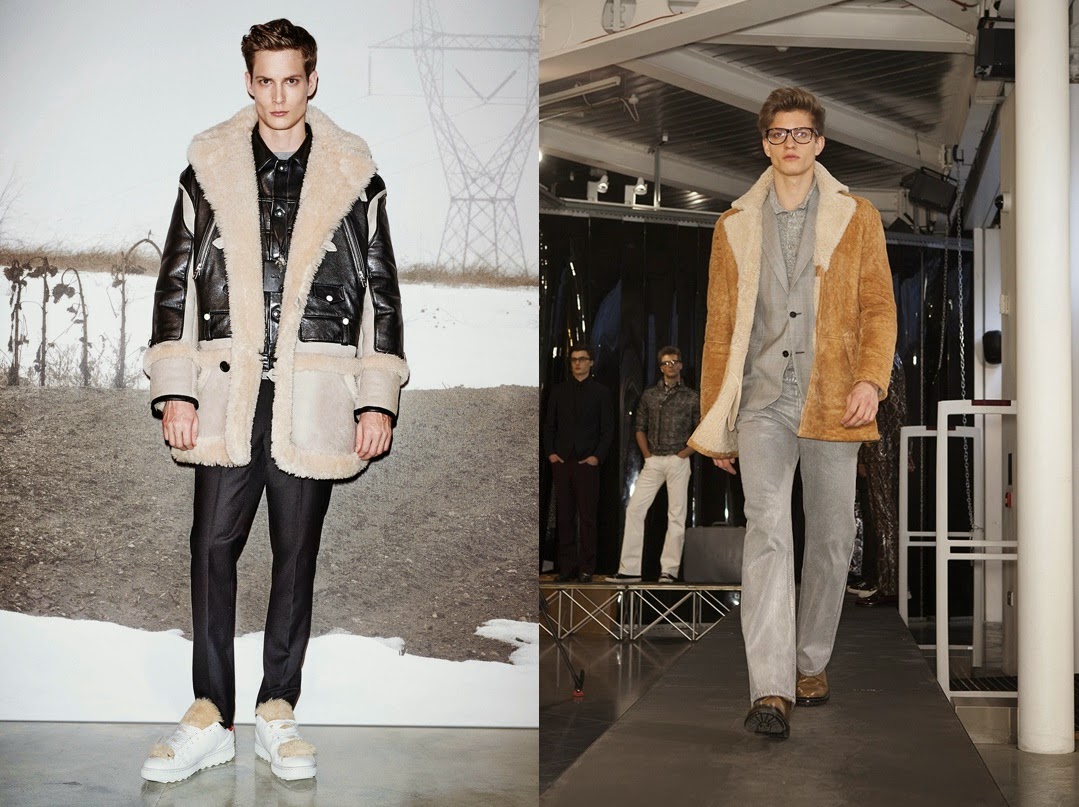 Speaking of Coach, the company's newly appointed Creative Director Stuart Vevers created a collection inspired by an influential film from his teenage years, Gus Van Sant's "My Own Private Idaho." The collection was filled with pleasing luxury versions of traditional Mid-Western outerwear but a great touch was the fur and shearling sneakers!

Mark Thomas, Lead Designer at Joseph, used zippers for a subtle but powerful effect. Double breasted suits featured side zippers and trousers sported zippers on the front, along the shin...a great detail.

Let's leave the dark colors behind and take a look at AGI & SAM's wildly colorful collection that was part Mondrian, part Pollock, and all Lego, with the plastic toys assembling themselves on the faces of models. 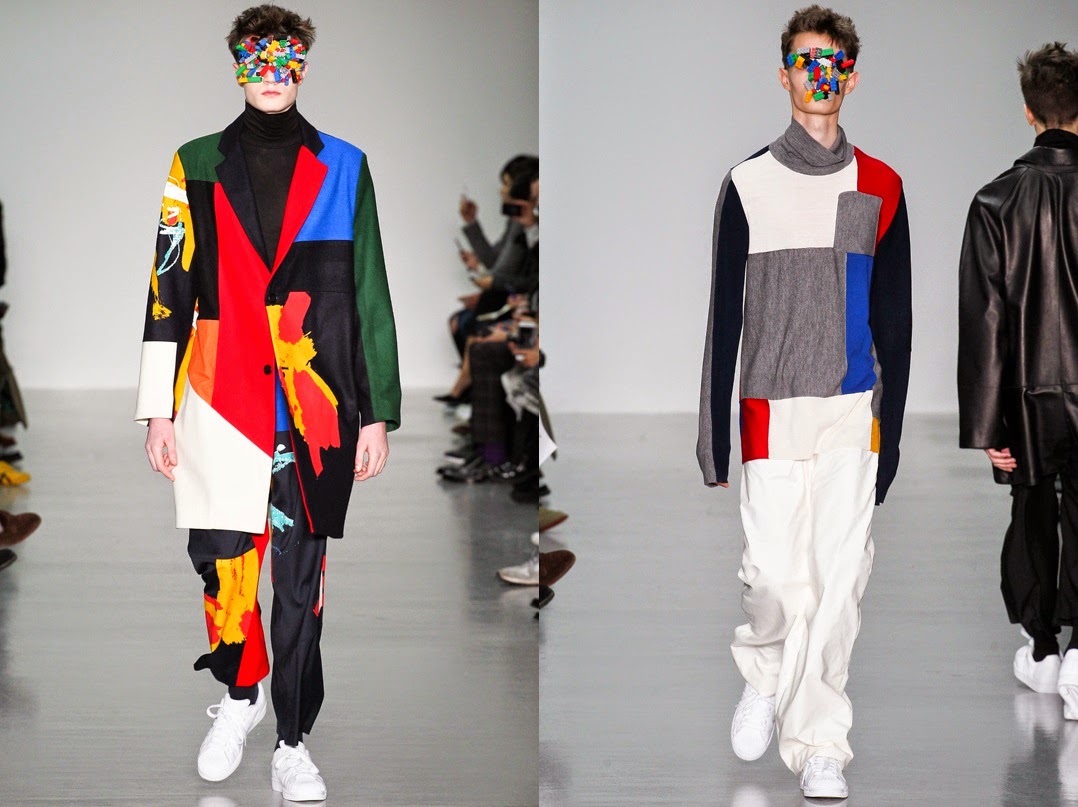 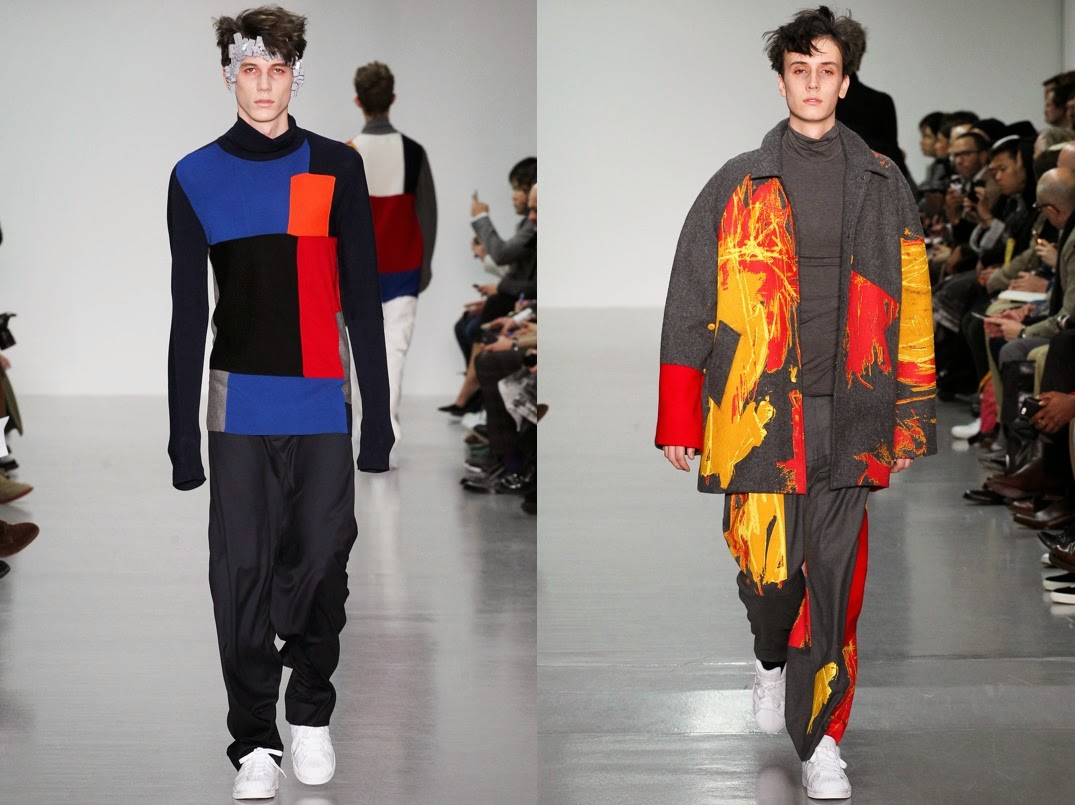 And finally, for kicks, here is Christopher Raeburn's hilarious collection that was peppered with a shark motif and highlighted by overcoats made from pieces of orange rubber life rafts and inflatable jackets for water survival! 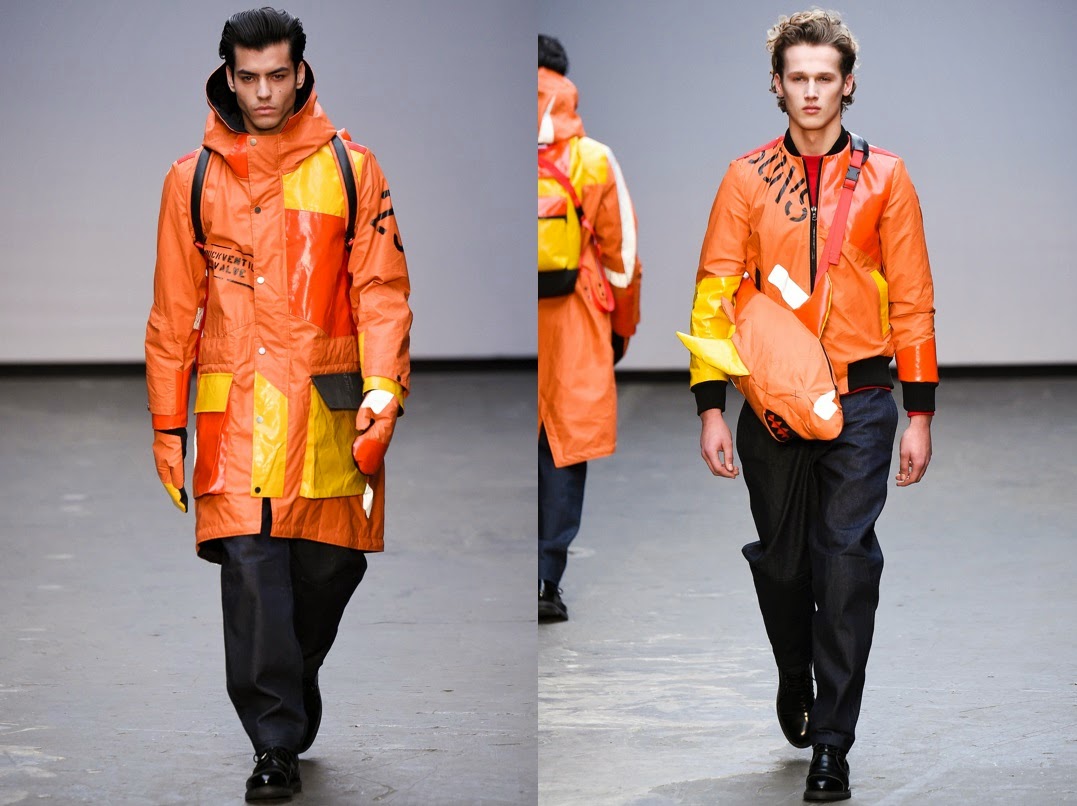 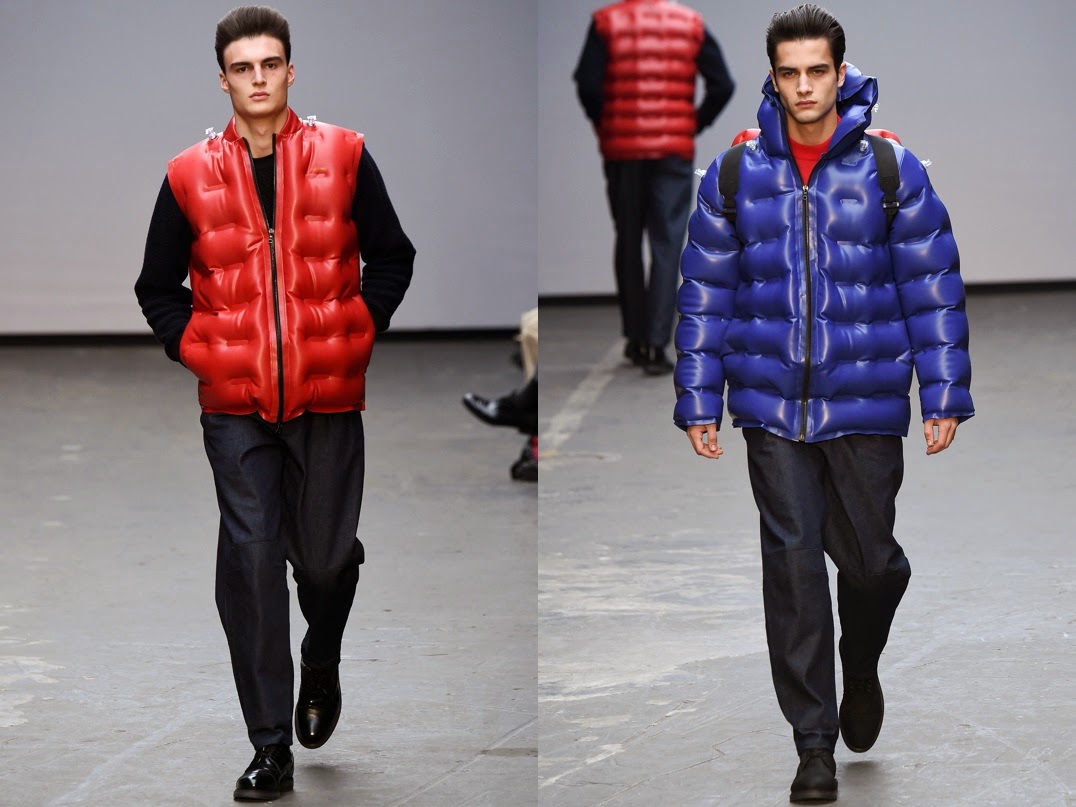