Westwood's Fall-Winter '15-'16 offering at Milano Moda Uomo was supposedly inspired by the Prince of Wales, Charles, heir to the English throne.

From the house:
"This collection is an artful story full of print, colour and rich fabrics which hint at the past, but have a strong focus on the future. Classic checks are boldly re-imagined, colliding together to create a colourful and eccentrically-styled collection with an unmistakable air of Englishness about it. Prince Charles is held up as a hero and patron of the collection, with his face emblazoned across t-shirts, making no secret of the fact that his traditionally-English style as well as outstanding charity work played its part. References to Vivienne's AW1988/89 'Time Machine' collection, like the armour bomber and Harris Tweed pieces are treated to a futuristic feel making this collection feel like a journey through time. Alongside the colour and pattern are signature unisex knits which feel sporty teamed with track pants and boots. The unisex concept was further cemented by a female model opening the show sporting MAN clothes and high heels."

Despite the fact that Charles is the patron of this collection (one model sporting Charles' image on a tee wore a knit cap with white feathers, echoing  the three feathers seen on the personal badge of the Prince of Wales) and Westwood is a designer who has reveled and celebrated all things English for her entire career, this is still Westwood after all. Harris tweed, argyle, checks, and herringbone come in just slightly edgy colorways, and, as the statement above says, collide with other patterns and textures. It is all, as usual, delightfully off-kilter, a little bit dangerous, and so Westwood. I love the return of her classic squiggle pattern on trousers (those iridescent blue silk-y ones with the squiggle are delicious), and also the return of the three-tongued sneaker! All the historical sartorial tailoring touches are present, and the collection is a great mix of traditional and unexpected elements (both these things come together in her cheeky pattern of pound sterling notes!). 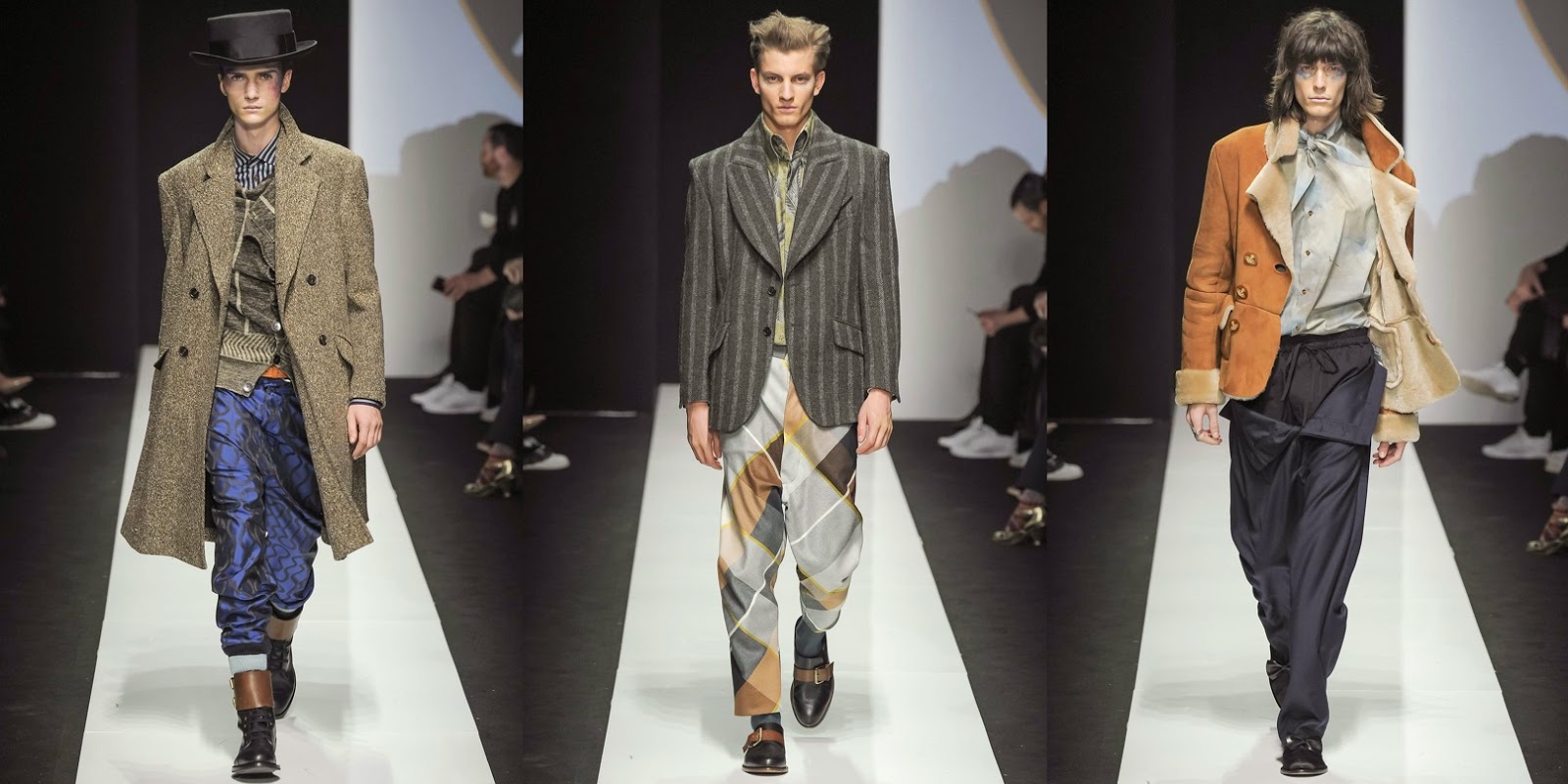 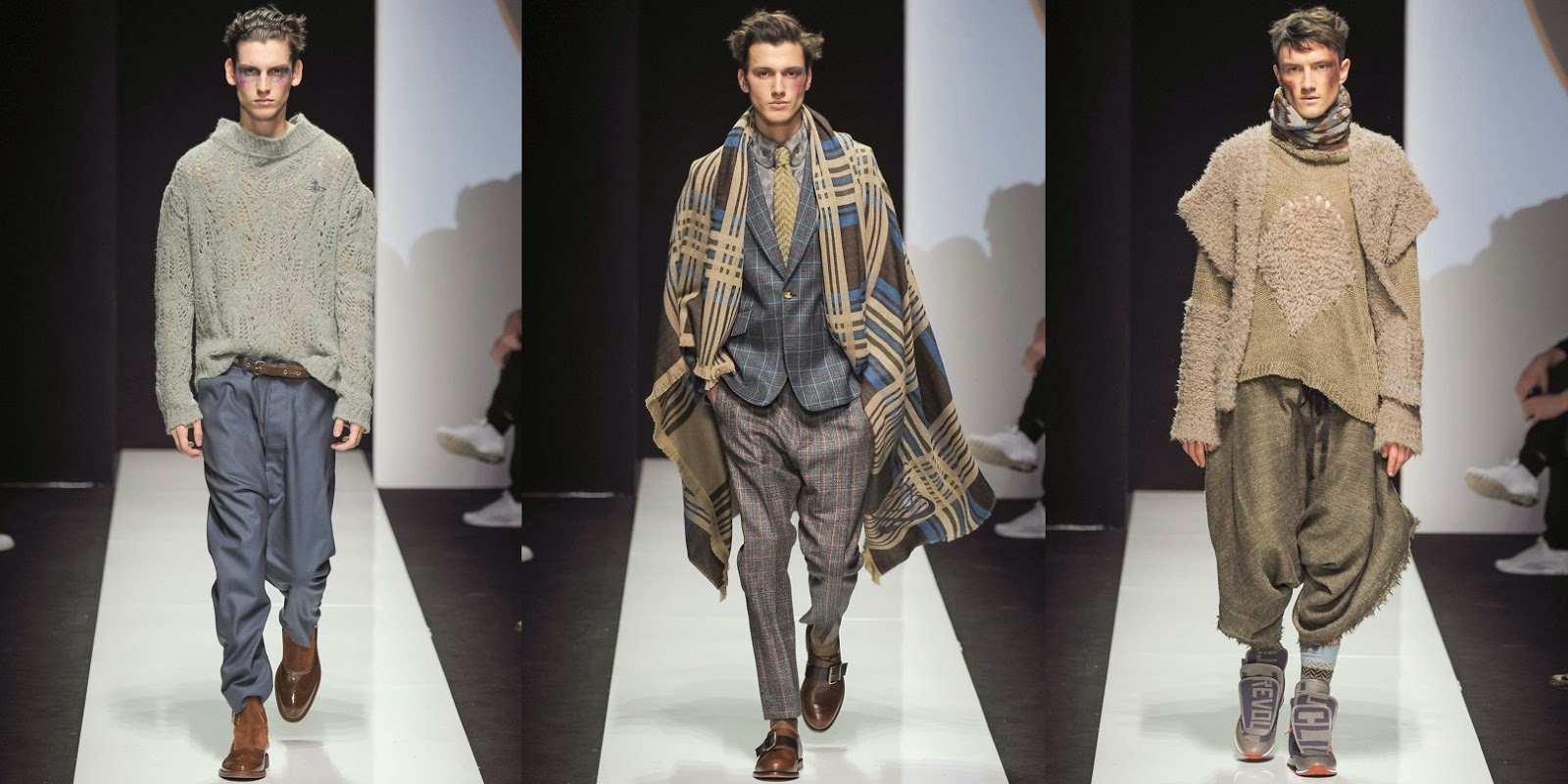 As usual, Dame Westwood came out for her bow with her husband, business partner, and men's wear designer, Andreas Kronthaler. She may be 73, but the woman can still rock platforms--just look at them. Awesome! 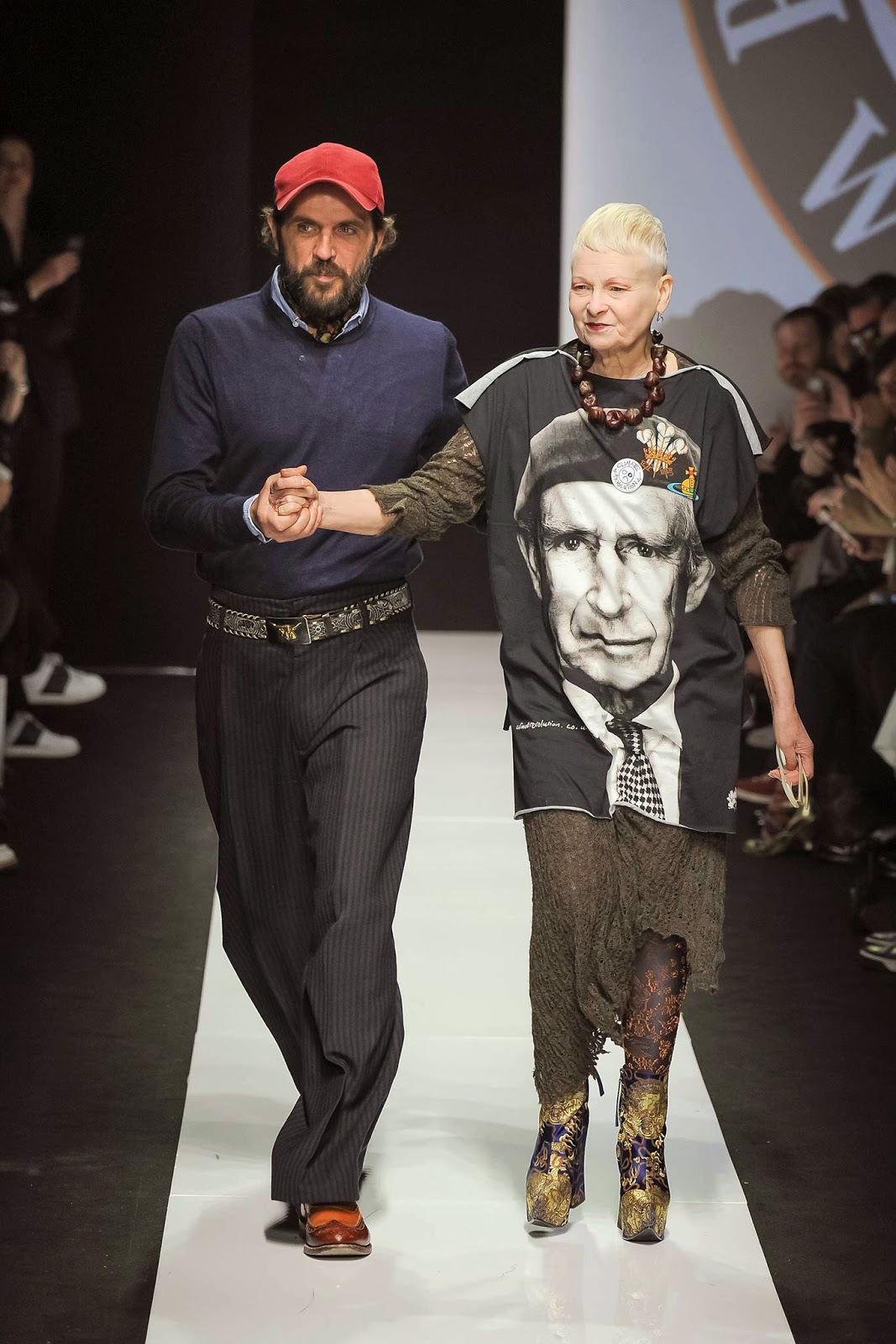 http://www.viviennewestwood.com/
Posted by Jeff at 11:30 PM