...a classic of world cinema, THE FANNY TRILOGY by Marcel Pagnol. 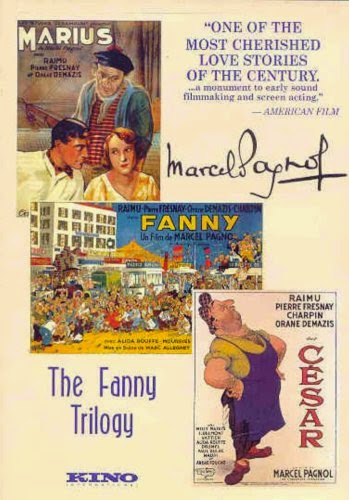 I always enjoy the holidays because it affords time off from my usually busy life to catch up on the ever-growing Netflix queue and to indulge in the avalanche of films and programs we have waiting for us on our DVR. And this season, I got to see a lot of interesting and special films.

For years I have been eating at the world famous restaurant Chez Panisse, ground zero for the food revolution, in Berkeley, California, and had not seen the films which feature the character who is the restaurant's namesake, Monsieur Panisse. And now I have.

Starting with the first installment, "Marius" made in 1931, we see love blossom between Marius, the young son of a barkeep, and Fanny, the young daughter of a fish monger in the picturesque city of Marseille on the French Riviera. But the union is not meant to be as Marius longs for a life on the sea. After a single night of passion (once is all it takes), Marius runs away on a ship headed out for a five-year journey without knowing his girlfriend was pregnant.

The second film made in 1932 is entitled "Fanny" and follows the birth of her child by Marius and her marriage to the sail maker Panisse, who knows and understands the love affair between Marius and Fanny, but loves her and more importantly, loves the child as his own.

And the third film, made in 1936 is "Cesar" named for Marius' father who has been a rock for Fanny throughout her life, and has been "god-father" to the boy who is in reality his grandson.

The story was based on Marcel Pagnol's 1926 stage play "Marius" and for the most part the trilogy feels, in a good way, like watching a play: the structure feels somehow very modern with a story cleverly spanning the length of three separate films. The films were made at an interesting time in acting and cinema history though: the performances walk the line between the kind of grand-gesturing, overacting that was the hallmark of silent and early sound films, with a more modern approach to portraying a character with more realism and subtlety. Pierre Fresnay as Marius walks that line and straddles the styles as does Orane Demazis as Fanny. Yet I feel for them, despite their often stylized approach to their roles. But for me, the one who stands out as not only an excellent and tireless comedian but also someone who was able to still himself and feel his character was the marvelous Raimu (the stage name of actor Jules Auguste Muraire) as Marius' hilariously excitable but sentimental father Cesar. Whenever he was on screen, I found myself totally engaged, either with laughter or with a feeling of heavy emotion. The three films taken together are actually a lovely arc for Raimu who did a splendid job. 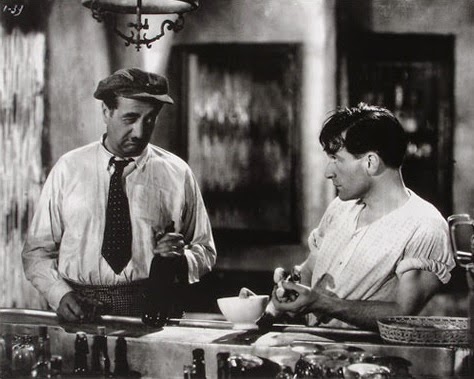 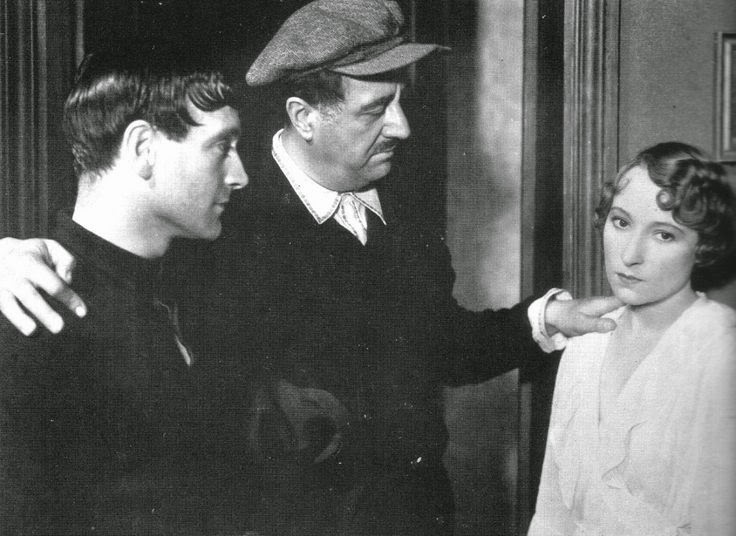 Recommend? If you are interested in cinema history or just like a classic love story, watch these films. The newest Kino version is restored with clear subtitles.
Posted by Jeff at 11:53 PM