Yes, dear readers of "Oh, By The Way," it's that time of the year again ("It's the most wonderful time of the year..."). Every June and January, we see the ready-to-wear and couture runway shows in London, Milan, and Paris. June features runway collections for the following Spring-Summer, and the fashion season is always kicked off by London Collections: Men, now firmly established as an important and influential Fashion Week.

And this year's London Collections: Men just wrapped yesterday with some very interesting and beautiful collections, some of which I have wrote about in posts below. But here are some little tidbits and miscellaneous items from some of the shows.

Craig Green made quite a name and reputation for himself when he was part of MAN, the fashion design incubator that takes fledgling designers under their wing for three seasons before launching them on their own. While with MAN, Green honed his deconstructed martial arts-Samurai outfits. For his own Spring Summer '16 collection, he showed his now-familiar silhouette with trailing ties but this time in appropriate spring and summer hues of orange, green, yellow... 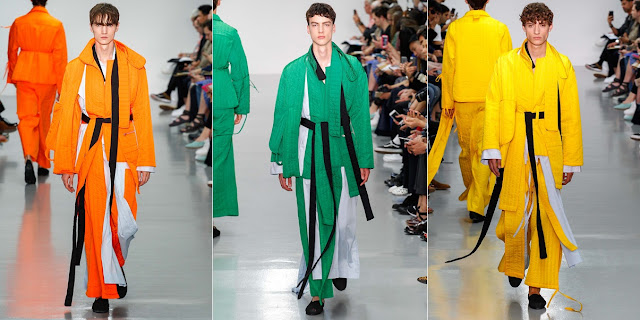 I have been saying this for a few seasons now. The pendulum always swings, and after so many seasons of skinny trousers, we are seeing the gradual inflation of the trouser silhouette. Christopher Shannon showed a voluminous pant...

...while Topman showed a leg cut to swing and sway when walking.

I quite liked Hardy Amies sheer suits, a bold and daring choice for such a venerable British fashion house, with a reputation for Savile Row tailoring and a purveyor to HRH Queen Elizabeth II in the 1950s. However, let's keep in mind that Amies did design all the futuristic space-age costumes for Kubrick's film "2001: A Space Odyssey." These sheer suits are sensual yet traditional and perfect for spring-summer! 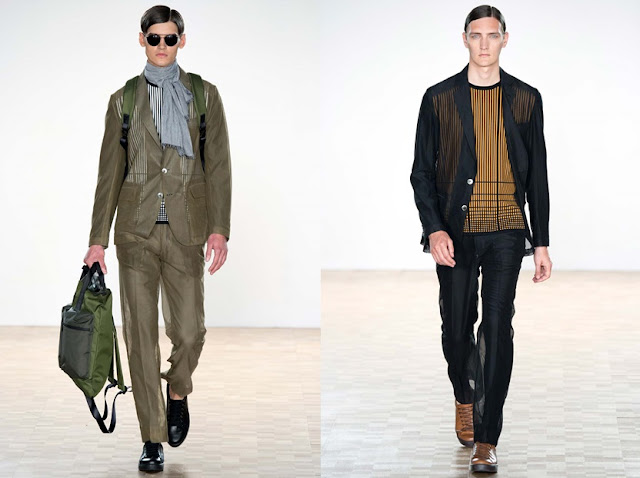 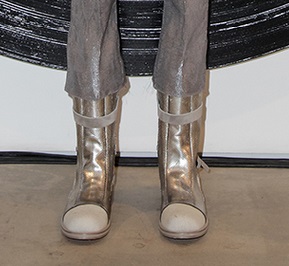 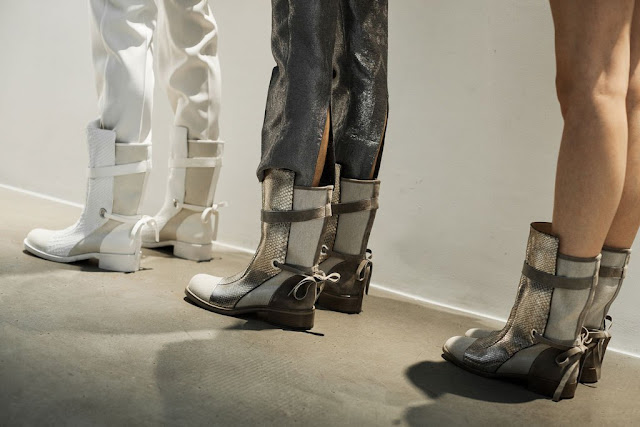 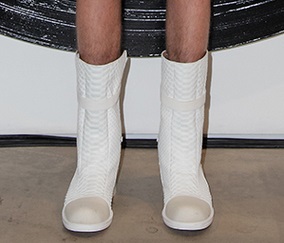 And finally, let's applaud Oliver Spencer not so much for a pleasant enough collection (that he swears is inspired by modern steel artist Richard Serra...?) but for his use of mature models! I always love to see ageism defeated in the fashion world! Mature is sexy! 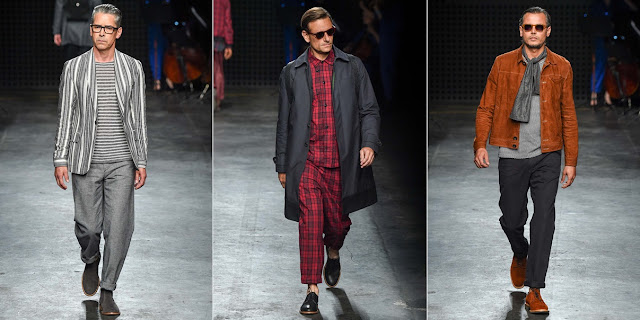