We've wrapped up Milano Moda Uomo for the coming Spring Summer '16 season and here are some miscellaneous elements that I found interesting...

We have been seeing trousers getting wider, looser, and freer over the last several seasons, and while the slim/skinny look is still seen, this looser trouser is going to be a more widely seen option. Emporio Armani showed some beautiful loose trousers... 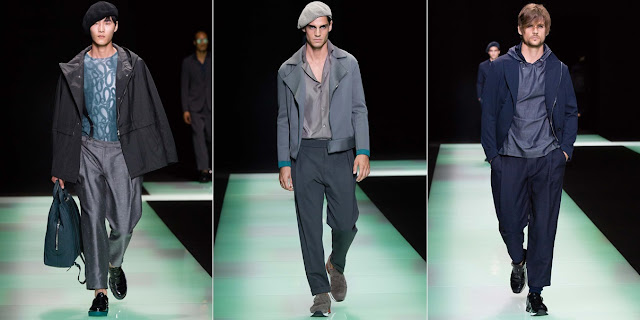 Speaking of trousers, we saw an odd waist detail at Calvin Klein Collection: a sort of sagging outer band...

My beloved Dame Vivienne Westwood's collection was light on actual clothing since much of it was micro-bathing suits. There were some nice pieces aside from that, but it was the shoes, as usual, that caught my eye.
A sandal version of her iconic Pirate Boot, a flowered sandal, and some lace-ups with the Westwood "squiggle" or "snake" pattern!

Neil Barrett showed some subtly curious shoes: a steel toed white nursing shoe (I kid), a black version of the same shoe with stud and spike-tops, and a sneaker with a trefoil design reminiscent of the symbol signifying a nuclear fallout shelter (shown with a matching track suit)! 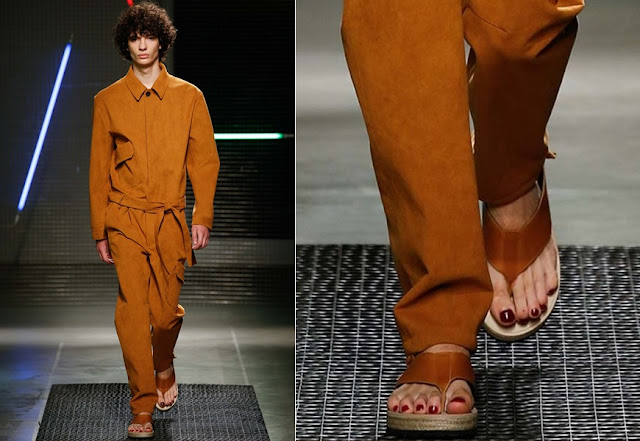 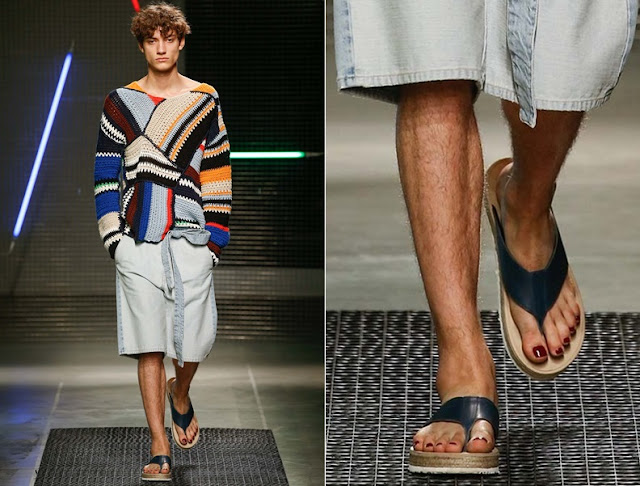 Dsquared2 revived an old idea Jean Paul Gaultier showed many, many years ago in a set of tights for the torso as well as legs that give the wearer the look of a full sleeve or full body tattoo! 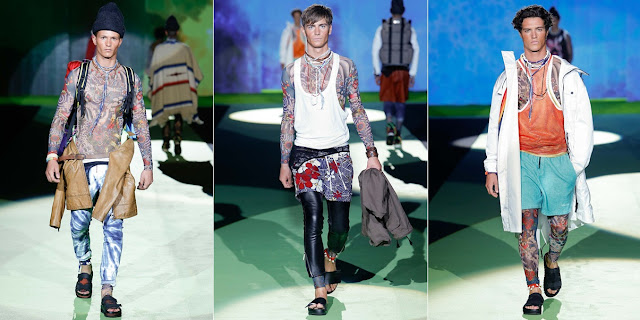 And fianlly, Antonio Marras showed a charming blue and white collection of nautical stripes, berets, and antique patterns that made me flash on Marcel Pagnol's classic Marseille film trilogy. I could see the docks of 1930s Marseille so clearly... 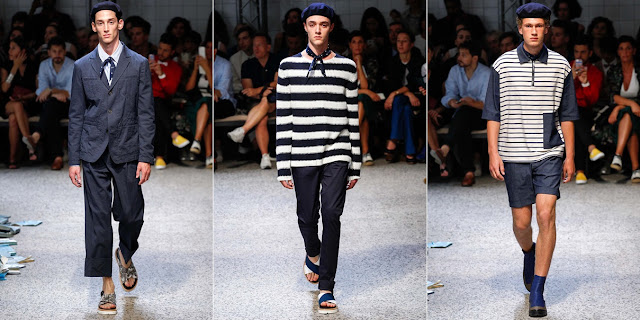