The phenomenal Dutch restaurant noma (previously here and here) has reopened after moving to a new location. In 2003, head chef and founder René Redzepi opened noma in a dockside location in central Copenhagen and the restaurant went on to earn two Michelin stars as well as the coveted number one position on the "50 Best Restaurants In The World" list not once or twice but a staggering FOUR times. And after nearly fifteen years in that dockside location, noma moved about a mile away to a new location earlier this year.

Original to this new site is a long concrete building that was a sea mine depot (Søminedepotet) built at the start of the 20th century. Today, the structure, along with the Fortifications of Copenhagen, is a protected national landmark and noma was allowed to add only where there had been original structures that were demolished. So Bjarke Ingels Group, the architects for noma, renovated the long concrete building and created a collection of additional buildings based on the Nordic sæter, a farm or plot of land with a cluster of individual buildings with individual functions.

A total of 11 spaces are densely clustered around the kitchen in the old Søminedepotet, which oversees the guest areas, including the main and private dining rooms. These buildings are connected by glass walls which let in natural light, connecting diners to nature and the seasons, something integral to the dining experience at noma and Chef Redzepi's philosophy. And the beautiful, typically understated Nordic interiors were designed by Studio David Thulstrup.

Along with the new location, Chef Redzepi has adopted a thrilling seasonal menu. However, this is no ordinary seasonal menu. Instead of the traditional four seasons we usually identify, he and his team have identified THREE distinct Nordic seasons, which still supports the regional food idea...only more refined. Redzepi elaborates that the first season is Winter in January, February, March, and April when the ground is frozen. The kitchen will turn to the ocean to present a condensed menu of sea proteins supported by a generous winter larder and whatever hardy plants survive the frost.

Spring rolls in around May through a bit of September (with admitted micro-seasons) and the restaurant will feature a vegetarian menu, showcasing the glorious bounty of the earth. The menu will expand and although each course will be smaller, there will be much more of them.

And finally, Redzepi considers Autumn to span September through December and the source of food will be the Scandinavian forest with its riches of mushrooms, berries, nuts, and wild game. Again, the menu will condense and feature fewer but richer flavors.

What I find most exciting though, and this is the designer in me talking, is that Redzepi has said not only will the food change with each season, but the cutlery, plateware, and table settings will reflect the mood and sense of each season as well! What a gorgeous idea...one that I practice in my own life and design. 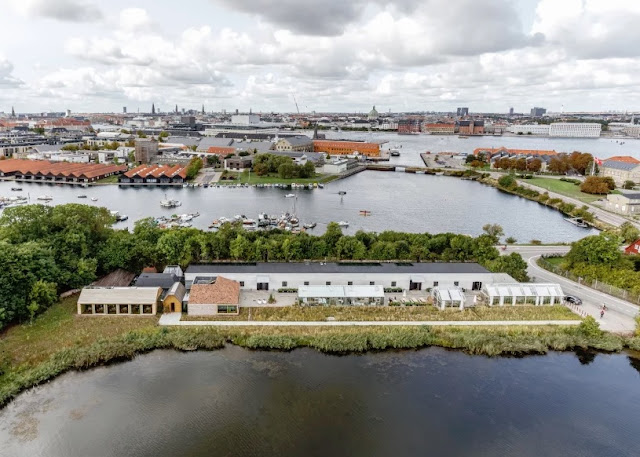 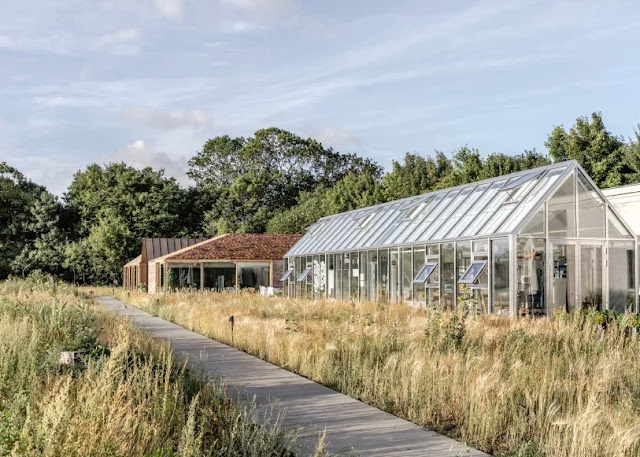 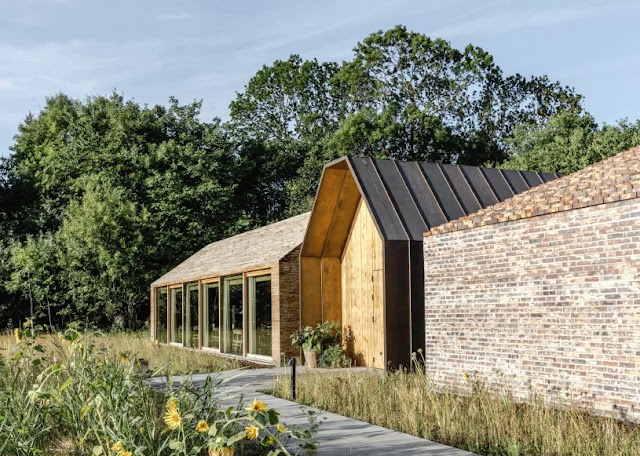 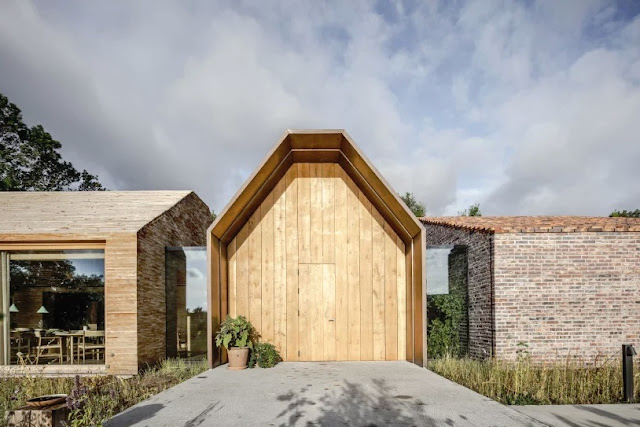 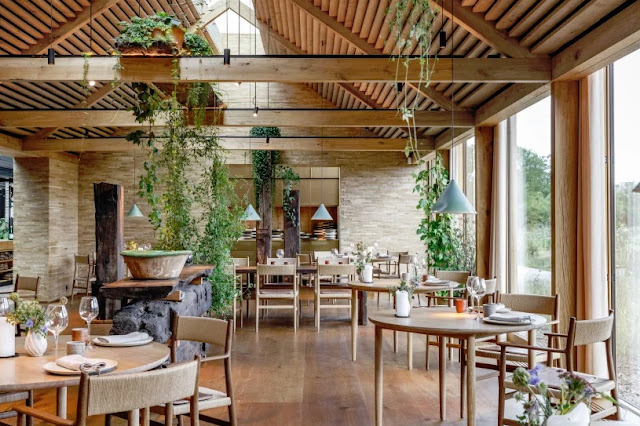 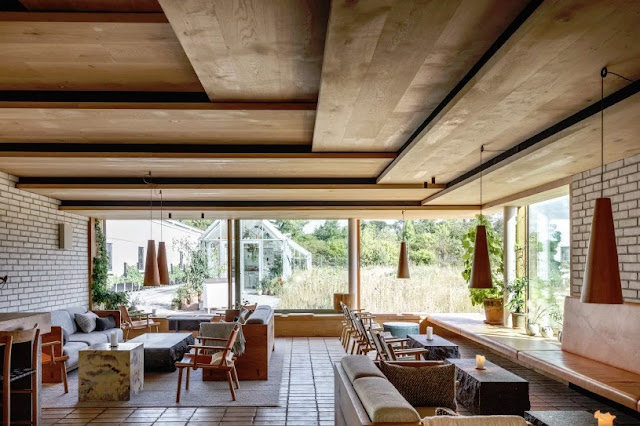 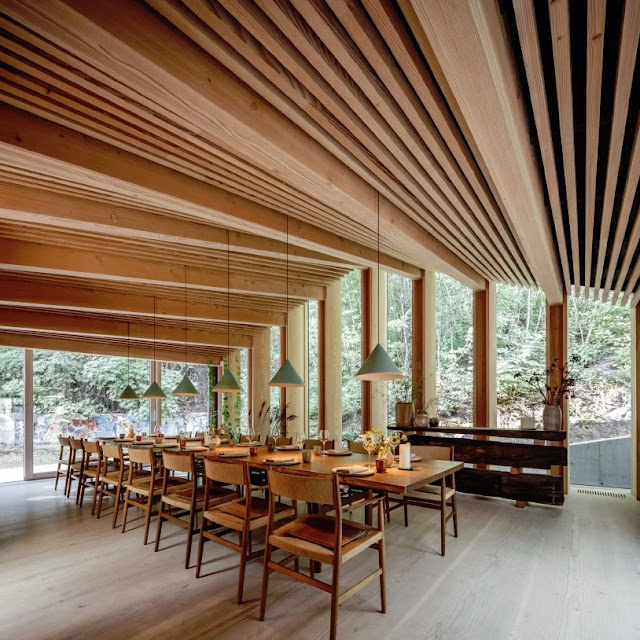 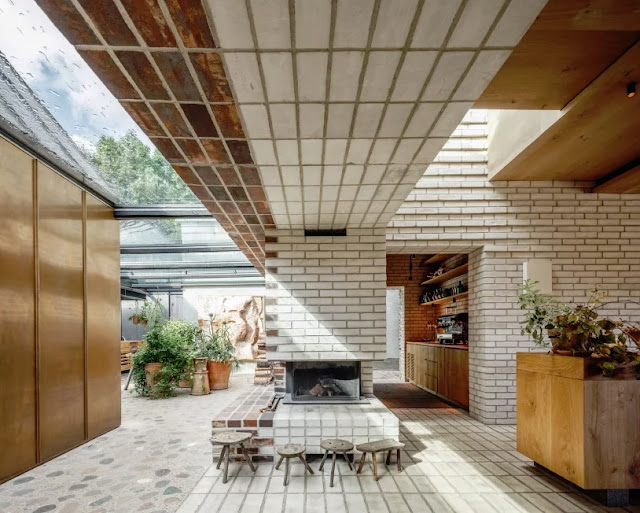 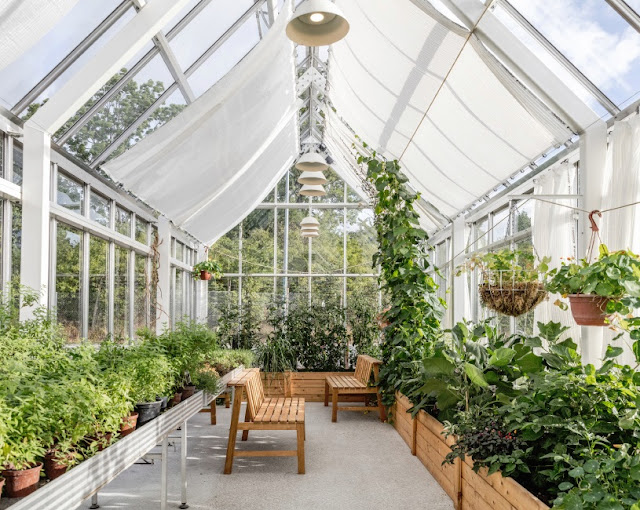 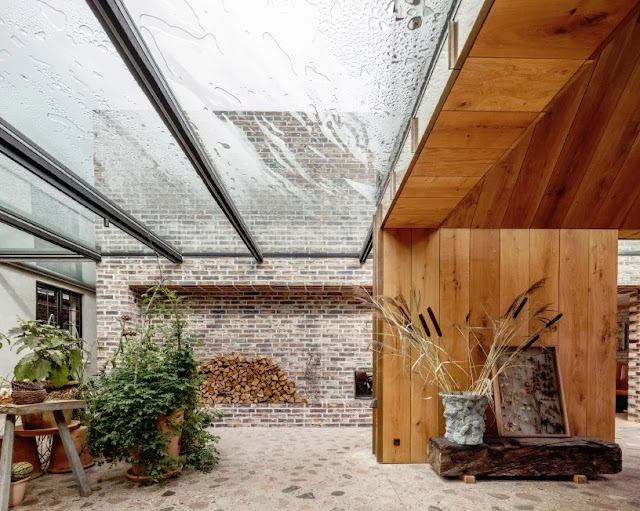 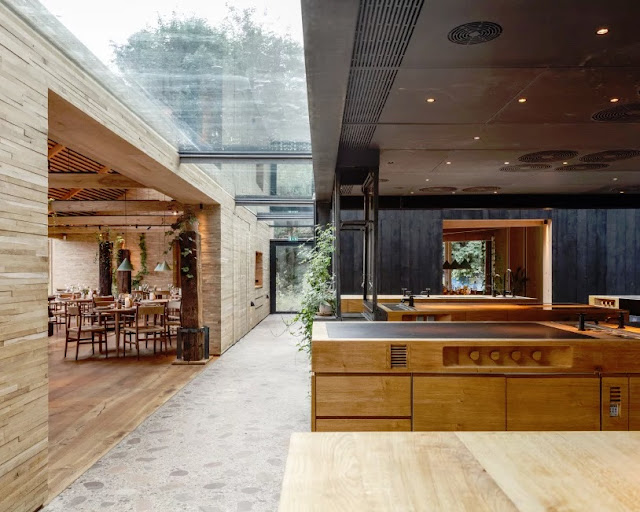 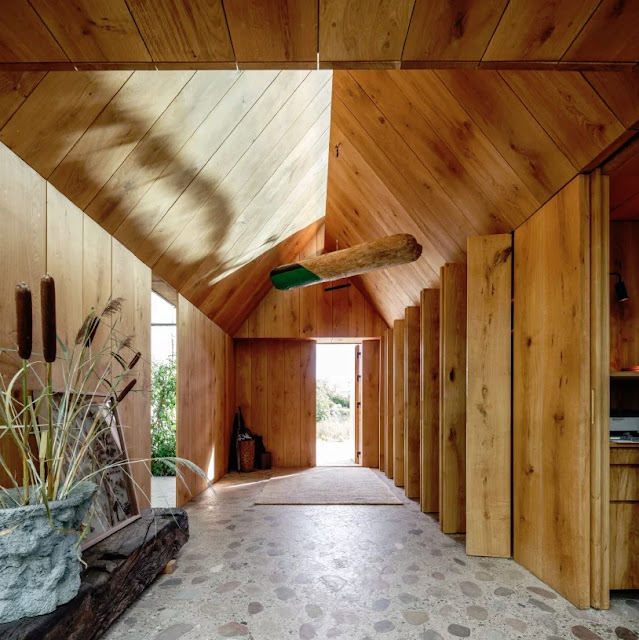 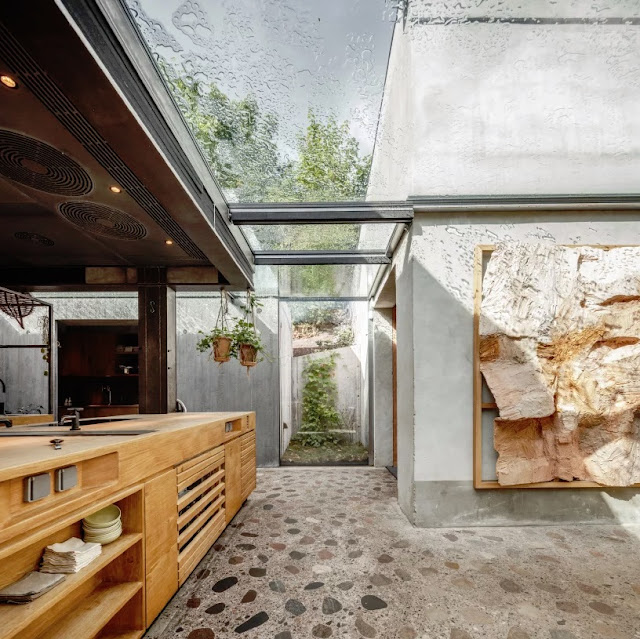 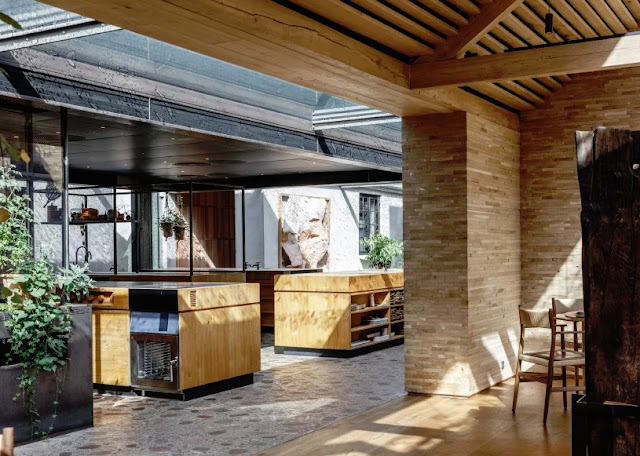 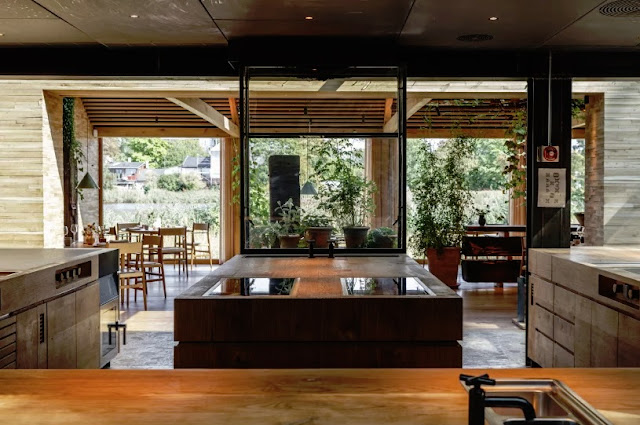 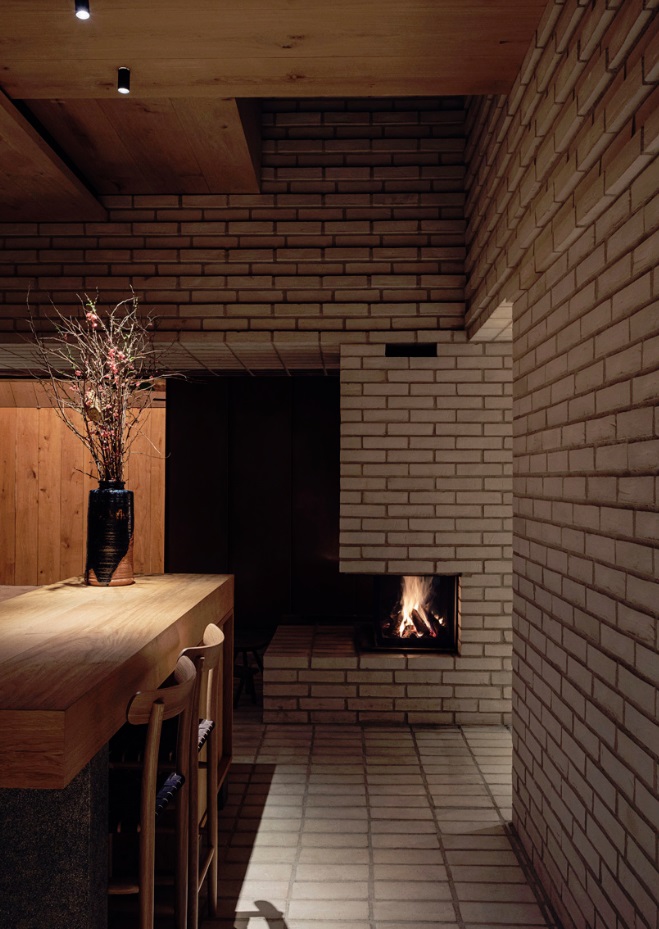 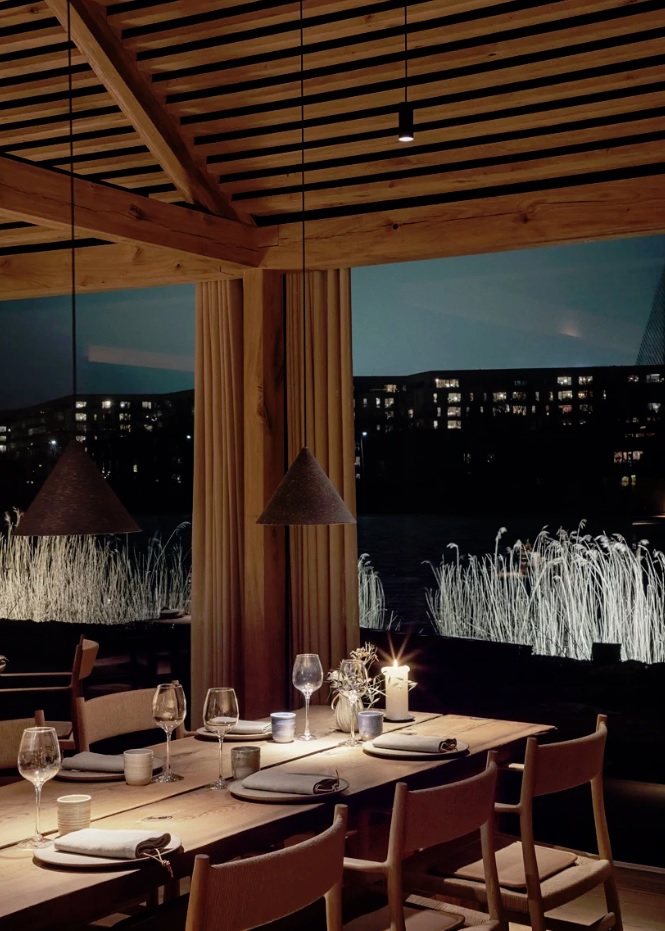