Thom Browne is a designer I have watched from afar but now I think I need to pay much closer attention. His last few runway shows have been thematic and theatrical spectacles—just how I like them. And his Fall-Winter collection for ’11-’12, shown at Paris Fashion Week, was a spectacle indeed. Not a traditional runway show at all, the models were seated at a fifty foot long gilded dining table in the grand ballroom of the Westin Hotel on Place Vendome in Paris. After waiters in grey jackets and mohair aprons brought out platters of turkeys, the show began. Sections of seated models then got up to take a turn, slowly, around the table, parading their coats and trains. With silhouettes and pieces of clothing reminiscent of France in the 1700s (cream colored cable knit caps turn into facsimiles for the classic white powdered wig!)as well as the 1800s, crossed with a certain modern sense of Edwardian England, the clothing was a dizzying mix of eras and cultures.

Long Ngyung, co-founder and style director of FLAUNT writes of Thom Browne for Fashionista.com:
"Since he started making suits in 2001, Mr. Browne has pushed the boundary of men’s fashion first by altering the basic proportion of structure and fit–his extra small-looking suits–then by toying with the nature of defined gender garments, often mixing the elements considered basic to womenswear–like ball-gowns and tulle–into his clothes. In a sense, his shows make us realize how limited we are in our thinking about fashion. Even if he hasn’t liberated men from these limitations, he has managed an on-going discourse." 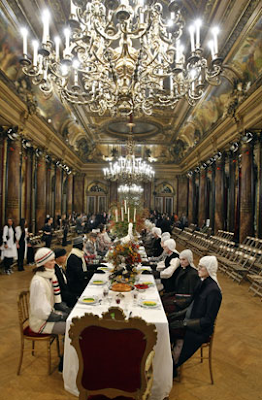 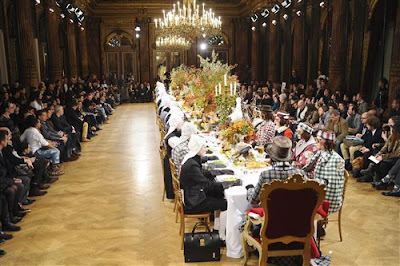 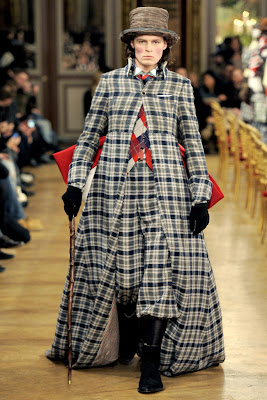 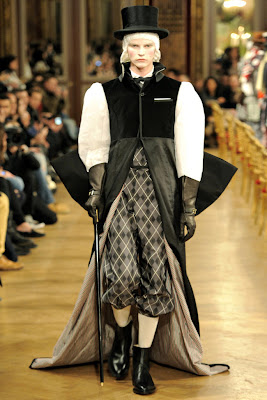 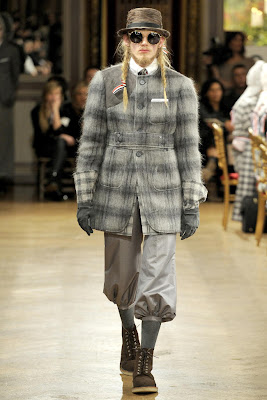 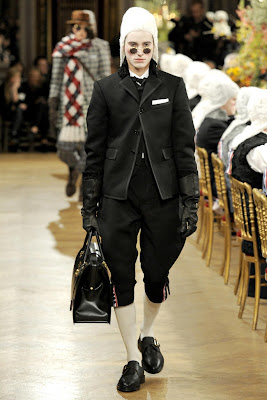 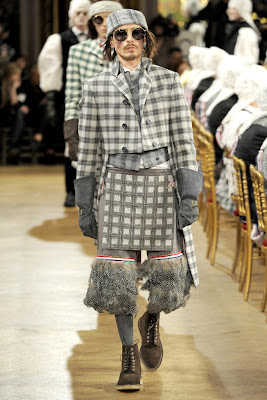 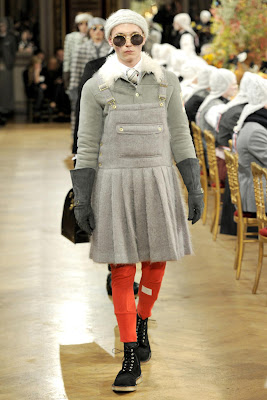 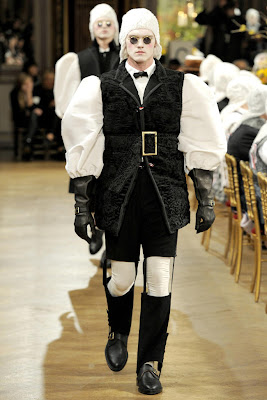 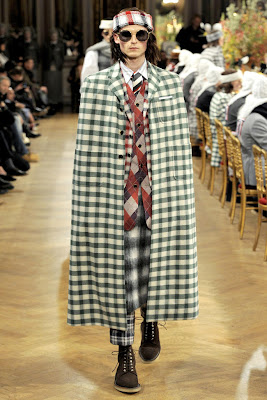 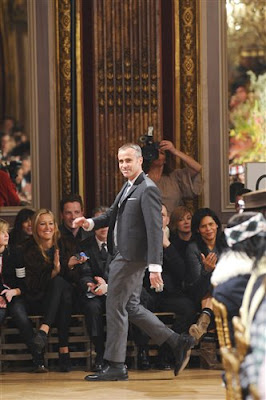