Born in Romania on February 19, 1876, sculptor Constantin Brâncuşi is inarguably one of the fathers of modernism. His works challenged and changed perceptions of sculpture and art in the early part of the twentieth century. He left Romania as a young man for Paris and was a student of Rodin in 1903 but soon left saying, “Nothing can grow under big trees.” Thankfully he did, because the world might have had a second rate Rodin-copyist instead of a forward thinking genius who sculpted the essence of things instead of their reality. His impressive circle of friends in Paris included writers and fellow visual artists Ezra Pound, Guillaume Apollinaire, Pablo Picasso, Man Ray, Marcel Duchamp, Henri Rousseau, and Fernand Léger.

He died in 1957 in Paris, donating his studio and its contents—215 sculptures and 1200 photos—to the Musée National d'Art Moderne in Paris. Contemporary architect Renzo Piano has recreated Brancusi's atelier, down to the last detail, near the Pompidou Centre in Paris and it is open to the public. 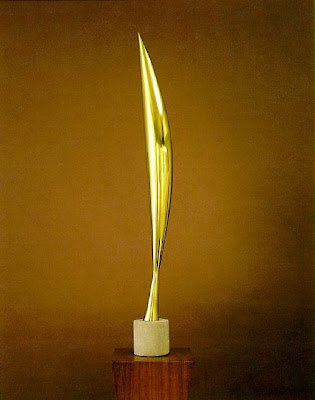 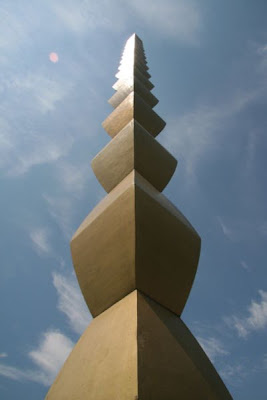 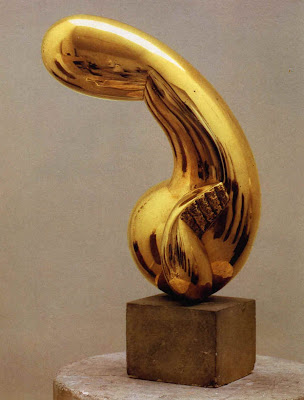 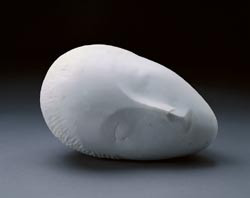 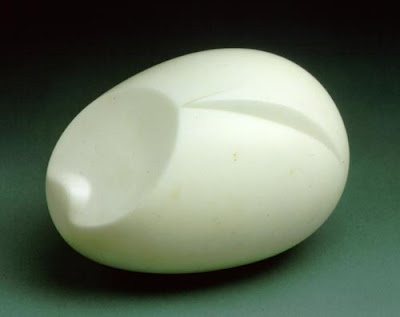 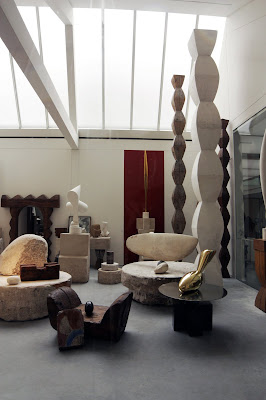 Top to bottom: Bird In Space; Infinite Column; Princess X; Sleeping Muse; The Newborn; a view of Brancusi works in Atelier Brancusi, in Paris
Posted by Jeff at 9:16 PM