...the final episode of the first season of the lovely "Downton Abbey." 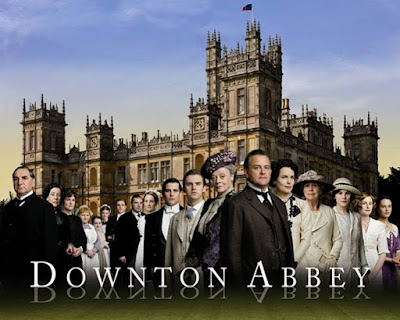 A period series that takes place during enormous cultural and societal shifts in England--the story starts in 1912 with the sinking of the Titanic and the last episode ends in 1914 on the eve of World War I--"Downton Abbey" is by turns funny, sweet and moving. We follow the Crawley family and their servants through the ups and downs of both daily life and huge life-changing events.
Filmed at the real-life Highclere Castle, "Downton Abbey" is the most expensive British television series ever made, with filming costs estimated at £1 million per hour! But the result is pristine, supremely entertaining, and worth it; "Downton Abbey" is the most popular British period series since the original "Brideshead Revisited."

Season One is now available on DVD and Blu-Ray. Season Two is scheduled to begin filming in March of this year with new episodes to start airing in the fall.