Designer Mathieu Lehanneur's imagination and vision are amazing. He has created objects, furniture, installations, products, stores, but it was this light that first caught my attention. Entitled "Les Cordes," the idea of a chandelier or ceiling light is stripped down into something entirely minimalistic, functional, futuristic, but breathtakingly lovely. The organic-looking cords of LED lights seem to drip from and return to the ceiling plane on their own. And I just love the contrast between this spartan, futuristic sensibility and the Beaux-Arts style of the building, Château Borely, in Marseille. Stunning work. 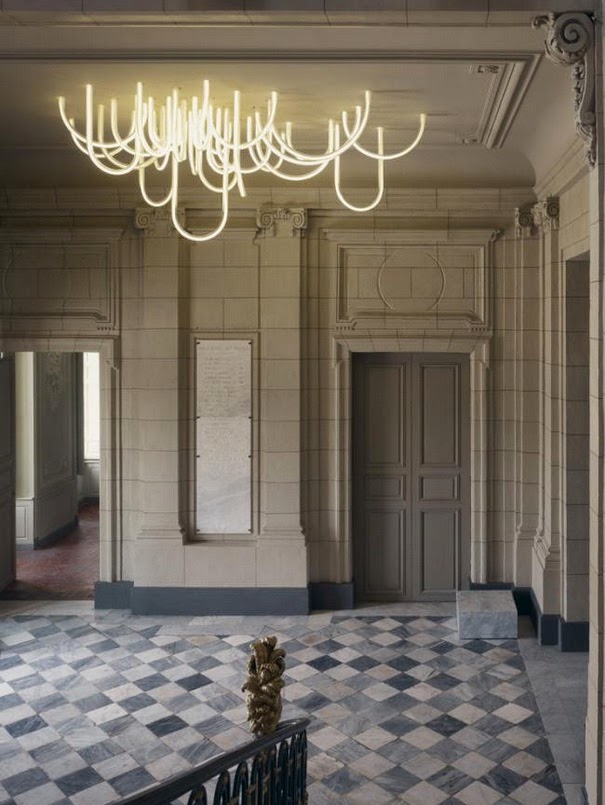 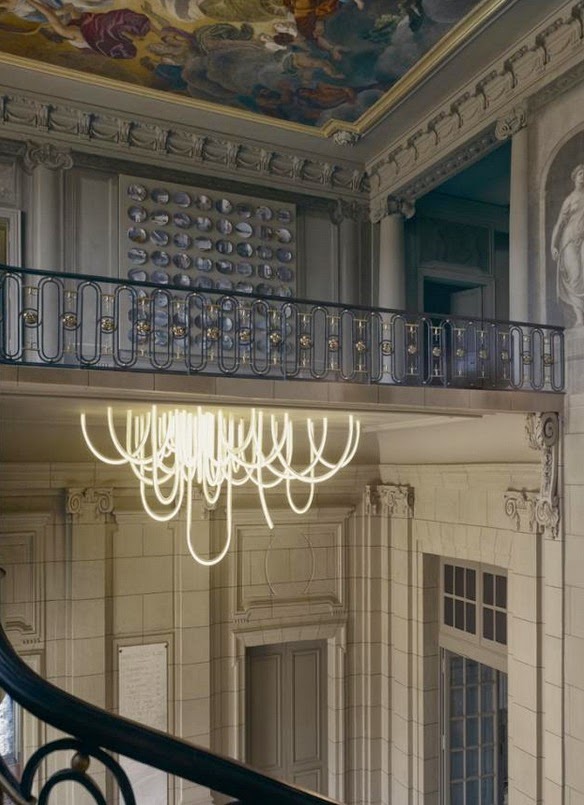 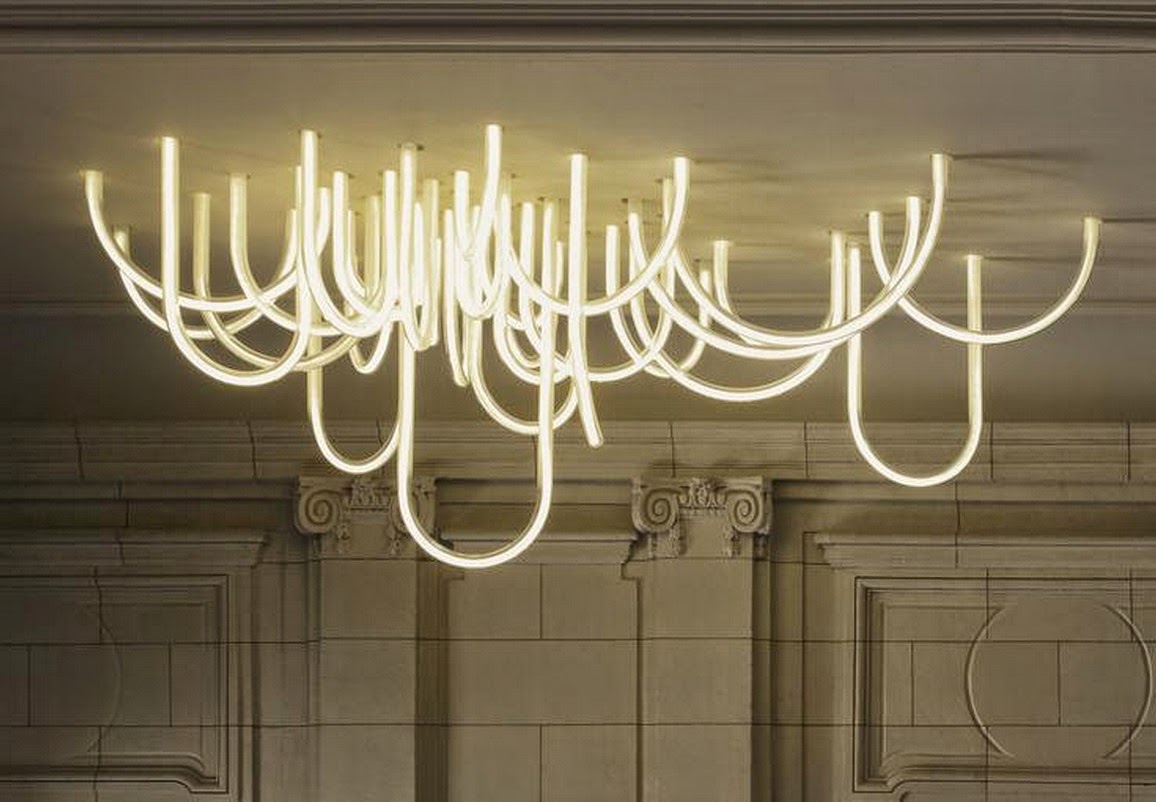 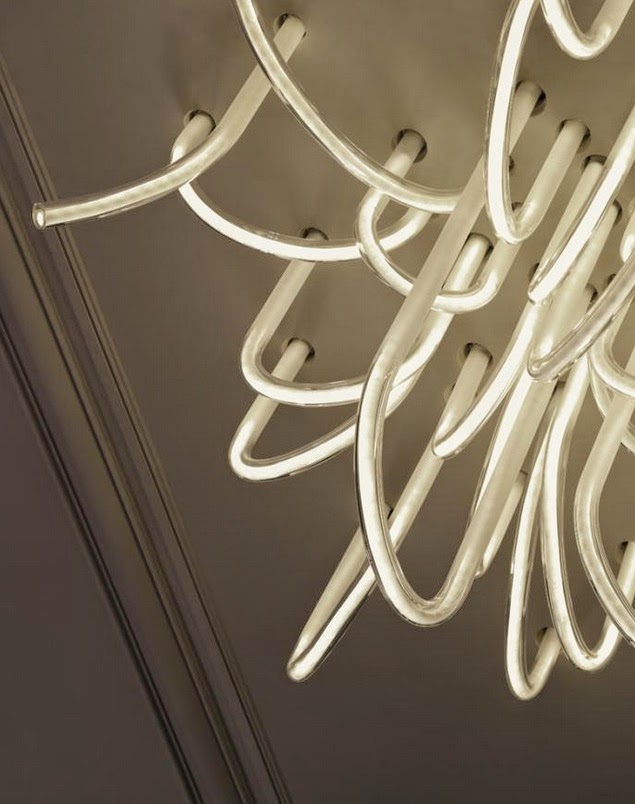 For Milan Design Week 2013, Lehanneur, in collaboration with Turkish Stones, created a piece called "Liquid Marble," a small shed of a space made of marble with an interior churning "pool" also made from marble. Of the disorienting piece, Lehanneur says, "I hope that, when entering this room, the visitor will experience something that comes closes to what happened to the many characters who opened a magic portal to a forbidden place in so many fairytales. Everything is liquid in this space, evanescent, and yet it is executed in a material that is the most solid imaginable." 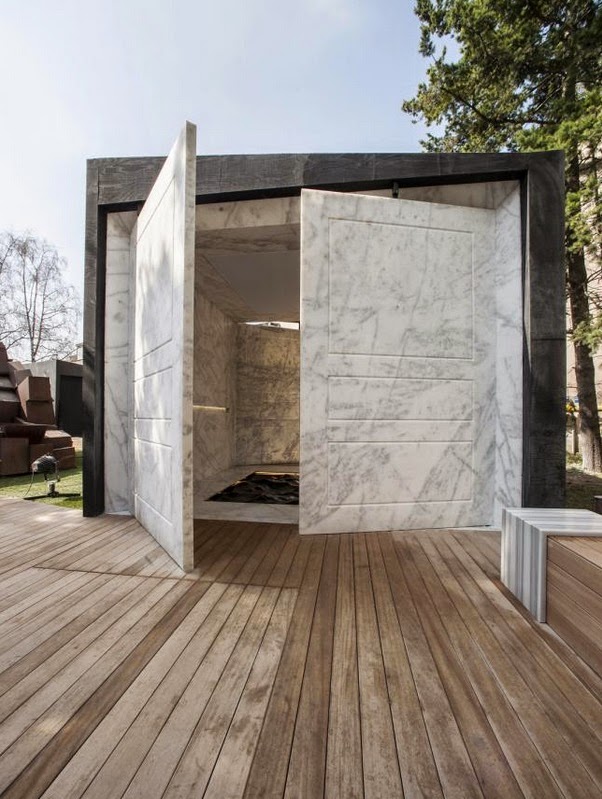 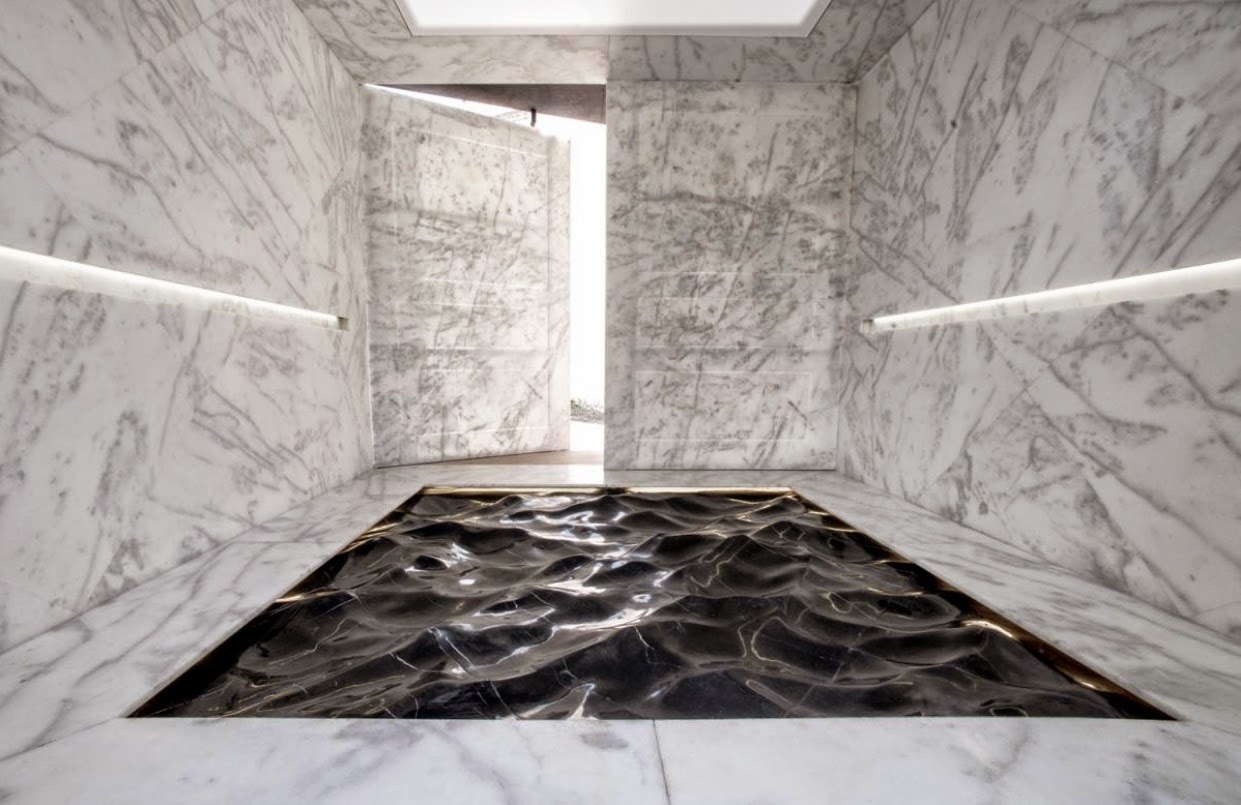 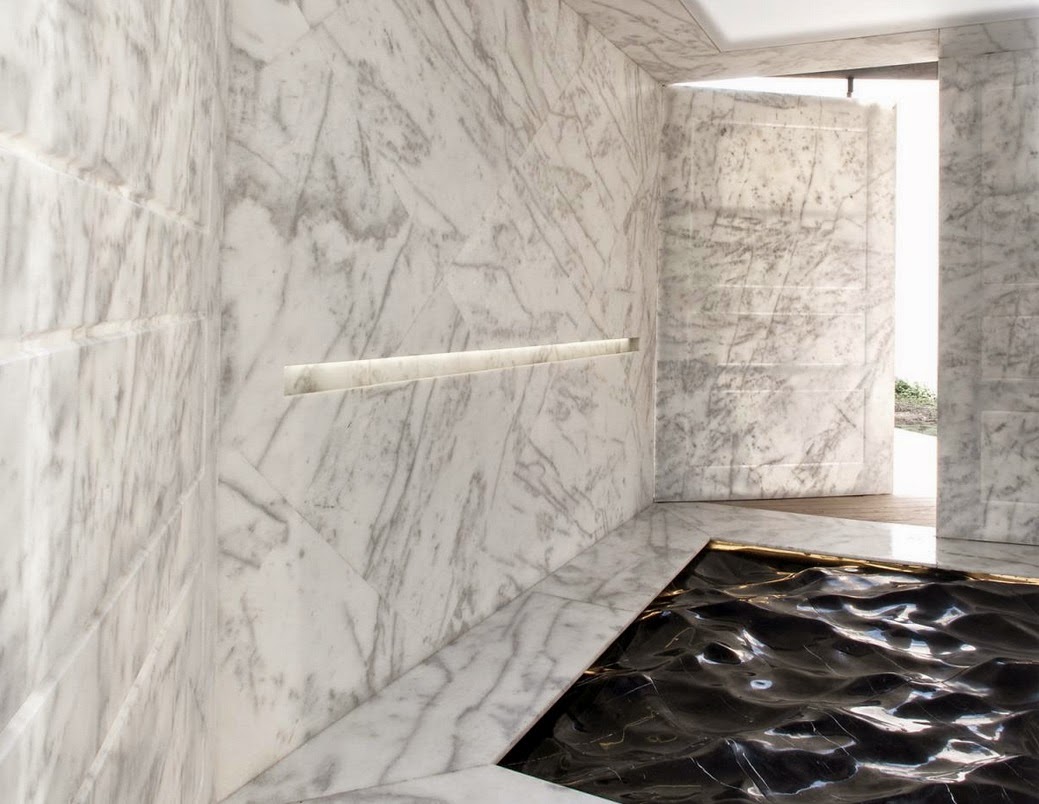 And perhaps the most spectacular piece in Lehanneur's portfoilio is the Choir at the Romanesque St. Hilaire Church in Melle, Deux-Sèvres, France. He layered slices of white marble to resemble isobars, put the baptistry in one of the depressions, and used natural onyx for the altar and ambo. Again, the contrast of the ancient architecture with this sleek, modern addition brings a beautiful tension and makes the space vital and current. 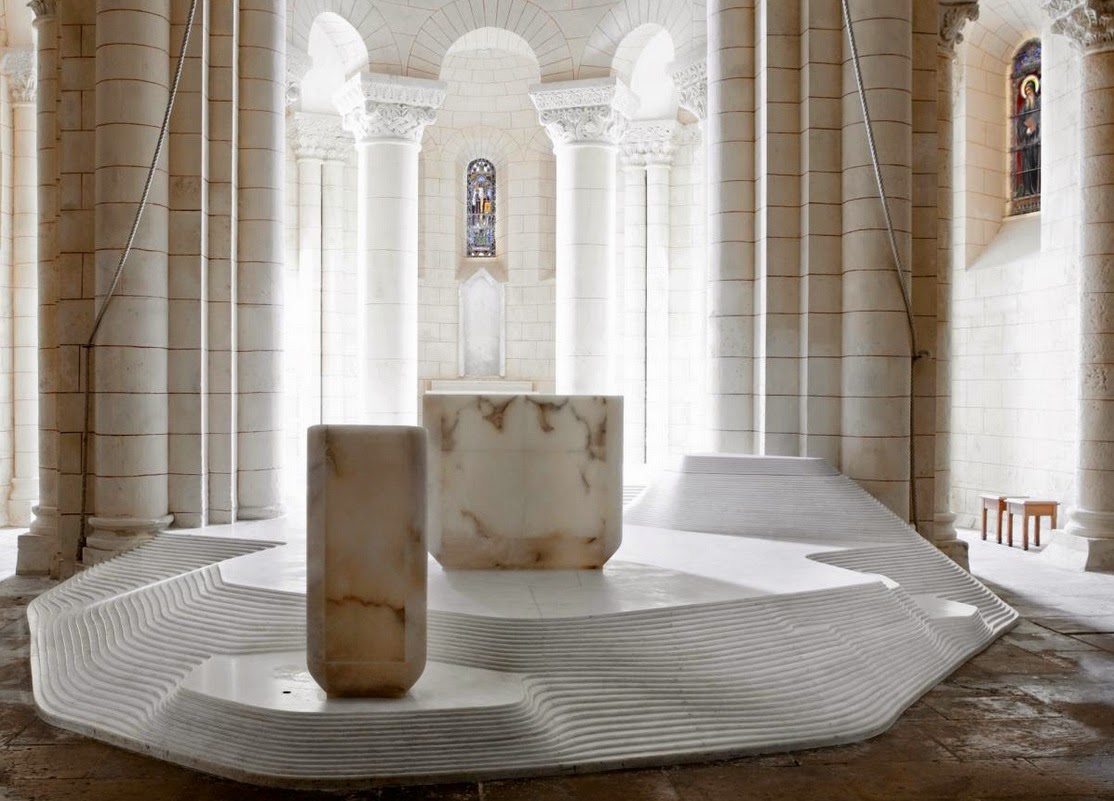 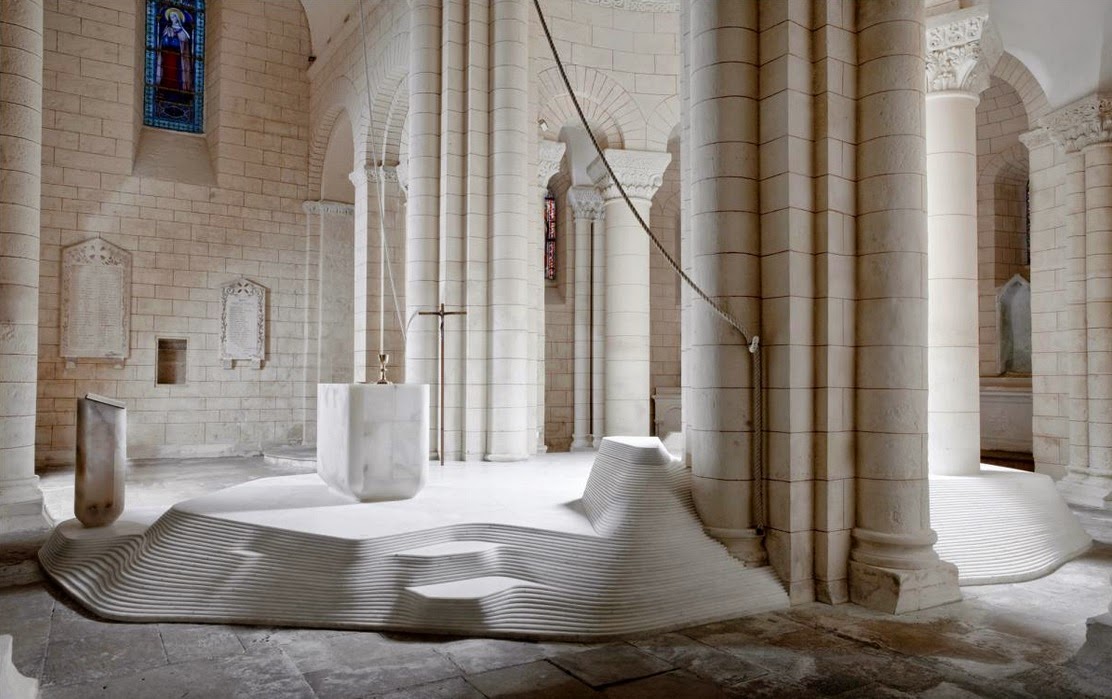 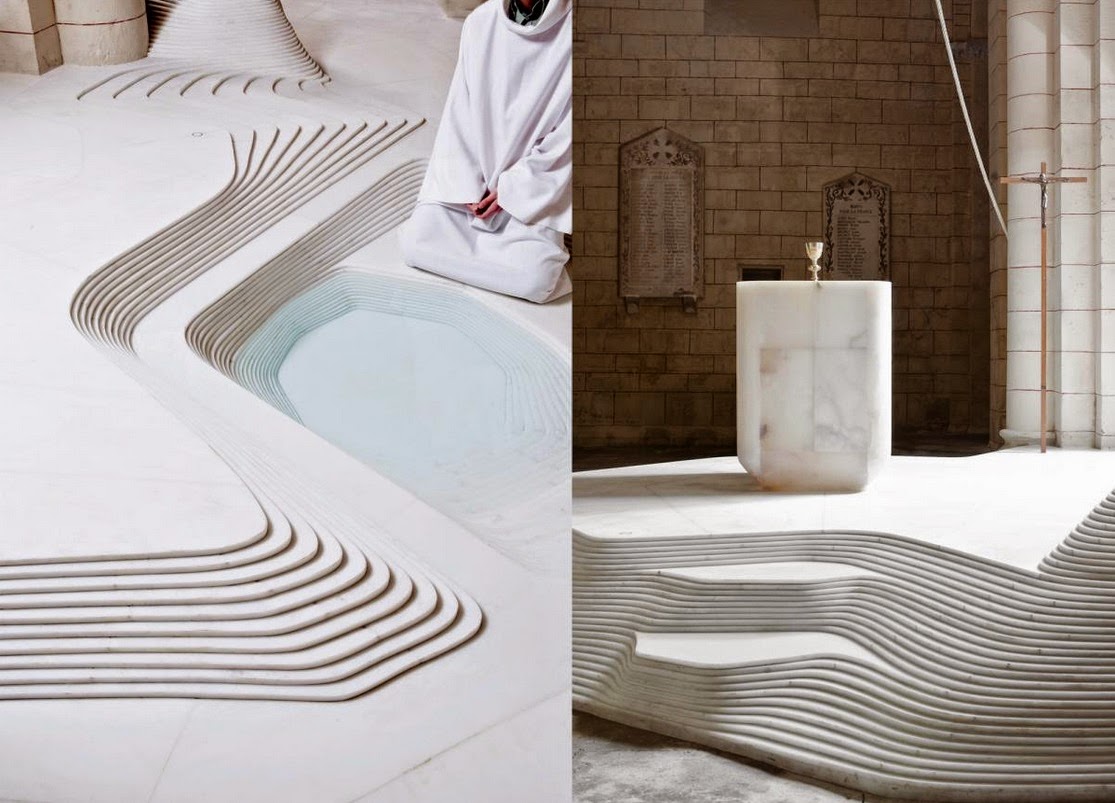 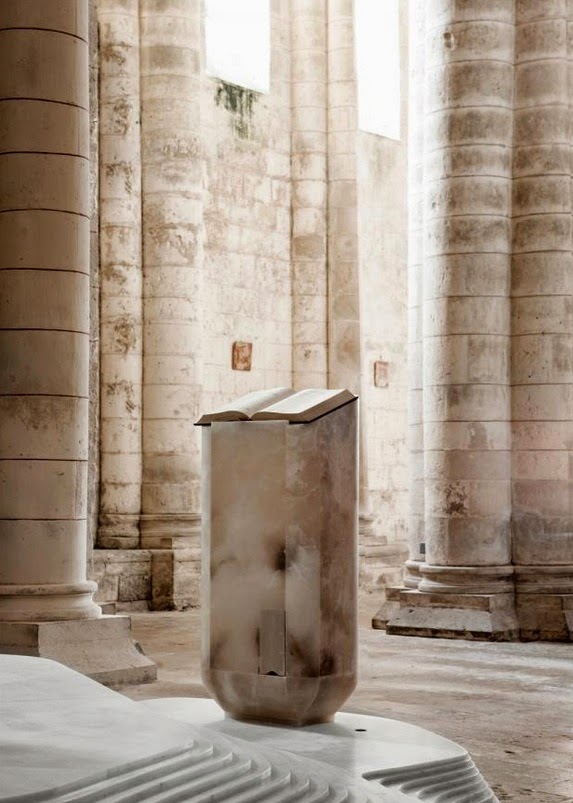 http://www.mathieulehanneur.fr/
Posted by Jeff at 8:00 AM