Here is the interactive drawing piece ADA by Karina Smigla-Bobinski.

From a statement on the artist's website, written by Arnd Wesemann (and roughly translated into English):
"Filled up with helium, floating freely in room, atransparent [sic], membrane-like globe, spiked with charcoals that leave marks on the walls, ceilings and floors. Marks which «ADA» produces quite autonomously, athough [sic] moved by a visitor. The globe obtains aura of liveliness and its black coal traces, the appearance of being a drawing . The globe put in action, fabricate a composition of lines and points, which remains incalculable in their intensity, expression, form however hard the visitor tries to control «ADA», to drive her, to domesticate her. Whatever he tries out, he would notice very soon, that «ADA» is an independent performer, studding the originaly [sic] white walls with drawings and signs. More and more complicated fabric structure arise. It is a movement exprienced visually, which like a computer make an unforeseeable output after entering a command. Not in vain « ADA» reminds of Ada Lovelace, who in 19th century together with Charles Babbage developed the very first prototype of a computer. Babbage provided the preliminary computing machine, Lovelace the first software. A symbiosis of mathematics with the romantic legacy of her father Lord Byron emmerged there. Ada Lovelace intended to create a machine that would be able to create works of art, such as poetry, music, or pictures, like an artist does." 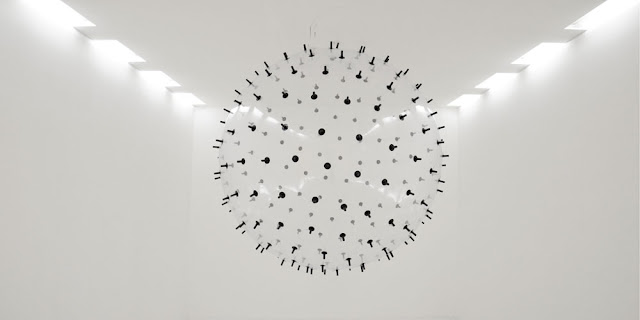 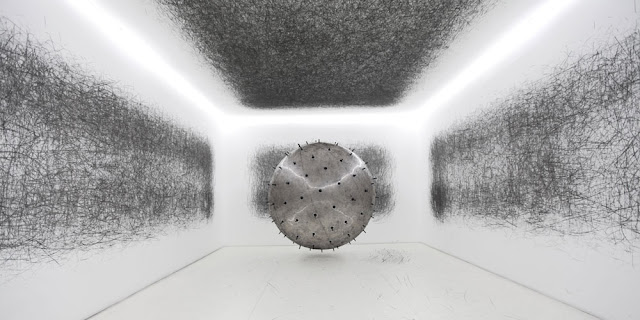 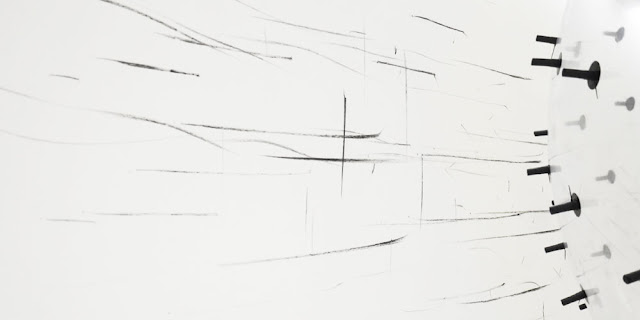 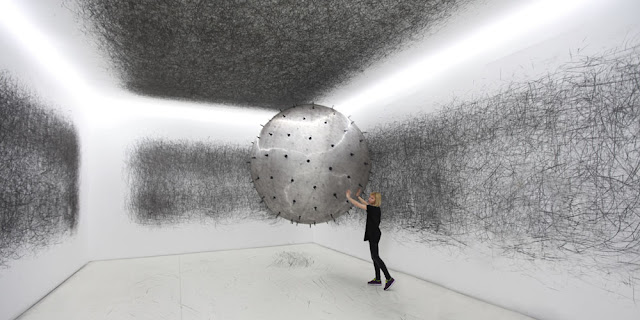 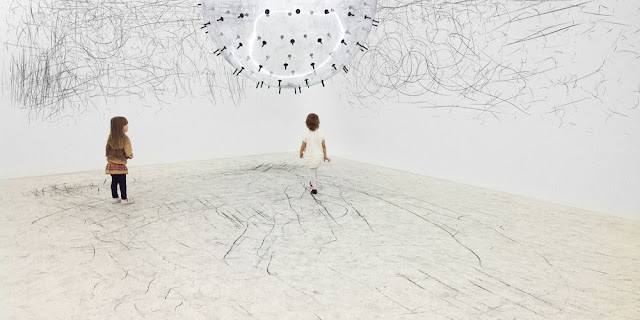 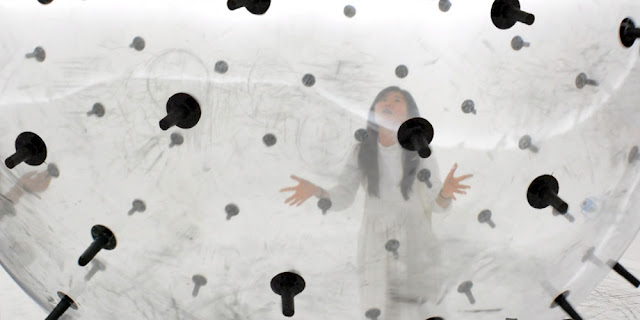 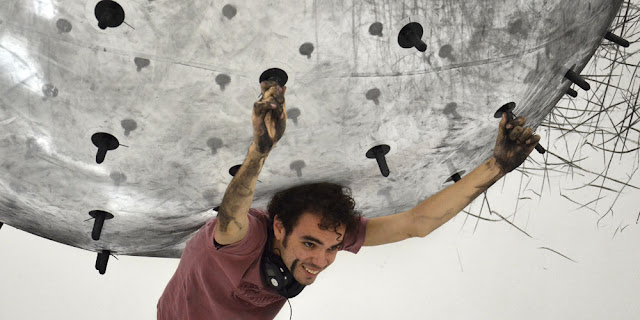 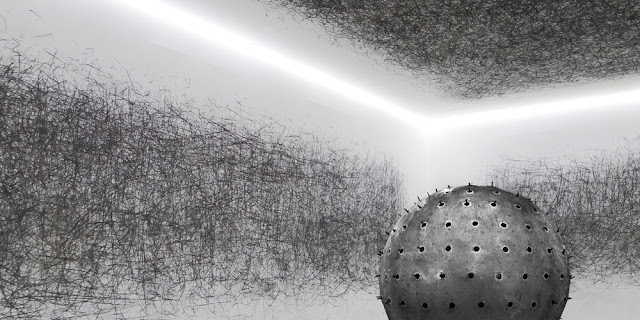 http://www.smigla-bobinski.com/index.html
Posted by Jeff at 7:00 AM