Jam City (the nom de musique of London DJ/producer and musician Jack Latham) has released a new record, "Dream A Garden," and its sound is quite different from what Latham has created in the past. I am liking the mash-up of styles in this track, "Proud." It's a bit ambient, a bit electronic, and a bit 80s funk (slow jam Prince?). The repetitive groove is lulling, soothing...

His manifesto for the new collection is quite inspiring. Latham  believes in a neoliberal perspective. He told Crack Magazine, “As part of an underground culture, even if it is global now, it’s important to realise the power in not being immediately monetised or having capital expectations of ourselves. We can honestly take things wherever we want. We have this huge opportunity to talk about these things, to open up conversations. I really want to contribute to that, to start a dialogue.”

“It comes from learning to love yourself, to love others, reclaiming your ability to dream. I don’t know how we can change this world systematically, but I do know that it’s possible. The first step is resisting, saying no to a lot of the awful ideologies of this world, selfishness, greed, money, to reclaim the dream. The society we live in tries to buy our bodies and sell them back to us in a strange form. It conspires to estrange us from our own bodies, our sexualities, our own capacities to love and genuinely respect one another. It’s important to begin a process of saying no to this. While I don’t have the direct solution to dismantle the apparatus, it’s a starting point to realise that as a world we’re allowed to dream, we’re allowed to create a space that hasn’t been colonised, been alienated from us yet. A dream is the first step, allowing love into your life in whatever capacity, and trying to live according to those principles in a way.” 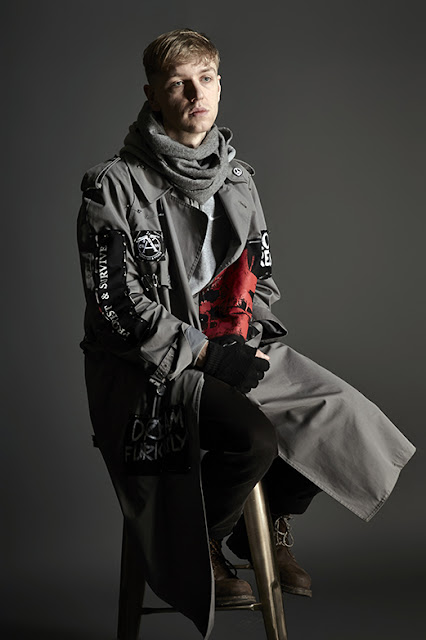