AS OF TODAY, FREEDOM IS IN PERIL 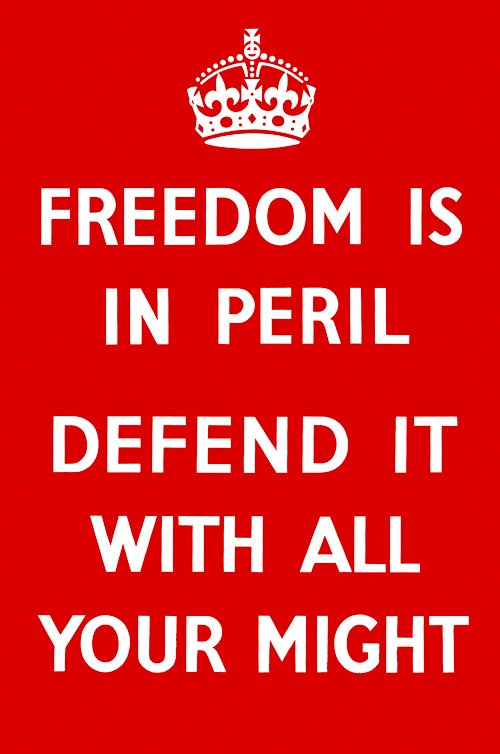 "The President is merely the most important among a large number of public servants. He should be supported or opposed exactly to the degree which is warranted by his good conduct or bad conduct, his efficiency or inefficiency in rendering loyal, able, and disinterested service to the Nation as a whole. Therefore it is absolutely necessary that there should be full liberty to tell the truth about his acts, and this means that it is exactly necessary to blame him when he does wrong as to praise him when he does right. Any other attitude in an American citizen is both base and servile. To announce that there must be no criticism of the President, or that we are to stand by the President, right or wrong, is not only unpatriotic and servile, but is morally treasonable to the American public. Nothing but the truth should be spoken about him or any one else. But it is even more important to tell the truth, pleasant or unpleasant, about him than about any one else."
--Theodore Roosevelt in an editorial written for the Kansas City Star, May 7, 1918 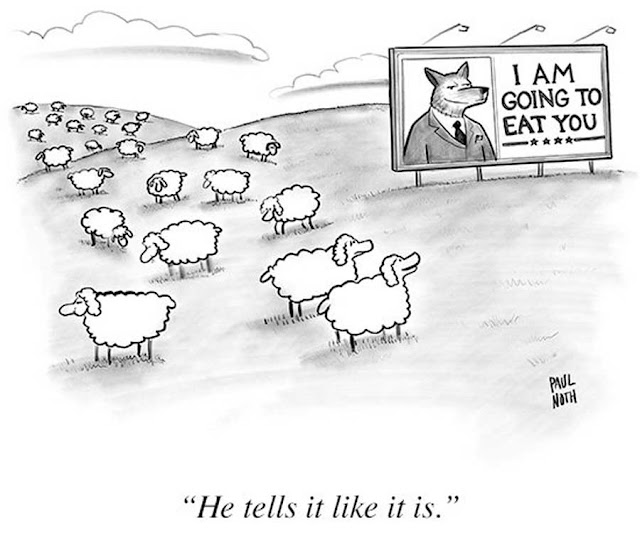 "A preening and vindictive strongman at the top, living in gilded opulence, and surrounded by generals and business cronies. Is this what a junta looks like? Or—with the Twitter-storms, the Cabinet-selection runway show, and the erratic broadsides at everything from the media and the C.I.A. to a local labor-union official—does the walk-up to a Donald J. Trump presidency seem like one long string of Onion headlines? Bit of both, actually. We’re on our way down the rabbit hole, and nothing is what it seems. Trump’s “Thank you” tour prior to being sworn into office wasn’t that at all. It was an ego-boosting victory lap. It was his “You’re welcome!” tour. Making vulture investor Wilbur Ross and Hollywood moneyman Steven Mnuchin the guardians of the nation’s economy? I mean, really? A climate-change denier at the head of the Environmental Protection Agency? An oil executive with no political experience but close ties to Russian president Vladimir Putin at the head of the State Department? When the best-read member of the Cabinet is nicknamed “Mad Dog” you know we are in uncharted waters. Trump is draining the swamp of tadpoles and filling it with Gila monsters. We may look back on November 8 and January 20 as days that will live in infamy—the beginning of an era in America when the country turned a corner, and, with headlights off, drove down a very dark lane."
--Graydon Carter, Vanity Fair
Posted by Jeff at 7:00 AM