London Collections: Men just ended in London, and here are a few details that caught my eye.

The Fashion East–administered new talent incubator called MAN shows three up and coming designers every season. The platform has produced some incredible talent including Craig Green. This season, a standout section belonged to Charles Jeffrey's Loverboy label. This Fall-Winter collection played on clothing from the Dark Ages through the Renaissance to Beau Brummel, including doublets and references to ecclesiastical cassocks... 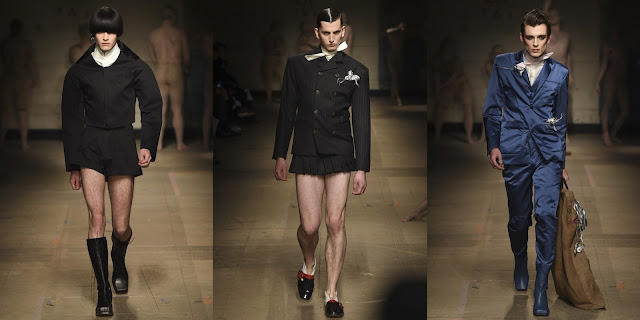 ...all over some pretty awesome square-nosed boots and monk strap shoes.

Christopher Shannon played on the anxiety of the zeitgeist in both a humorous but humorous-because-it's-true way by subverting the logos of large clothing retailers. Calvin Klein became "Constant Stress--I'm Done," the shoe manufacturer Timberlake morphed into Tumbleweed, and BOSS INTERNATIONAL proclaimed LOSS INTERNATIONAL. I think anyone with any sense and a head in which to process it is worried about the potential loss to come in our culture.

And since I'm a shoe man, two shows caught my eye. The Casely-Hayford show offered a fascinating shoe that on first glance is nothing special, but upon closer inspection turns out to be a kind of Frankenstein shoe, a cross between an athletic shoe and a sock in multi-colored fabric.

And Grace Wales Bonner showed some superb sandals--I know, I know, sandals for winter?--but the slight cut outs make them less of a sandal and more of a proper shoe. I adore her colors, harlequin diamonds, and cow spots. I once had a pair of black leather loafers whose tops were black and white hair on hide exactly like the pair in the middle on the bottom row. I adored them and wore those things until they literally dissolved. 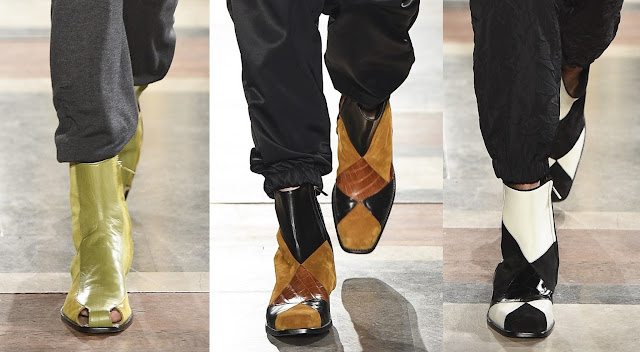 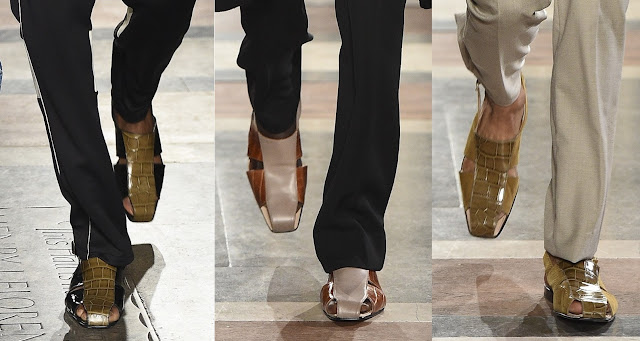 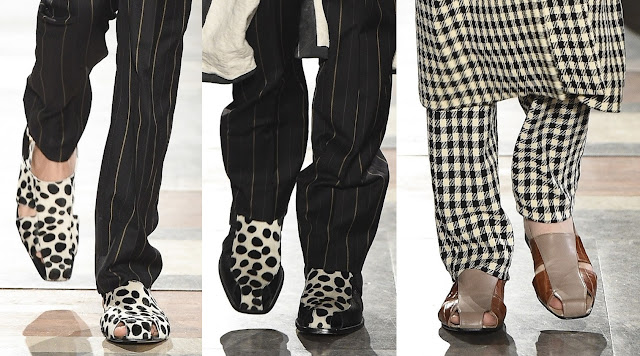