A grand retrospective of the amazing work of designer Rick Owens is currently at the Triennale di Milano until March 25,2018.

The Curve, the Triennale di Milano’s signature exhibition space, has been transformed by Rick Owens into an involving pathway through two decades of supreme creativity: a selection of more than 100 garments, objects, accessories, furniture, a sculptural installation, and runway videos are displayed and connected through a spectacular site-specific installation created by the designer for the occasion.

Based around an exploration of Owens’s influences, the show traces various themes and influences found throughout his work which includes artists like Alessandro Manzoni, Pierre Molinier, Marcel Duchamp and more.

One enters the retrospective space through horizontal stripes of light in mist, a highly theatrical effect Owens has used in his runway shows.

A massive black sculptural installation--Owens calls it a "Primal Howl"--made of a mixture of concrete, lilies, and Adriatic sand is suspended throughout the gallery space. Owens told Tiziana Cardini at Vogue, "When the Triennale very kindly offered me this beautiful 1930s white space, my first thought was: I need to defile it. So, I was thinking earth, something primal, and I needed a primal gesture. Twenty years ago I wrote something about myself, and one line was: 'I would lie a black glittering turd on the white landscape of conformity.' It was a good line, and that’s what I set out to do with my creative work; my oeuvre is a reaction, it’s my black glittering turd."

The show is not arranged in chronological order. Owens deliberately chose to mix his work and collections for a fresh approach. Because of this, viewers are able to pick up on motifs that have occupied Owens' imagination for the last several decades. 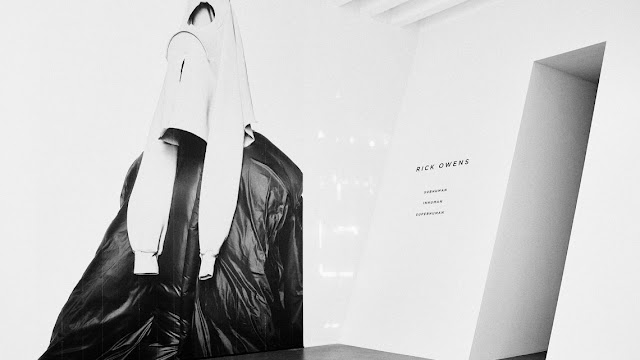 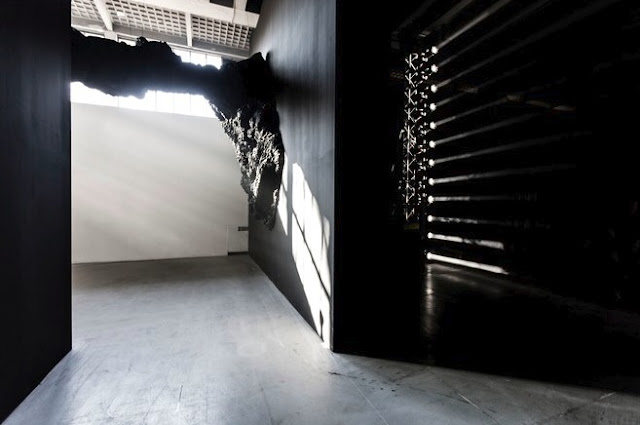 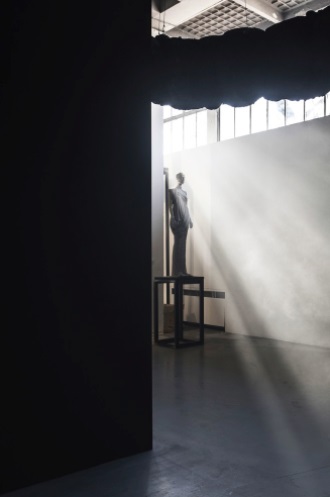 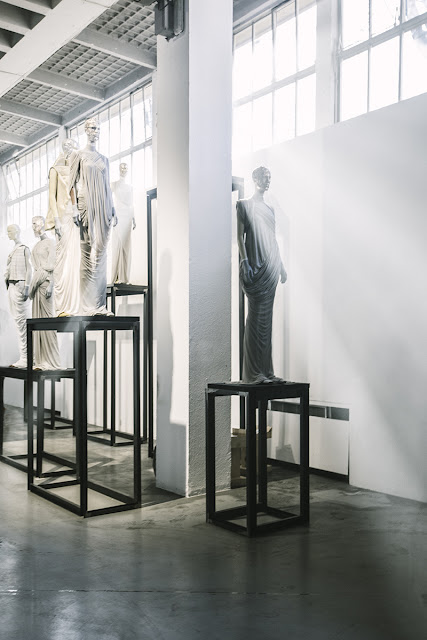 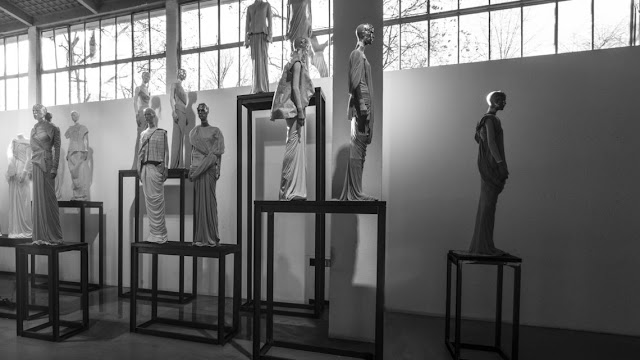 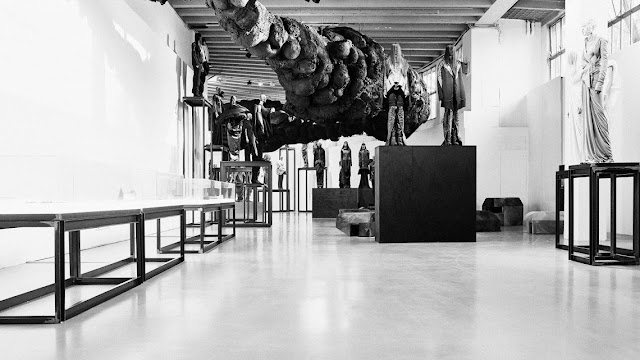 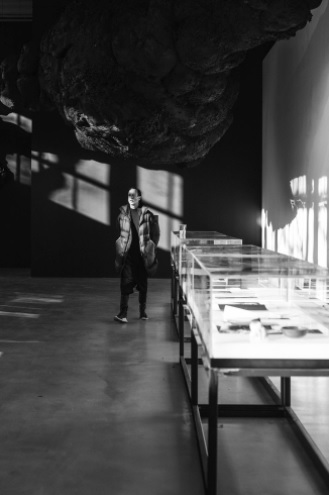 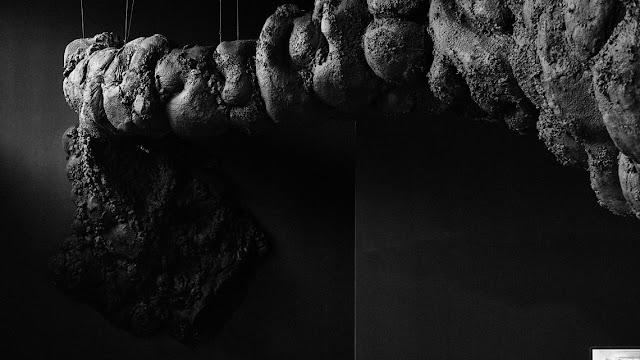 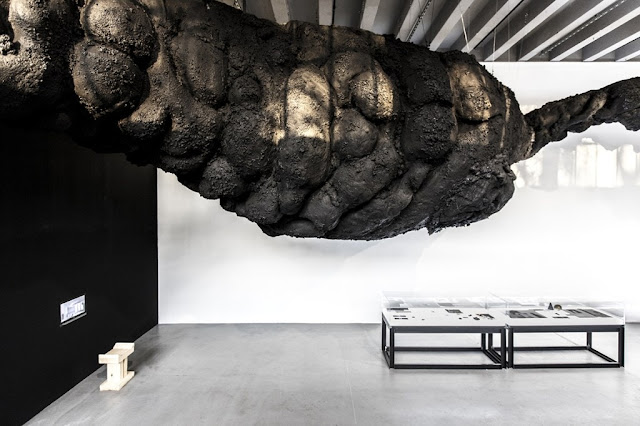 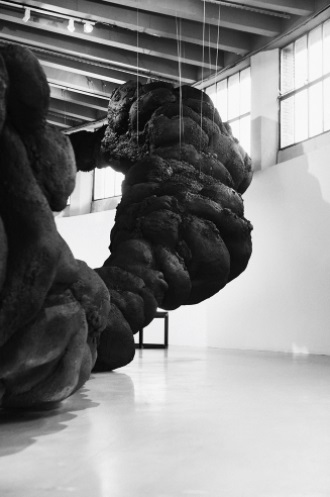 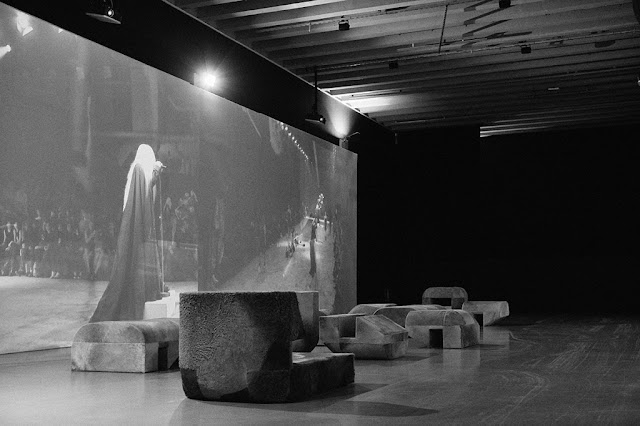 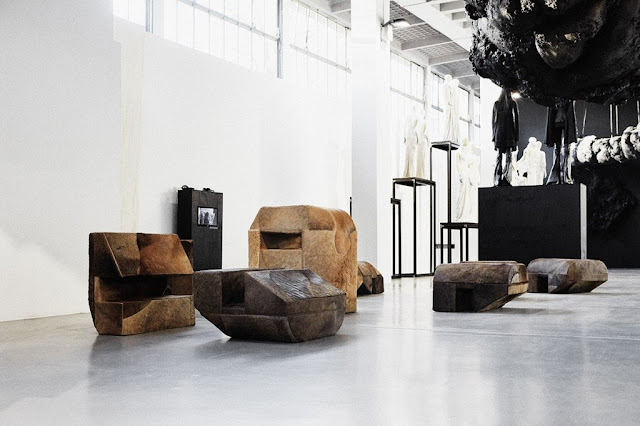 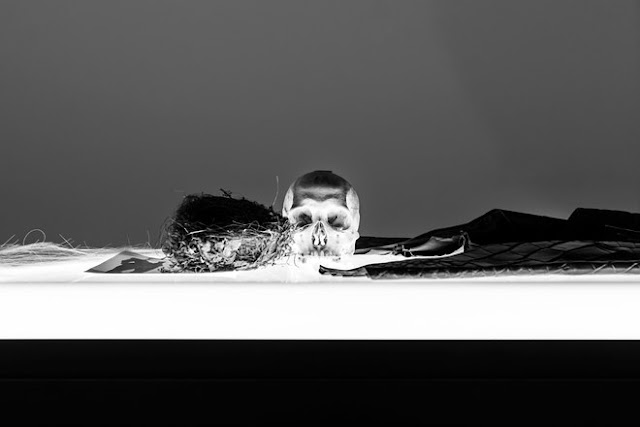