I have been a lifelong fan of The Smiths and Morrissey, and despite the fact that some of Morrissey's recent controversial--and ill-conceived--statements and beliefs (including aligning himself with For Britain, England's far-right party) have made it very hard to continue to like him, I can't help but be excited about his most current release. "California Son" is an album of covers, something I never would have expected from Morrissey but now that it exists, it makes perfect sense, especially looking at the songs he has chosen to cover. You can't go wrong covering songs from one of the greatest living singer/songwriters, Joni Mitchell (of whom I have also been a lifelong fan). And here he is singing the exquisite "Don't Interrupt The Sorrow" from the phenomenal 1975 Joni Mitchell album "The Hissing of Summer Lawns."

I'm leaving on the 1:15
You're darn right
Since I was seventeen
I've had no one over me
He says "Anima rising-
So what-
Petrified wood process
Tall timber down to rock!"

For comparison, here is Joni's original version. Morrissey may have changed a few words here and there and amped up the texture but he kept the sense.

Morrissey actually interviewed Joni Mitchell in 1996. The fascinating, two-part conversation can be heard below. 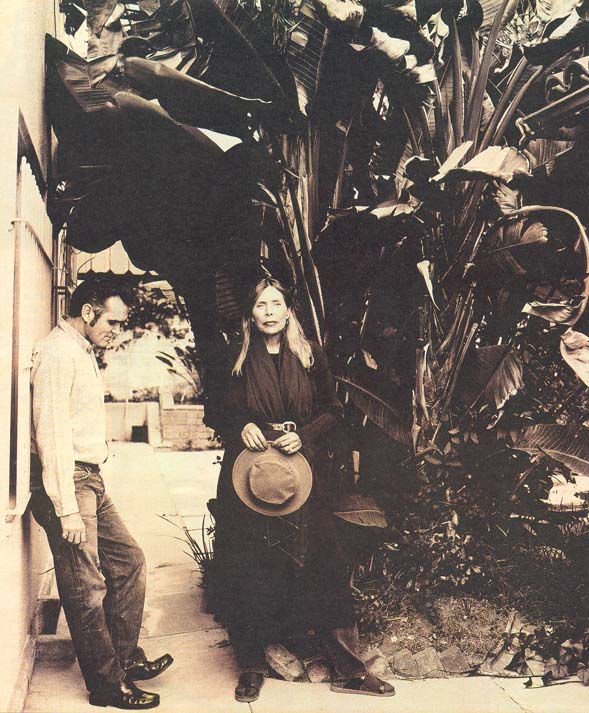