CATS in The Tube

The daily onslaught of advertising and intrusive imagery in our current society can be overwhelming so to combat that, a group calling themselves Citizens Advertising Takeover Service (or CATS) under the auspices of Glimpse purchased 68 advertising sections of wall space at the Clapham Common subway station in London. And now this Tube station has been taken over by cats: sweetly, many of the felines for this respite from visual pollution are stray cats from two rescue charities, Battersea Dogs & Cats Home, and Cats Protection. CATS have brought attention to the worthwhile cause of animal adoption but their ultimate goal on a much larger platform is to bring about general social change via creative campaigns. I say "Well done, CATS!" 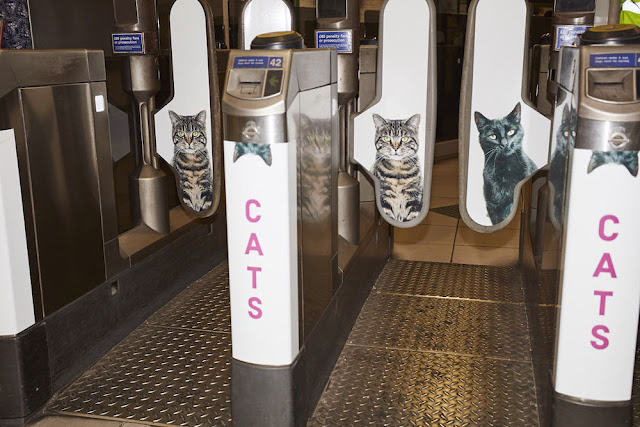 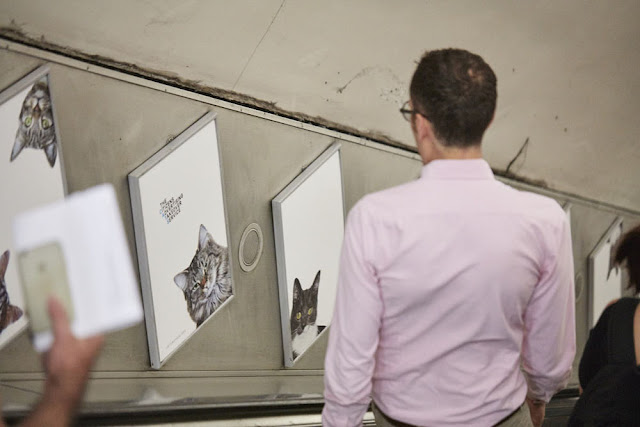 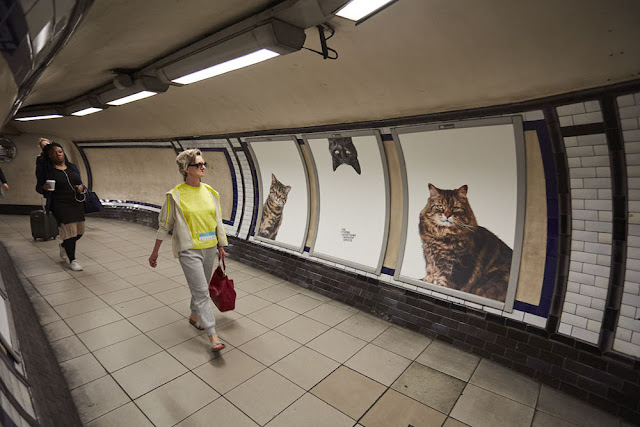 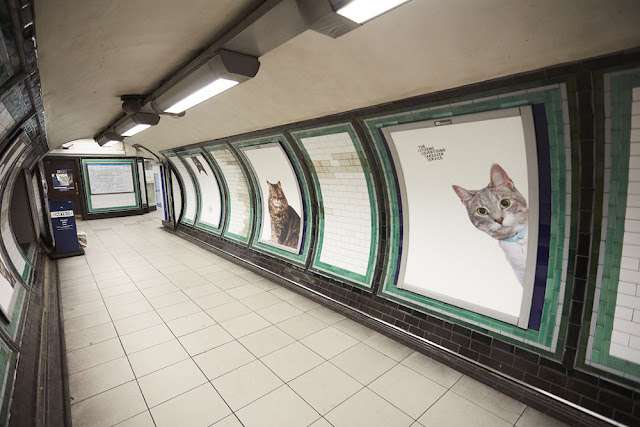 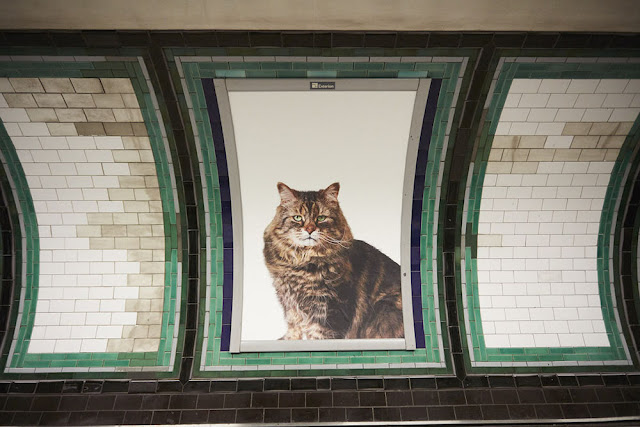 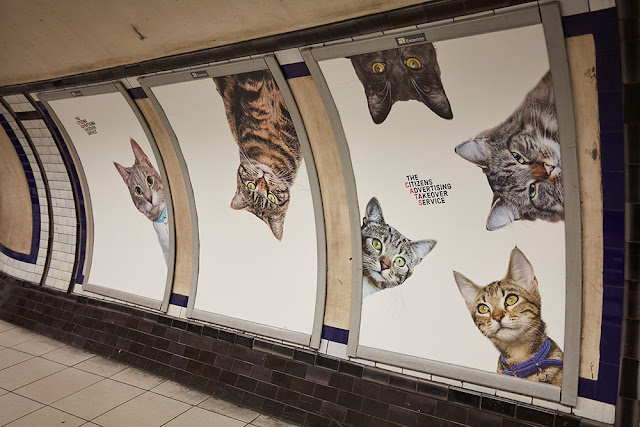 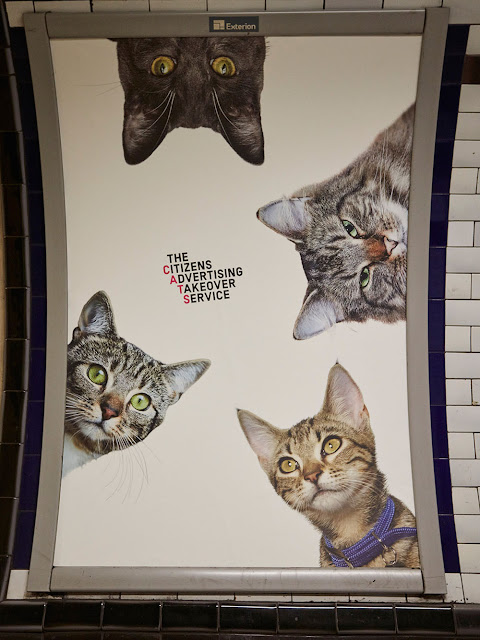 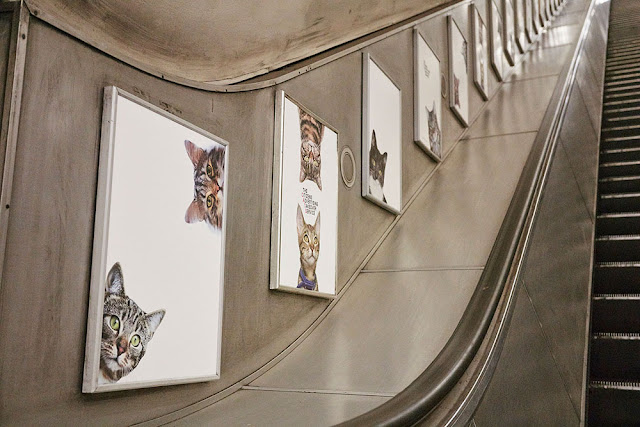