Alexander Girard (1907-1993) was a talented and influential graphic designer. Born in New York, raised in Italy, he worked with Herman Miller and Charles and Ray Eames, created memorable designs for many restaurants and created branding for Braniff Airlines as well as creating works for Georg Jensen and John Deere.

A few years ago, Vitra reissued Girard's wooden dolls based on folk art designs. He originally made these objects in 1963 (part decorative element, part toy) for his home in Santa Fe and carved and painted them himself. They remind me of the the outside of the Disney ride IT'S A SMALL WORLD. Inside, the little mechanical dolls are too precious and common, but the building that houses the ride itself is adorned with block-like designs of fonts, shapes and faces that beautifully reflect its 1964-66 creation.
http://www.vitra.com/en-us/home/products/wooden-dolls/overview/ 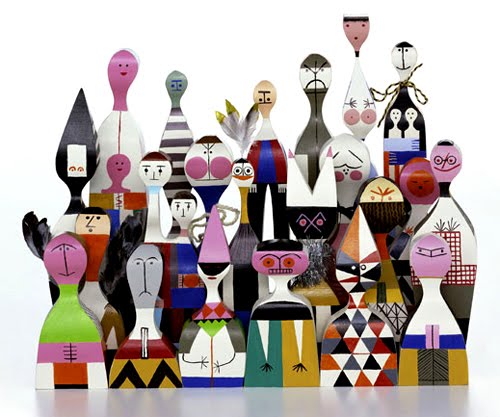 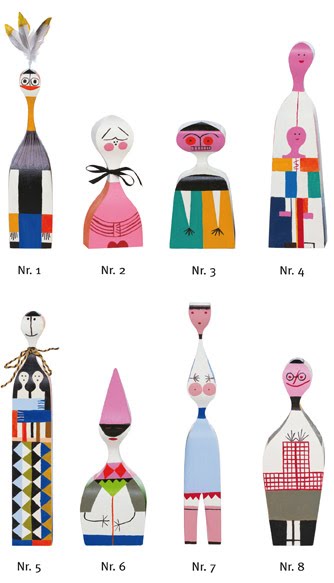 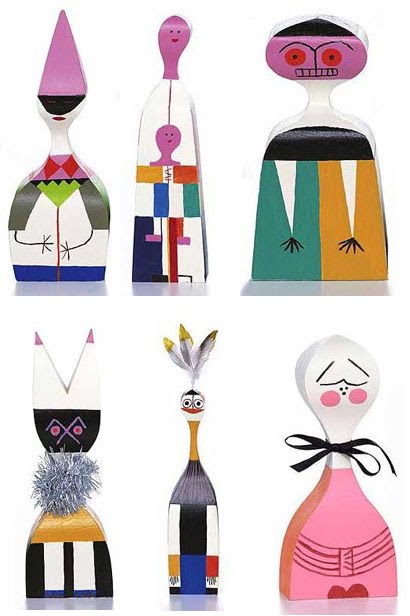 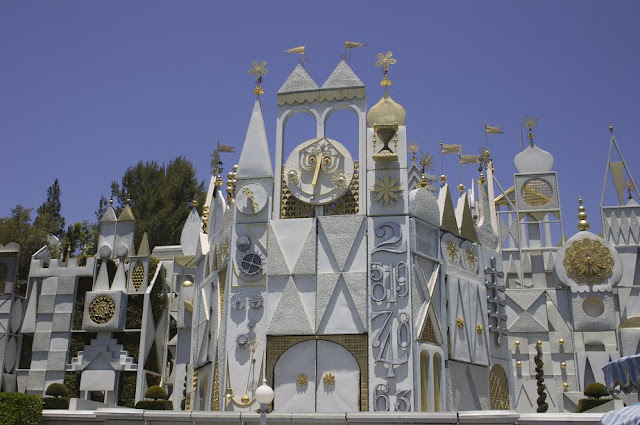 The tile company FLOR has created a set of carpet tiles based on Girard's designs for the New York City restaurant La Fonda del Sol. In 1961, Girard created over eighty different sun designs as well as well as menus, tableware, and floor and wall tiles for La Fonda del Sol, all based on a Latin American feeling. Notice the Girard dolls on the cocktail table in the last picture!
http://www.flor.com/service/flor/shop/rug/La-Fonda-del-Sol-Rug-Kit/R144000006-98289.html?bcreset=1 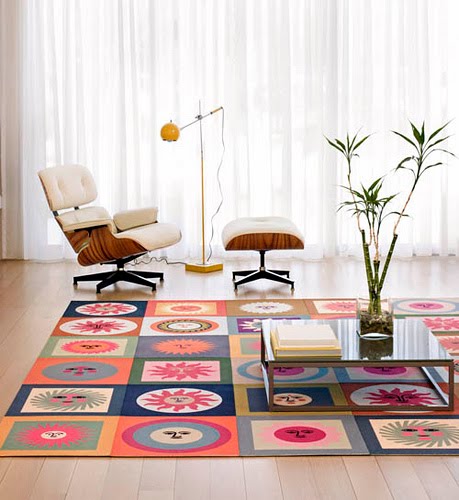 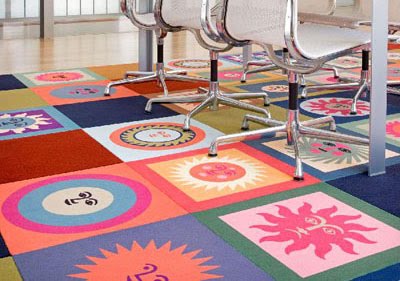 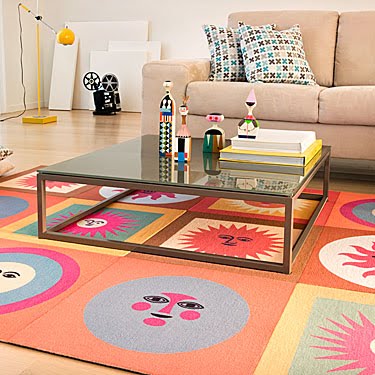 To see Girard's work for Braniff Airlines, visit this page:
http://www.braniffpages.com/1965/1965.html
It's worth a look to see how influential he really was!
“The hope of good design lies in those designers who believe in what they do and will only do what they believe…Contrary to hearsay, it is possible to make a living that way.”
--Alexander Girard
Posted by Jeff at 11:21 AM