In the early and middle part of the twentieth century, the legendary American painter Edward Hopper portrayed people alone (and by extension, lonely) in sparse locations, whether in a small town or a large city. His work held the promise of increasing alienation at the hands of a culture whose definition of progress is one that takes humans farther and farther away from one another. In Oakland, California artist Brett Amory's Waiting series, that promise has been fulfilled. Amory's people are as alone--and possibly lonely--and isolated in places devoid of detail or character as those in Hopper's world. But Amory's people are locked into a grim, urban/inner city landscape where it is always night and the only beacon of hope is a fluorescent tube in a corner liquor store. The folks in Hopper's Nighthawks At The Diner at least had some style and noir-ish flair. These poor folks are victims of a kind of poverty of spirit and of urban blight. 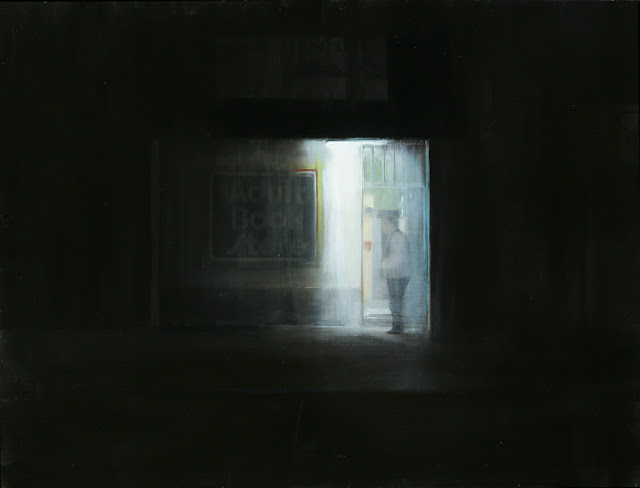 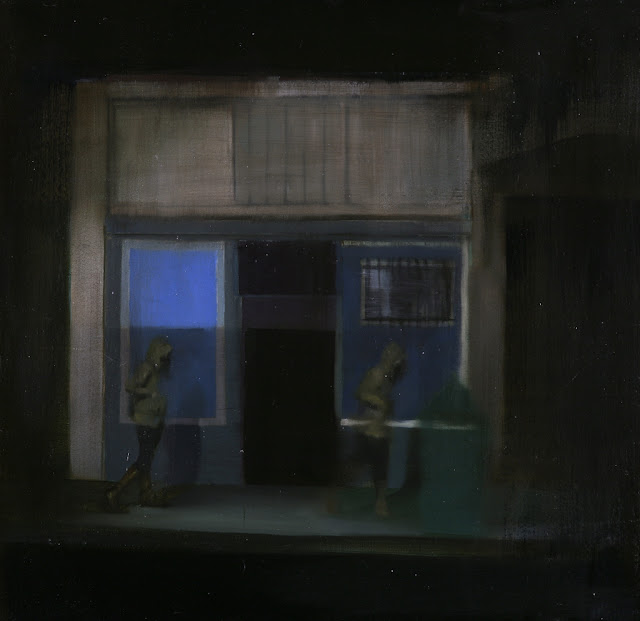 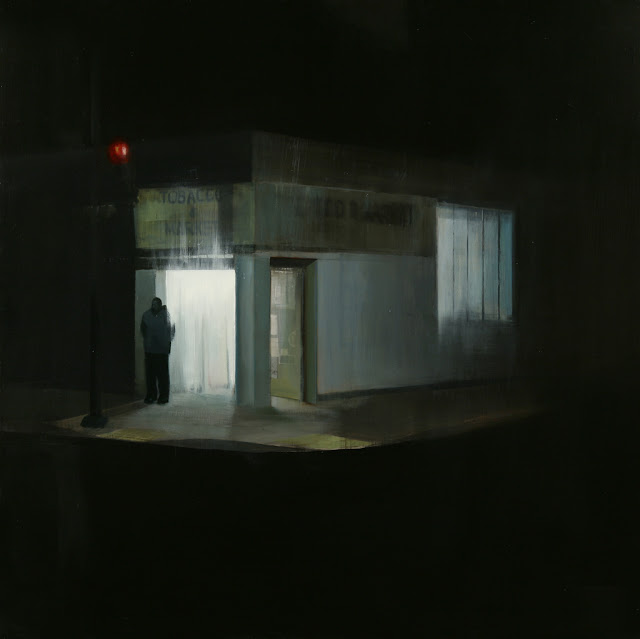