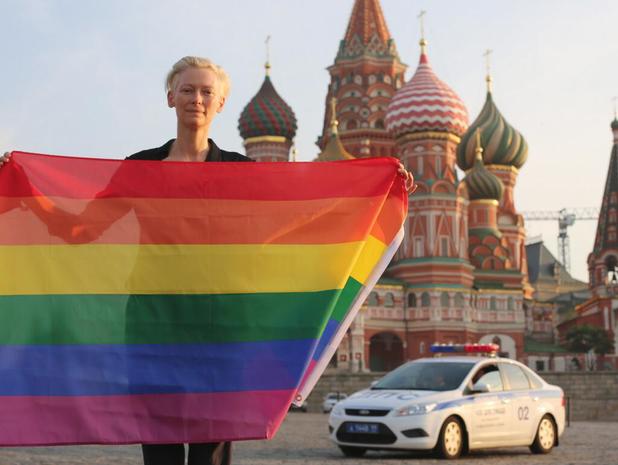 The star, who nabbed an Oscar for "Michael Clayton" in 2007, reportedly released the following statement on the photograph via her spokesperson: "In solidarity. From Russia with love."

Swinton's bold move comes at a particularly critical time for Russia's LGBT residents. Last month, Russian President Vladimir Putin signed a so-called "gay propaganda" bill into law which imposes large fines on residents who "provide information" about the LGBT community to minors, according to The Guardian. Similar laws had already taken effect in St. Petersburg and other cities.