It is fascinating when designers take an inspiration that is unexpected for them and infuse their own sensibility with it. There are designers who interpret their inspiration, and the best example of that would be John Galliano when he was designing, but Rick Owens' dedication to his own singular vision is, admirably, unwavering. So when Owens takes on a rather, um, "high brow" inspiration like Nijinsky's ballet "Afternoon of a Faun" which Nijinsky choreographed and danced for the Ballet Russes in 1912, Owens does not make his work fit the inspiration, he makes the inspiration fit into his work. His signature tunics and highly futuristic simplified garments reference the ballet by using color blocks. His palette this season ventures into unfamiliar territory for Owens, with pale dusty shades reminiscent of the set and costume design for the ballet. He even painted his models' entire bodies those colors, mimicking not only the palette but the full body suit Nijinsky wore as the faun. There were also references to the scarf left behind by the faun's love interest (which he masturbates on at the end of the ballet) in the fluttering pieces attached to shirts. Models also sported silver boots tipped with wings...or horns? 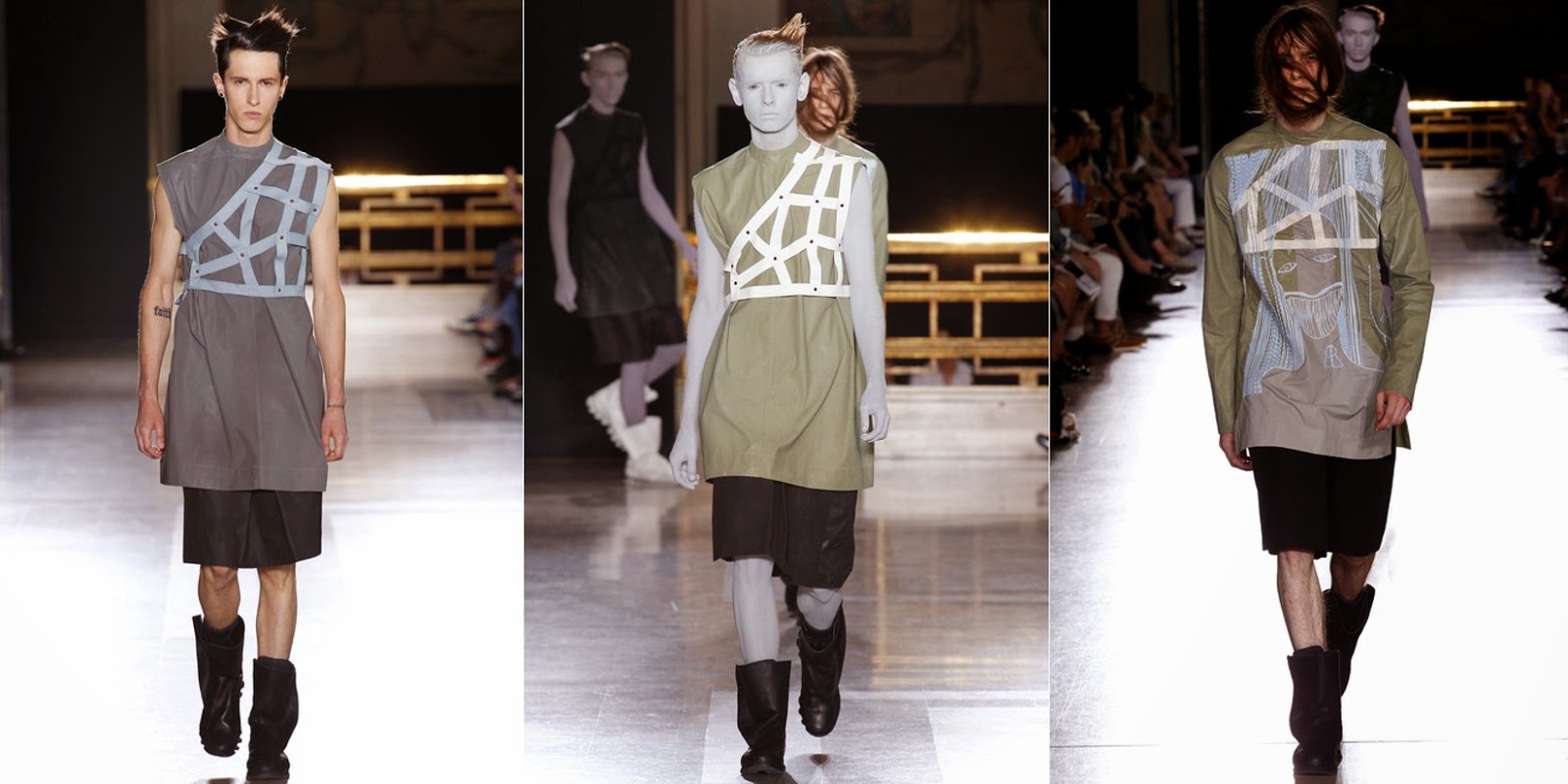 The box-like nature of the collection echoes the angular, geometric nature of Nijinsky's original choreography which in many ways resembled Egyptian hieroglyphics. The collection taken as a whole (and without knowing the inspiration) is possibly one of the most "alien" looking Owens has ever created.