Walter Van Beirendonck's enduring fascination with Papua New Guinea was on display again in an amazing mash up with Japanese aesthetics in his Spring Summer '15 collection at Paris Fashion Week. He can always be counted on to deliver a collection that clearly pushes the concept of fashion into art. There is a fearless sort of freedom with what he does season after season. His concepts are always engaging, puzzling, sometimes disturbing, and expansively liberating. The concepts seem to soar up and around like wild birds, or lightning. One never knows from what direction it's all going to come. Ideas assemble themselves in astonishing ways in his mind.

And it is also an example of why I find the world of haute couture so compelling. Clothing at this level truly is performance art and sculpture. And what Van Beirendonck is saying with this collection is, as usual, layered, oblique, and full of references and inferences. Intricate Japanese brocades were the fabric of choice for kimono-like jackets with slashes and gussets; random discs of contrasting silk brocade were attached, looking like floating Japanese Mon, or ancient circular family crests. This morphs, in Van Beirendonck's imagination, into gold epaulets and military accoutrements (tassels, braided cord, what passes abstractly for medals and insignia) that bring to mind the Emperor Hirohito.

Then we are detoured to New Guinea--those sunglasses with the tusks and bones are amazing. It gives the look of the pierced nose of a Papua native. Why has no one ever thought to do that to sunglasses before? Tim Blanks at Style.com explains the rest of the collection well: "...given that the symbol for CCTV footage dominated WVB's show notes, it was clear what we were being protected from. In his eyes, an invasion of privacy was a mere precursor to God knows what other predations. There is no one else who can spark such dark thoughts with such seemingly joyous clothes. This show ended with models reconfigured as exotic tribal birdmen, their faces bifurcated by huge beaks. On one side of the divide, they were painted in monochrome, on the other, bright colors. WVB imagined surveillance cameras confused by the split, in the same way that warships in WWII were painted with op-art 'dazzle camouflage.' But he was also thinking about Papua New Guinea, a longtime fascination, and how aboriginal cultures grant a totemic significance to ordinary objects from the West. Sitting in the audience at a WVB show, you were compelled to reflect on the way the same fetishizing impulse applies to our own culture." 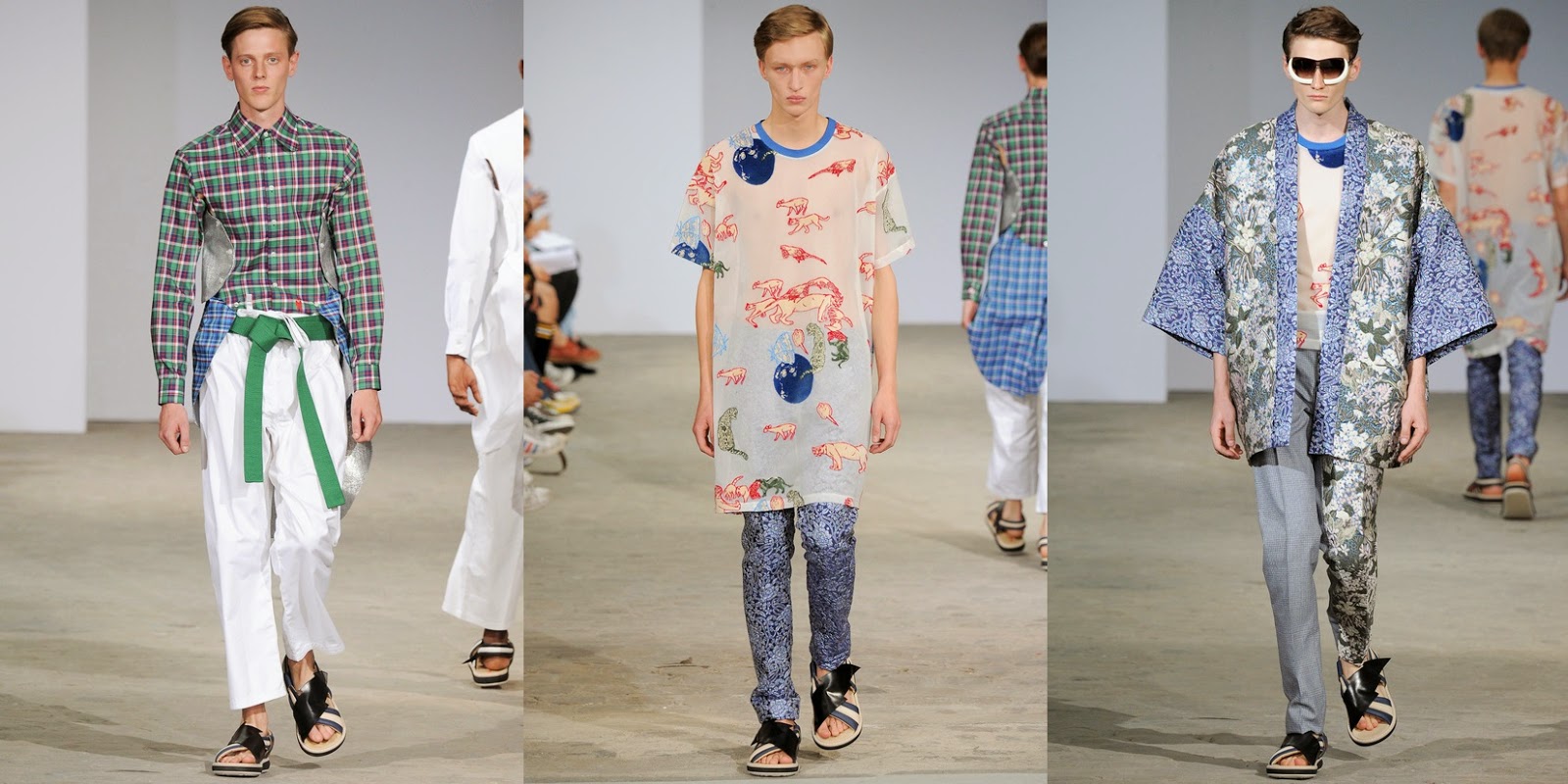 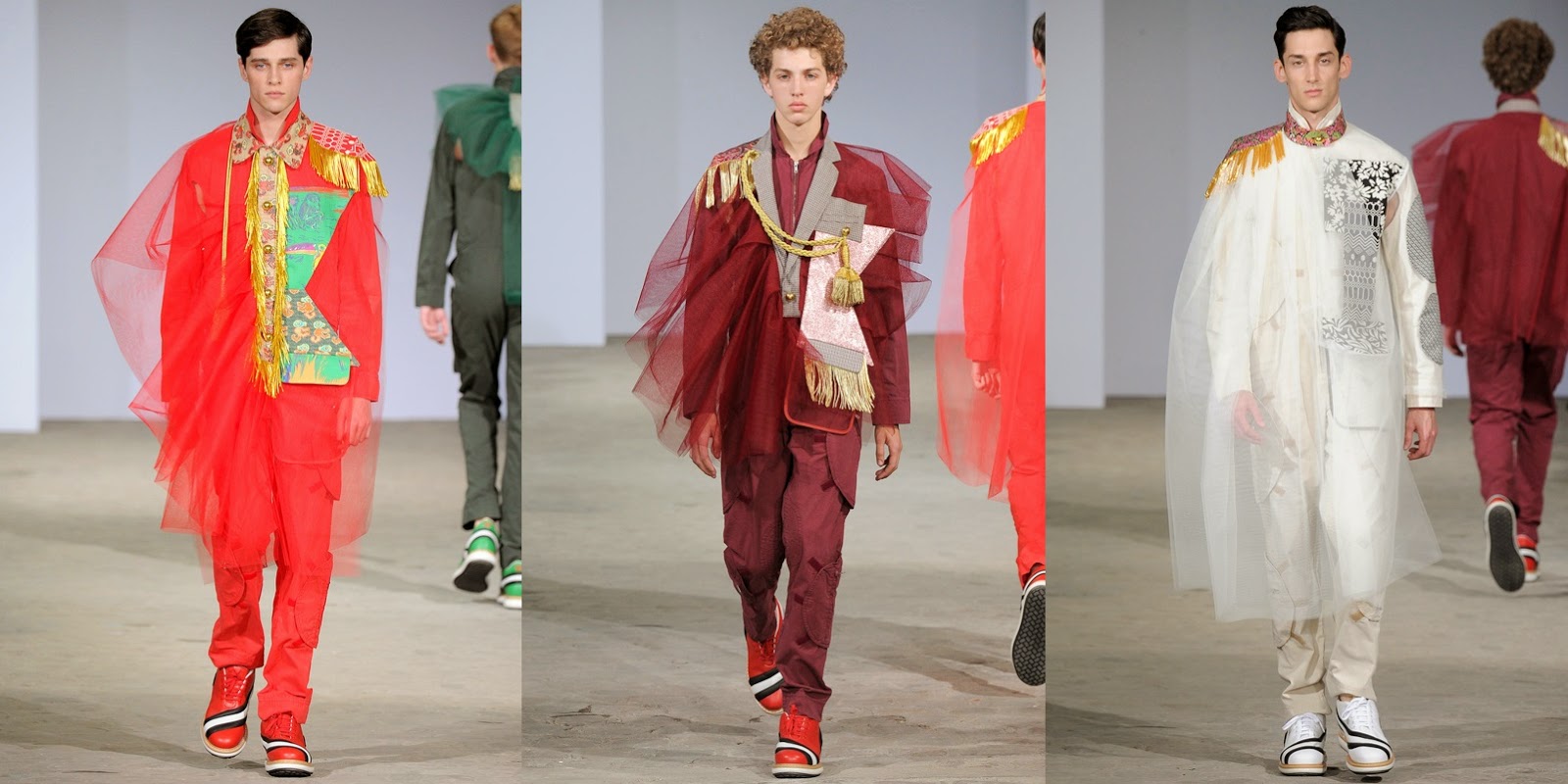 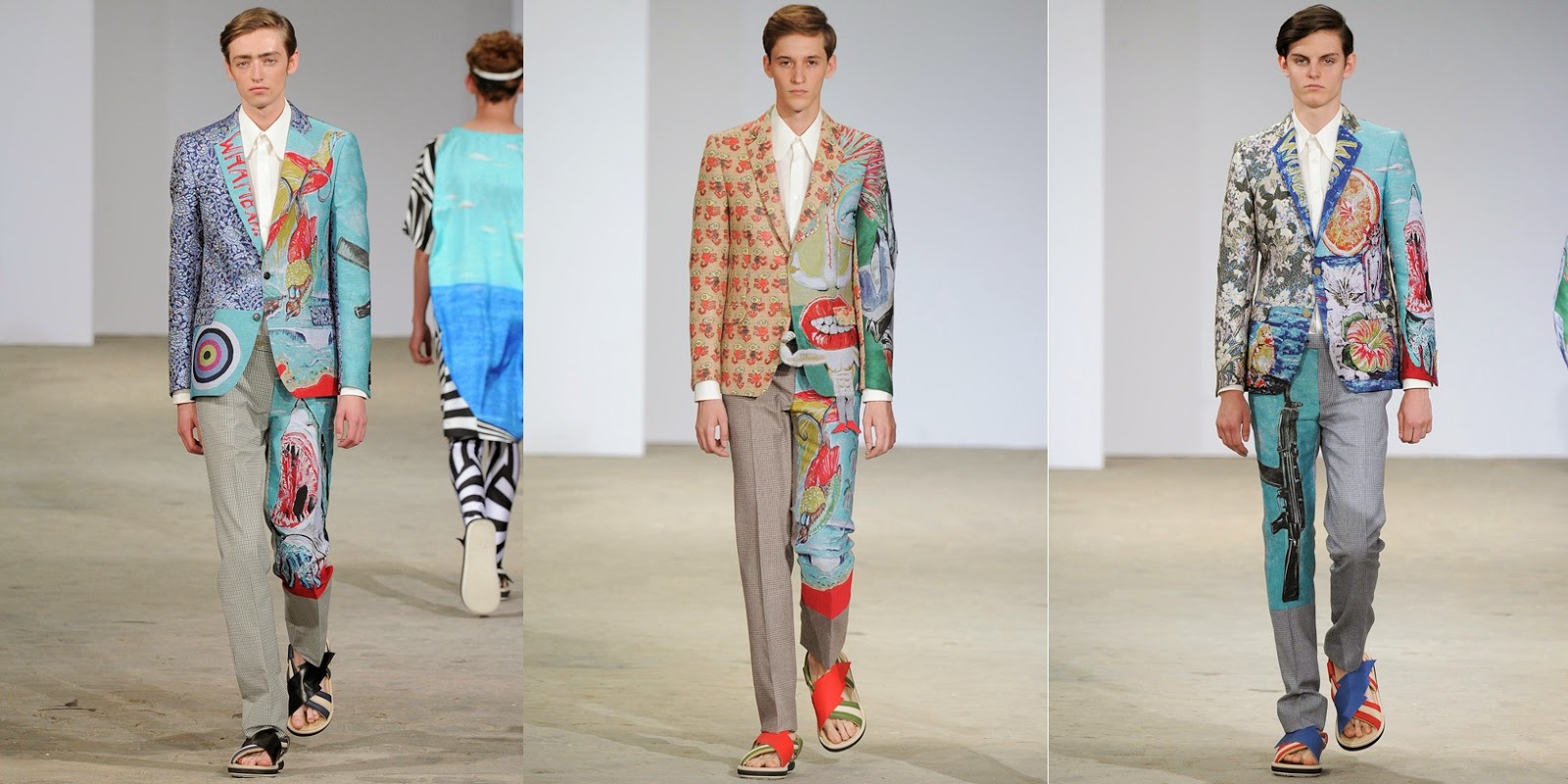 http://www.waltervanbeirendonck.com/
Posted by Jeff at 12:22 PM